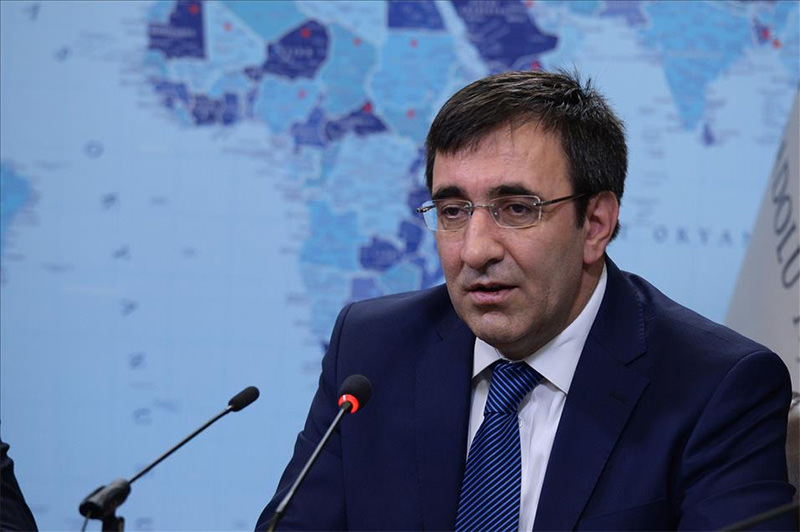 Turkish Development Minister Cevdet Yu0131lmaz (AA Photo)
by Hazal Ateş Dec 07, 2015 12:00 am
The government has made a move to prepare a 20-year development program which will remain in effect until 2035, in addition to decisively progressing on its way to achieving its goals for 2023, which include enhancing welfare, invigorating the labor market, strengthening macroeconomic stability, boosting infrastructural investment and improving institutional quality.

Speaking about the plan less than a week after the cabinet formed by Prime Minister Ahmet Davuıtoğlu received a vote of confidence from Parliament, Development Minister Cevdet Yılmaz has announced that in the new year the government will prepare a development plan that will cover the next 20 years by taking global developments into consideration.

The six-month program will address reforms, endeavors to improve the investment environment and pending legislations such as the revenue tax.

Touching on the fact that Russia has put restrictions on the imports of some Turkish goods, Yılmaz said that Russia is not the only alternative for Turkey as there are other markets and domestic markets to direct those products.

Yılmaz also said the action plan will include regulations about the transfer of the rise in urban value to the public sector and the deriving of those funds will be used in urban development.

Underlining that there are no problems with the financing of mega projects such as the Kanal Istanbul project, he stated that the public and private sectors will likely cooperate.
Last Update: Dec 07, 2015 7:39 am
RELATED TOPICS