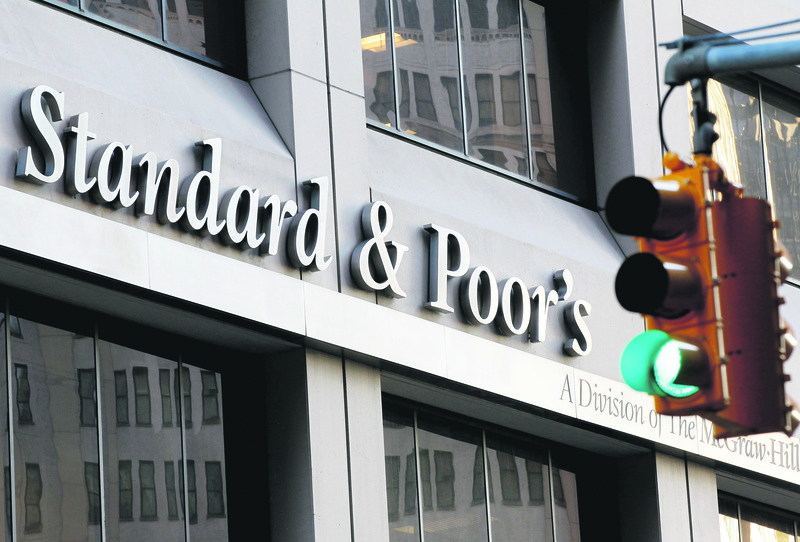 by Daily Sabah Dec 12, 2015 12:00 am
U.S.-based credit agency Standard and Poor's (S&P) said it could upgrade Turkey's credit outlook from negative to stable if Turkey realizes reforms regarding lowering its dependence on external borrowing and ensuring enough growth in its output, which moves in accordance with the increase in its labor force. In its recent report on the credit outlook of emerging countries for 2016, S&P emphasized that Turkey has one of the weakest external borrowing indicators among developing countries. "For this reason, the carrying out of the reforms concerning the reduction of dependence on external borrowing and at the same time the sustainability of the necessary growth rate in output to correspond to the increase in labor force may lead us to revise the credit outlook to 'stable,' " S&P report said.

The report said these reforms could be backed by "alleviating the pressure, which has been increasing in recent years, on the independent institutions such as [the] Central Bank, Banking Regulation and Supervision Agency and judiciary."

On Thursday, the government announced its 2016 action plan, which includes realizing election promises and economic reforms. Among the biggest three credit rating agencies, only S&P rates Turkey below the investible level at BB+.
RELATED TOPICS