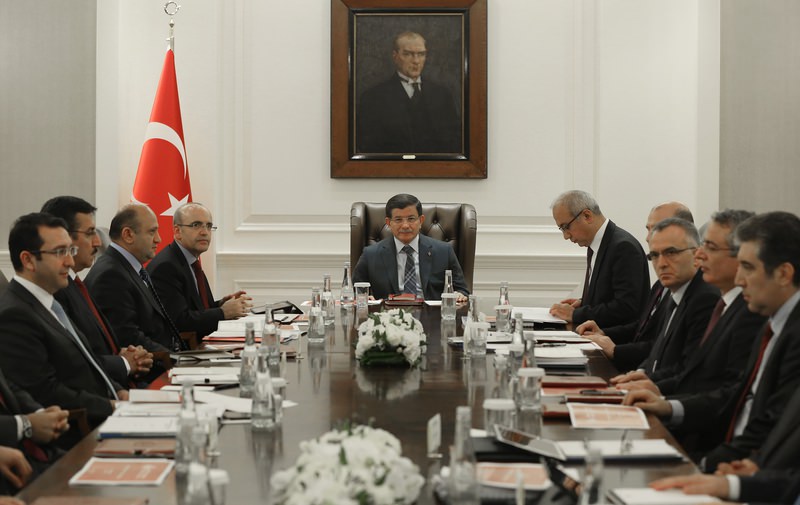 by Daily Sabah Dec 13, 2015 12:00 am
Turkish Prime Minister Ahmet Davutoğlu convened the government officials and top finance administrators on Saturday for the first meeting of the 64th government's Economic Assessment Board.

The statement released after the meeting stated that the structural reforms will strengthen Turkey's macroeconomic objectives while protecting the country's financial structure from global economic risks.

President of Turkish Central Bank, Erdem Başçı also briefed the officials regarding the volatility of foreign markets and the officials agreed to complete the 2016 budget planning, the statement read.