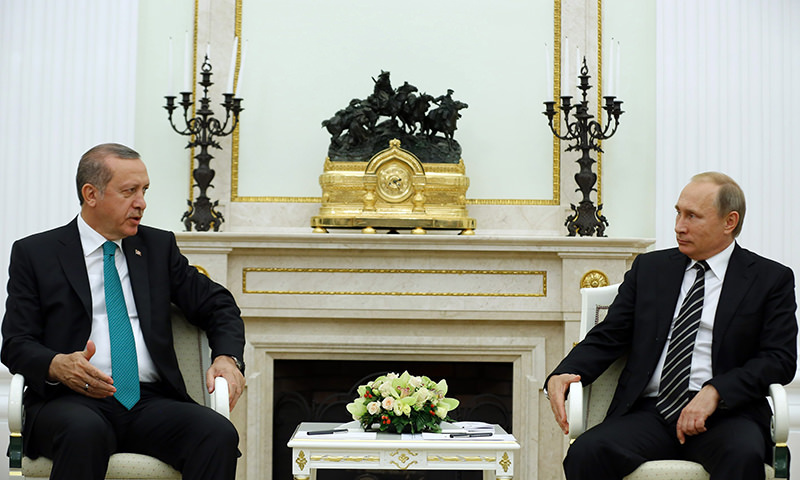 | AA Photo
by Daily Sabah Dec 14, 2015 12:00 am
The press spokesman for the Kremlin, Dmitriy Peskov, said on Monday that the Turkish-Russian High Level Cooperation Council meeting, which was supposed to be held in Saint Petersburg in December, would not take place, as relations remain tense after Turkey shot down a Russian warplane last month.

Thereby, Russian President Vladimir Putin will not host his Turkish counterpart, Recep Tayyip Erdogan, at the bilateral summit in St Petersburg on Tuesday, in spite of the expectations.

Speaking to journalists in Moscow, Peskov said that there are no plans to hold the Turkish-Russian High Level Cooperation Council meeting. "It will not happen. It is not planned," Kremlin spokesman Dmitry Peskov told journalists, state news agency TASS reported.

This reverses a statement issued in late November, when Peskov stated that there was no official cancellation of the meeting, though there were many question marks about it.

After Turkey downed a fighter jet that violated Turkish airspace near the border with Syria and which turned out to belong to Russia, Putin's administration announced that it unilaterally suspended cooperation with Turkey in a number of fields, especially in trade.
Last Update: Dec 14, 2015 5:34 pm
RELATED TOPICS