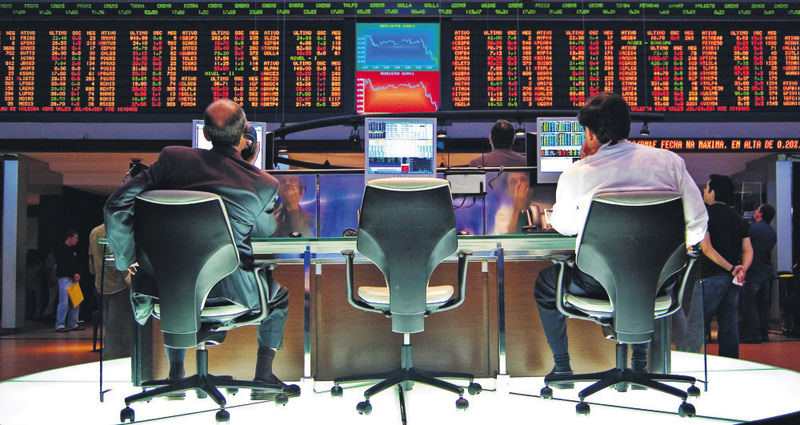 Since global markets were well-prepared for an interest rate hike from the U.S. Federal Reserve (Fed), stocks were mostly up on Thursday and cautious central bank made calculated moves the Fed's announcement

There was no panic in global markets Thursday after the long-anticipated U.S. Federal Reserve (Fed) interest rate hike announced on Wednesday. Stocks were mostly up, especially in emerging markets that were evaluated as the most vulnerable ones. The Turkish lira stood at 2.93 against the dollar, following the move of the Central Bank of the Republic of Turkey (CBRT). Interest rates on dollar-denominated required reserves, reserve options and bank reserves were raised from 0.24 percent to 0.49 percent in reaction to the Fed's decision. Analysts closely follow the CBRT's moves, since the bank previously noted that decisions on the simplification of its monetary policy and raising interest rates will be made according to the Fed's moves.

The Fed's move to lift its key rate by a quarter-point to a range of 0.25 percent to 0.5 percent ends an extraordinary seven-year period of near-zero rates that began at the depths of the 2008 financial crisis. The Fed also committed to four more interest rate hikes in the coming year.

The interest rate used by the CBRT is adjusted frequently according to current global and local financial conditions and is updated on a daily basis at 9:30 a.m. on Reuter's CBTB website. This practice was first implemented in May, when the first rate was defined as 0.12 percent.

Furthermore, the People's Bank of China set its official midpoint rate at 6.4757 yuan per dollar prior to the market open yesterday, its weakest level since June 2011 and 0.2 percent weaker than the previous fix of 6.4626. The sharply weaker yuan midpoint reflected the dollar's strength in global markets after the Fed raised its policy interest rate overnight, traders said. The dollar gained against the euro and yen yesterday. The dollar also gained gradually against the South African rand, which fell 0.47 percent to 15.01. The Brazilian real also declined against the dollar from about 3.84 to about 3.89 on Thursday morning.

In a note published late on Wednesday, JPMorgan said increasing dollar strength should be expected in 2016. But the dollar's increase in value would be gradual, according to the analysts.

The Fed raised its main interest rate by a quarter of a point, a move that was widely anticipated in the markets. That rate had been near zero for seven years to foster an economic recovery after the U.S. mortgage crisis that sparked a global recession. The rate hike was a long-expected vote of confidence in the U.S. economy. At the same time investors were encouraged that the Fed emphasized that further increases will be gradual.

Analysts said a rout was not expected. "The Fed did what it had promised, and so markets were not shocked by the move," explained Christopher Dembik, an economist with Saxo Banque in Paris.

Turkish business communities welcomed the decision, since it means the end of a period of uncertainty. Istanbul Chamber of Commerce Chairman İbrahim Çağlar said the chamber looks at the decision positively, indicating that a puzzle is solved and an uncertainty is over. "We know that the markets already priced out the process. This is because 2015 taught us that we can develop immunity to 'new normal,'" Çağlar said.

Global stock markets surged yesterday as the Fed's decision ended a period of uncertainty that had been roiling investors for the past few months. The Fed's signal that rate rises over the coming months will be gradual also helped soothe concerns.

Taking their cue from Asia earlier, European stock markets posted big gains. Germany's DAX advanced 3.2 percent to 10,807 while the CAC-40 in France rose 2.3 percent to 4,732. The FTSE 100 index of leading British shares was 1.5 percent higher at 6,149. U.S. stocks were also poised for a solid open after advancing in the wake of the Fed's decision Wednesday. Dow futures and the broader S&P 500 futures were up 0.2 percent.