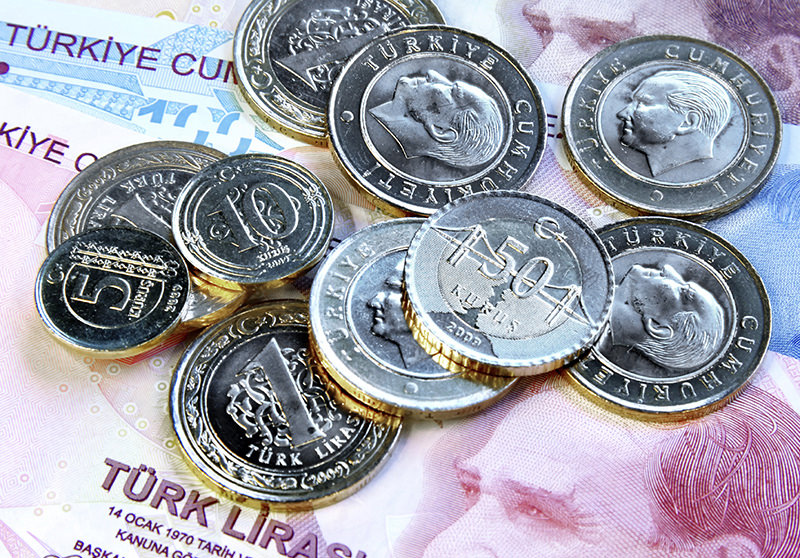 | File Photo
by Anadolu Agency Dec 18, 2015 12:00 am
The Turkish lira has rebounded against the dollar on Friday as traders shrugged off the effects of the interest rate increase by the U.S. Federal Reserve on Wednesday.

In early morning trading Friday, the lira rebounded from about 2.954 to as high as 2.920 to the U.S. currency.

The Turkish lira seems to be holding at the 2.92 level, although on Wednesday night it rose as high as 2.91.

Meanwhile, the euro and the Japanese yen both dropped sharply lower against the U.S. dollar.

"We are looking at a more stable year in terms of currency volatility," commented Bora Tamer Yılmaz, an economist with Ziraat Securities in a note published Wednesday.

Analysts at the Swiss bank Dukascopy said that the lira has continued a bullish trend since the beginning of December, and that the currency could soon test the 2.90 level.