US extends sanctions on Russia due to Ukrainian crisis 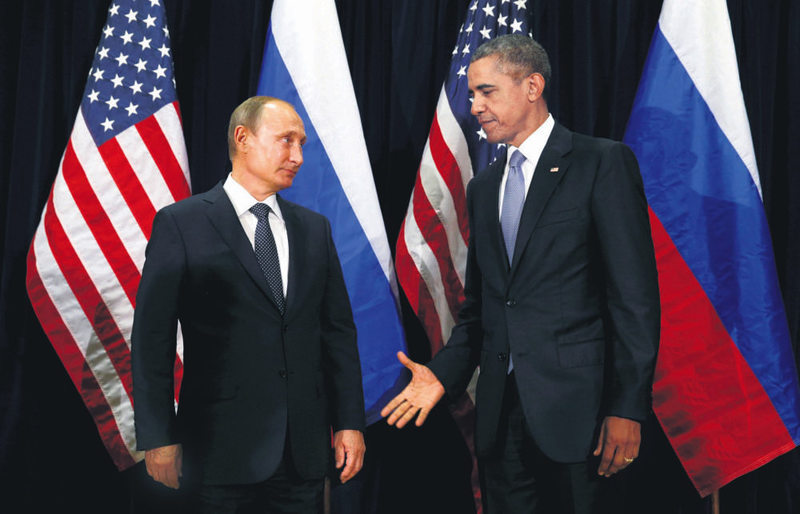 The U.S. government announced that it is extending the scope of sanctions imposed against Russia due to the crisis experienced with Ukraine. The Kremlin deemed the decision ‘illogical and hostile'

The U.S. government has decided to impose sanctions on 34 people and institutions that pose a threat to Ukraine's security and stability or have violated the implementation of current sanctions on Russia. According to a written statement from the U.S. Treasury's Office of Foreign Asset Control (OFAC), the decision will be applied to 22 individuals and 12 institutions in order to maintain the efficiency of the current sanctions.

Fourteen of the individuals and institutions have been added to the blacklist for attempting to break the current sanctions or being under the control of sanctioned institutions, six for threatening the safety or stability of Ukraine, 12 for engaging in business in Ukraine's Crimea and two individuals, who are former Ukrainian government officials, have been blacklisted for being party to the crime of embezzlement of public assets.

The majority of individuals and institutions added to the blacklist have some sort of connection with the Russian businessmen Gennady Timchenko, Arkady Rotenberg and Boris Rotenberg, who had been blacklisted for trying to violate the sanctions. The U.S. deemed these individuals as being in the "close circle" of the Russian government and have had sanctioned imposed on them as of March 2014 for providing financial support to or acting on behalf of high-level Russian authorities.

Six separatists have been blacklisted for threatening the safety or stability of their countries: Serhiy Kozyakov, Vladyslav Deynego, Sergey Tsyplakov, Vasily Nikitin and Aleksandr Kofman.

Vitaliy Zakharchenko and Dmytro Tabachnyk have been included on the list for embezzlement of Ukrainian public assets.

OFAC further sanctioned various affiliates of which at least 50 percent are owned or controlled by the already sanctioned Russian VTB Bank, Sberbank and Rostec and assets of these individuals and companies in the U.S. have been frozen and they are banned from establishing any kind of commercial relations with American institutions.

OFAC Assistant Director John Smith also issued a written statement that said Russia should fully implement its commitments under the Minsk Agreements and that the U.S. continues its commitment to seek a diplomatic resolution to the crisis in Ukraine and for peace to be restored. "These steps also demonstrate our sustained commitment to a policy of non-recognition with respect to Russia's purported annexation of Crimea, and our intent to maintain Crimea-related sanctions until Russia ends its occupation of the peninsula," Smith said.

The U.S. decision for further sanctions was announced right after the European Union declared that its own economic sanctions on Russia will be extended until June 31, 2016. Accordingly, the EU's 28 member states cannot sell weapons or certain energy-related technologies to Russia and Russian state banks are excluded from the finance sector in Europe

A total of 149 individuals including the Deputy Prime Minister Dmitry Kozak, Russian Intelligence Agency President İgor Sergun and Crimean leader Sergey Valeryevich Aksyonov are already sanctioned by the E.U. Moreover, the individuals and companies added to the U.S. Treasury blacklist are already included on the EU's sanctions list.