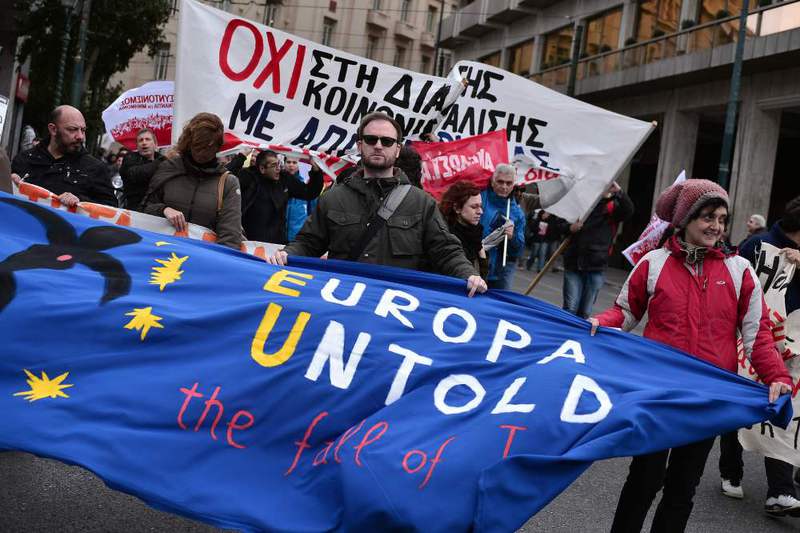 by French Press Agency - AFP Jan 18, 2016 12:00 am
The Europeans want it and Athens is resigned to its presence, but the International Monetary Fund (IMF) has still not decided whether it will participate in the third financial bailout for Greece, and continues to set out its conditions.

"We have not decided anything in the financial sense on a possible participation," IMF Managing Director Christine Lagarde said in an interview published Friday. In 2010 and again in 2012, the world's crisis lender was a key member of the "troika" behind the rescue plans for Greece, together with the European Commission and the European Central Bank. Deeply worried over a meltdown of the eurozone, the IMF had gone so far as to create a special systemic exception that allowed it to go beyond its loan limit rules in special situations. It then committed its largest loan in history to Athens, eventually close to 50 billion euros ($55 billion) in total. The IMF then took a central role in setting the terms for Athens's rescue, dictating economic reforms and instituting financial discipline, which included a harsh dose of austerity, in return for its involvement.

But times have changed, even as the country remains in recession after five years under the stewardship of the troika. The IMF does not now appear so willing to join the Europeans, who agreed last summer on a new 86 billion euro plan to support Greece. Yet, under pressure from Germany, EU institutions have made the IMF's involvement a primary condition of their deal.

And the Greeks, who have alleged that the IMF bears "criminal" responsibility for their suffering under the first two programs, which failed to stabilize the economy, have also accepted the idea.

"The IMF's participation is planned. We are sticking to this commitment," Greek Finance Minister Euclid Tsakalotos told the German newspaper Handelsblatt this week.

So far the IMF has remained unmoved by the appeals, and before it gets involved again, the IMF is pressing Greece to implement more tough austerity measures. It also insists that EU institutions cut Greece's debt burden, which has reached nearly 200 percent of the size of its economy.

"We need both legs," IMF spokesman Gerry Rice said this week, referring to the two conditions. He stressed that the IMF remains in talks with the other parties. But the IMF also appears to want to move beyond this controversial chapter, which saw it twisting its own rules to lend huge sums to Greece before the country had stabilized its finances or made its debt sustainable, as is usually required for an IMF loan.

"There are a lot of people at the IMF, particularly in the emerging markets, who are asking what is going on. The IMF has one set of rules for emerging markets, which are tough, and when it comes to European [countries], they don't mind that the country doesn't meet the conditions,'" said Desmond Lachman, a former IMF official. He said the Greece case had raised questions over the IMF's credibility. At any rate, the IMF can afford to wait. Unlike in 2010, EU institutions have a financial rescue mechanism now that has reduced fears of the Greece crisis dragging down the EU's or the global economy.
RELATED TOPICS