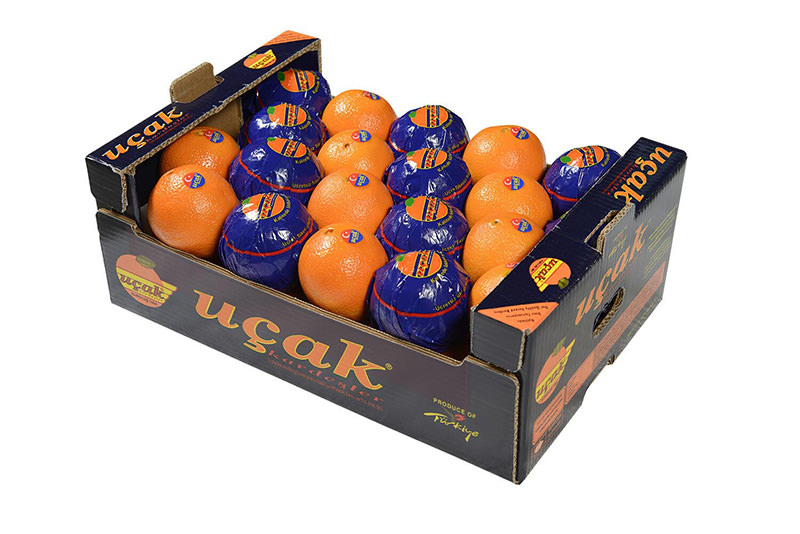 by daily sabah Jan 21, 2016 12:00 am
The Turkish company, Uçak Kardeşler which exports fresh vegetables and fruits, has been recently hit not only by Russia's general ban on food imports from all Turkish companies (following the jet crisis), but was also criticized by Russia due to its name, which means "Plane brothers" when exactly translated.

Hayrettin Uçak, the chairman of the company, reportedly said that firms with which they did business in Russia told the company, "Not only are you downing our jet, but you are also sending us products with 'plane' written on them [referring to company's sticker], as if you are mocking us."

The chairman Uçak said, the Russian firms were thereby accusing his company of creating tension "deliberately".

"This is just an interesting coincidence," he said.

The Uçak Kardeşler Company takes its name from the surname of the family that owns the company. The company says on its website that it started its commercial activities in 1970 within the sector of vegetable, fruit and citrus, and one of the leading exporters in the region, among which is also Russia.

Following Turkey's shooting down of a Russian military jet over the Turkey-Syria border in November, however, the company was partially hit economically. Russia imposed a range of unilateral sanctions on Turkey, including a ban on food imports. This situation led to the company being able to sell only citrus, grapefruit, and pomegranate to Russia, forced to exclude orange, tangerine, grape, and tomato from its export list. Prior to the jet situation, 60 percent of the company's exports was said to go to Russia.

"10 days after the downing of the jet, we started to have problems as to the entry of the products into Russia. We were sending our own trucks, but they did not let them in, so we directed them to other countries and sold them in our own country," the chairman Uçak said.

He said that following the crisis, not only did Russia start to let the entry of only three products into its borders, but also it started to associate the company's name with the incident of downing jet.

"Our products came back. This is not a problem for us. This was even an issue on social media," he said.

"We will no longer send the three products [to Russia]. I am not changing my 31-year-old company's name just because Russia showed a reaction. We first went through hard times, but then we found alternative markets. We are now selling to Saudi Arabia, Israel, and Dubai," the chairman added.
Last Update: Jan 21, 2016 2:36 pm
RELATED TOPICS