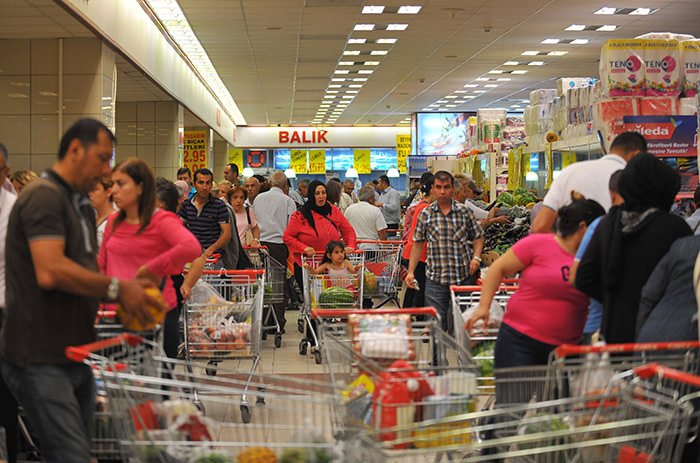 Turkey's consumer confidence index rose for a second month in a row in April, the Turkish Statistical Institute said Thursday.

The largest improvement among sub-indices was in the probability of saving index, which tracks attitudes to saving. The index saw a 13.1 percent or 2.74 points rise compared to the previous month.

Unemployed saw a 1.9 percent increase on the previous month to reach 69.11 points in April.

Attitudes over the general economic outlook also saw a rise -- 1.8 percent as it jumped from 89.41 points to 91.02 points for April.

However, the financial expectations index showed a meager increase of 0.2 percent, well behind the improvements in other measurements.