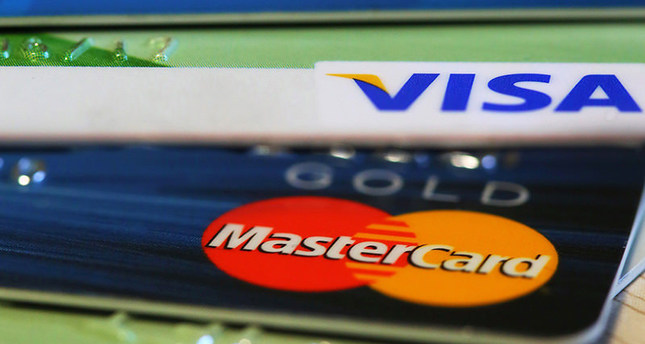 "We are ready. Since April 1, 2016, TROY has been available at all swiping machines and ATMs," Soner Canko, chairman of the card center, told a press conference. 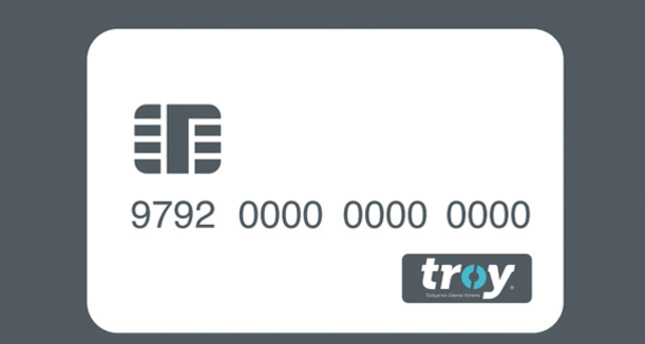 Electronic payment cards are processed by merchants, and then sent to a clearing network that completes the payment. Visa and Mastercard have been the dominant choice for this operation in the country.

The center unveiled the brand last September and announced that the system would be available in April 2016.

Canko told reporters that the BKM has reached agreements with all 29 banks that have been providing cards to their customers, adding that customers would be able to have TROY-branded cards in coming months.

However, he stressed that it is up to banks when and how to introduce such cards to their customers, but added that he called on customers to request TROY cards from their banks. Also, Canko said he expects banks to promote the brand.

In Turkey, there are 171 million bankcards in total, and 112 million of them are credit cards.

To date, this year Turks have spent a total of $375 billion using debit and credit cards.

Yet most Turkish people prefer cash; payment via cards only constitutes 40 percent of all transactions.

Canko said that the TROY payment system would appeal to those who still choose cash. This way, the system will lead to more savings and greater innovation, Canko said.

"In 2023, our aim is to perform all transactions without any cash," he said.

Other countries have launched similar national payment systems, he said, citing developing countries including South Korea, as well as Canada, Italy, Spain, and France, according to the card center.

States with economies similar to Turkey-such as Brazil, Russia, India, China, and South Africa-the so-called BRICs-have been considering introducing payment systems. Canko said that Turkey would not be the first country to introduce such a national payment system.

He also ruled out any rivalry with the international clearing networks Visa and MasterCard, as the payment system would be only available in Turkey.

"If local banks want to make it available to transactions in foreign countries, they need to sign agreement with other clearing systems," Canko stated.

But Canko also underlined that 98.5 percent of all 5 billion transactions done through bank cards in Turkey are realized in-country.

The Interbank Card Center was established in 1990 through a partnership of 13 public and private Turkish banks. The BKM says that it aims to provide solutions to the common challenges of banks and to develop rules and standards for credit and debit cards.