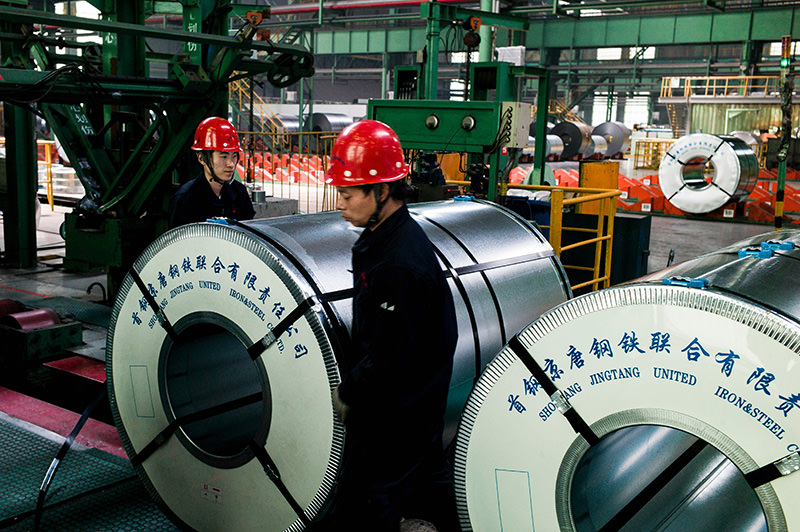 China's investment, factory output and retail sales all grew more slowly than expected in April, adding to doubts about whether the world's second-largest economy is stabilizing.

Growth in factory output cooled to 6 percent in April, the National Bureau of Statistics (NBS) said on Saturday, disappointing analysts who expected it to rise to 6.5 percent on an annual basis after an increase of 6.8 percent the prior month.

China's fixed-asset investment growth eased to 10.5 percent year-on-year in the January-April period, missing market expectations of 10.9 percent, and down from the first quarter's 10.7 percent.

Reuters reported on Saturday that China's banking regulator has sent an urgent notice to banks telling them to clear bottlenecks holding back lending to private firms.

In its data announcement, the NBS said "Because the total amount of private investment is relatively large, the continued slowdown could restrain stable growth, and requires a high degree of attention."

Retail sales growth in April, which captures both private and government purchasing, quickened to 10.1 percent. Analysts forecast sales would rise 10.5 percent on an annual basis after gaining 10.5 percent the prior month.

Upbeat March data had sparked hopes that China's economy was picking up after more than a year long blitz of fiscal, monetary and administrative stimulus measures. A recovering property market has also boosted demand for raw materials, giving a boost to long ailing heavy industries such as steel mills.

But much of the data on April, which included weaker-than-expected exports and imports, and soft factory activity surveys continued to underline lingering weakness in the broader economy.

China's economic growth has cooled to 25-year lows, weighed down by a combination of weak demand at home and abroad, factory overcapacity and increasing amounts of debt.

The government has made reducing the capacity glut one of its top priorities, and has vowed to put "zombie" companies out of business. But economists expect authorities to move slowly to avoid a sharp jump in unemployment.

Recently, the Chinese cabinet called for an upgrade of the consumer products sector in order to boost consumption, by improving product quality and implementing regulations to ensure market access and streamline approvals.