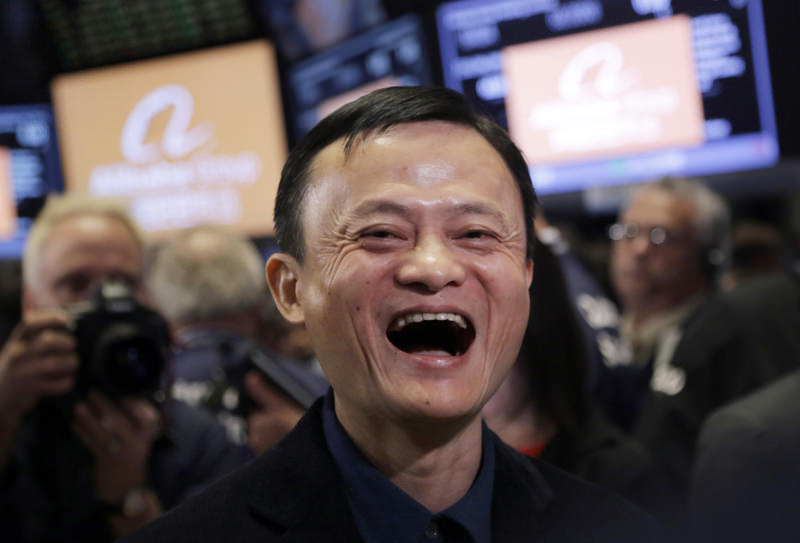 by Associated Press May 14, 2016 12:00 am
When an influential anti-counterfeiting group allowed Chinese e-commerce giant Alibaba to join its ranks in April, the group said it was a collaborative move that would help stem the sale of fake goods for top companies such as Apple, Nike and Procter & Gamble.

Instead, the decision has sparked an angry revolt among some members of the International Anti-Counterfeiting Coalition, who consider Alibaba the world's largest marketplace for fakes. The ensuing drama has led to outraged letters, anonymous memos, and high-profile defections. Now, an investigation by The Associated Press has found that the IACC's president owns Alibaba stock, has close ties to a key Alibaba vice president and uses family members to run his coalition.

"It's crossed the line ethically," said Deborah Greaves, a partner at Brutzkus Gubner law firm who served on the coalition's board from 2011 to 2013. She said she didn't know that IACC chief Robert Barchiesi had stock in Alibaba until informed by the AP, calling it "really problematic." "Everything the IACC does that makes Alibaba look better potentially drives up the price of the stock," said Greaves, whose firm is still a member of the group. "As a board member, I would never have bought stock in Alibaba."

The storm has bared the deep loathing some harbor for a company heralded as one of communist China's greatest capitalist success stories. At issue is the independence of a small but influential coalition that lobbies U.S. officials and testifies before Congress. Alibaba's membership could help shape the global fight against counterfeits, which damage companies' bottom lines, result in harmful products consumers purchase un

Since Alibaba joined, Gucci America, Michael Kors and Tiffany have quit the Washington D.C.-based coalition, which has more than 250 members. The AP found several ties between the group's president and Alibaba:

- The president of the coalition, Barchiesi, has owned Alibaba stock since its 2014 listing in New York. The IACC said in a statement that the holdings represent "a small percentage of his investment portfolio."

Matthew Bassiur, who took over as vice president of global intellectual property enforcement at Alibaba in January, hired Barchiesi's son, Robert Barchiesi II, to work at Apple back in 2011. Alibaba said that hire was made on merit. Apple declined to comment.

Some members have welcomed Alibaba. "I thought that was a good step forward," said Brad Buckles, an anti-piracy executive at the Recording Industry Association of America. "Bring them in so that you can complain to them. At the end of the day, if none of it works, you can kick them out."

Critics, however, fear Alibaba will use IACC membership to gain legitimacy while papering over fundamental flaws in the way it does business. Gucci and other brands owned by France's Kering Group allege in U.S. court filings that Alibaba knowingly profits from the sale of fakes. Alibaba has dismissed the case as "wasteful litigation."

Brands "are concerned that Alibaba will tout its membership as part of a propaganda campaign to falsely persuade regulators, prosecutors, consumers and investors that it is fighting counterfeiting when in fact it is perhaps the world's largest counterfeiting bazaar," said Geoffrey Potter, lead anti-counterfeiting lawyer at New York's Patterson Belknap Webb & Tyler. The gathering storm threatens to turn the IACC's spring conference in Orlando next week, where Alibaba founder Jack Ma is scheduled to speak, into a showdown.
RELATED TOPICS