Deputy PM to speculators: Capital controls out of question 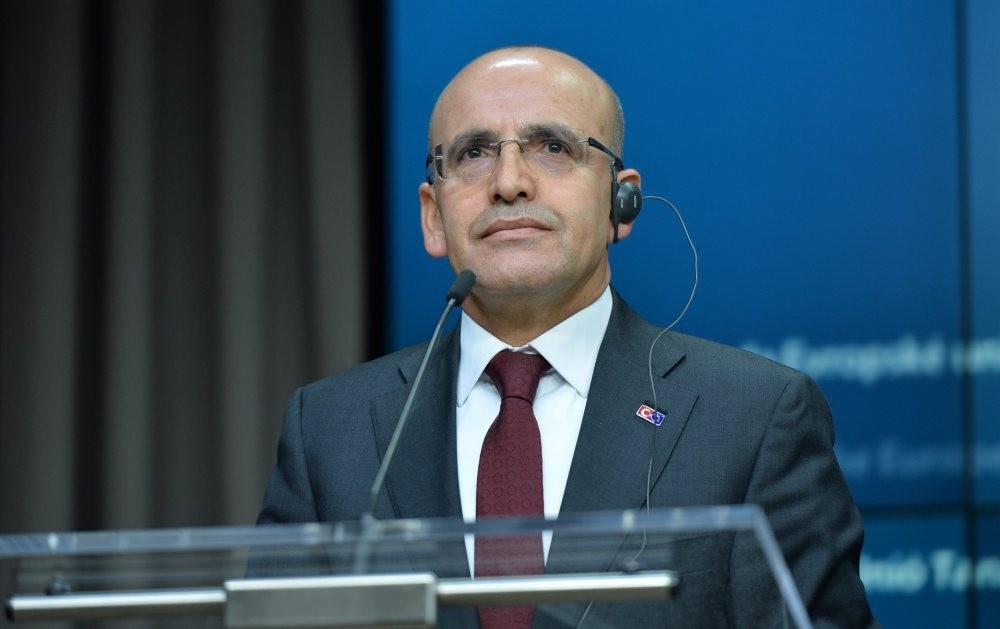 The deputy prime minister in charge of the economy, Mehmet Şimşek, in a tweet targeted speculators: "I've two simple messages to speculators: Turkey will maintain sound macroeconomic policies, and capital controls are out of question." Saying that negative speculations regarding Turkey's investment environment are not realistic, Şimşek laid out that the steps the government will take will be market friendly and will prioritize structural reforms. "[Turkey's] banking sector is well-capitalized and has strong asset quality," Şimşek also tweeted.

Meanwhile, Moody's has begun its own speculation with a quick decision to re-examine Turkey's credit rating, which currently stands at Baa3, a lower-medium grade under the investment grade, to possibly lower it further to junk status, or non-investment grade. Pointing out that the government is ready to take any measure necessary to maintain a high level of investor confidence, Şimşek said the necessary structural reforms will be made.

Through his tweets on Wednesday, he added that another target is to eradicate the problems created by those who betrayed the country through the on July 15 failed coup

Economy Minister Nihat Zeybekci also tweeted that the economic foundations of the country are "solid." "Despite all undemocratic attempts, our economy will continue to function flawlessly," he added.

Elsewhere, International Monetary Fund (IMF) Managing Director Christine Lagarde, in an interview with Bloomberg on Monday, said swift action by Turkey's central bank and other agencies had successfully calmed financial markets following the attempted coup. "Over the weekend, all of us were on alert, monitoring the situation, wondering if they would take the right measures," Lagarde said. She added that Turkish financial authorities, including the country's central bank, "all reacted very strongly, in a concerted way, in order to make sure that there would be liquidity available, that the banks would function."

With the aim of diminishing investor concern, Turkish policymakers said on Sunday that they will provide unlimited liquidity to banks and would support the Turkish lira by removing limits on foreign currency deposits that commercial lenders are allowed to use as collateral.

To achieve this, the Central Bank of the Republic of Turkey (CBRT) announced measures on Sunday, including a cut on the commission on daily liquidity options for banks to zero and providing unlimited liquidity to banks to maintain effective operation of financial markets. The CBRT said in a statement it would take all necessary measures to protect financial stability and that all central bank markets and systems will stay open until transactions are complete. If needed, the CBRT will increase the current $50 billion limit on foreign deposits. On Tuesday, the bank continued to decrease interest rates, cutting the upper band level 25 base points to 8.75 percent, despite the turmoil.

Timothy Ash, a London-based strategist at Nomura International, however, told Anadolu Agency (AA) yesterday that economic growth in Turkey will possibly be affected by the failed coup. Ash said Turkish growth has been remarkably resilient so far, a reflection of underlying strengths such as a sound banking system, strong public finances and demographics. Gross domestic product (GDP) increased 4.8 percent in the first quarter of 2016 compared to the same period last year, making Turkey one of the fastest growing economies in Europe and among Organisation for Economic Co-operation and Development (OECD) members.

Ash said global investors are nervous. "I think the rating, and application of the rule of law is important for these investors," he said. "These investors want to see domestic political tensions and security risks moderate. It is also important that the central bank and the Finance Ministry show prudence in terms of policy. "I think it would be good to see a recommitment to Şimşek's structural reform agenda with some specific long-awaited reform laws on investment and the economy rolled out," Ash said.

Andy Birch, senior economist at IHS Global Insight, said the medium- and long-term economic outlooks have not been significantly impacted, but economic growth will suffer in the short term. "Investment activity in the third quarter will likely be weaker than it would have been otherwise, as potential investors wait until the fallout of the actions, i.e., market instability and shifting government policies, are clearer," Birch told AA.

"While we do not anticipate there will be a complete evaporation of foreign investors into the country, gross inflows will drop significantly in July and August. Top officials have been aggressively attempting to calm investor worries, but until the course of government policy is better known, investment will shift away from the country."
Last Update: Jul 21, 2016 1:06 am
RELATED TOPICS