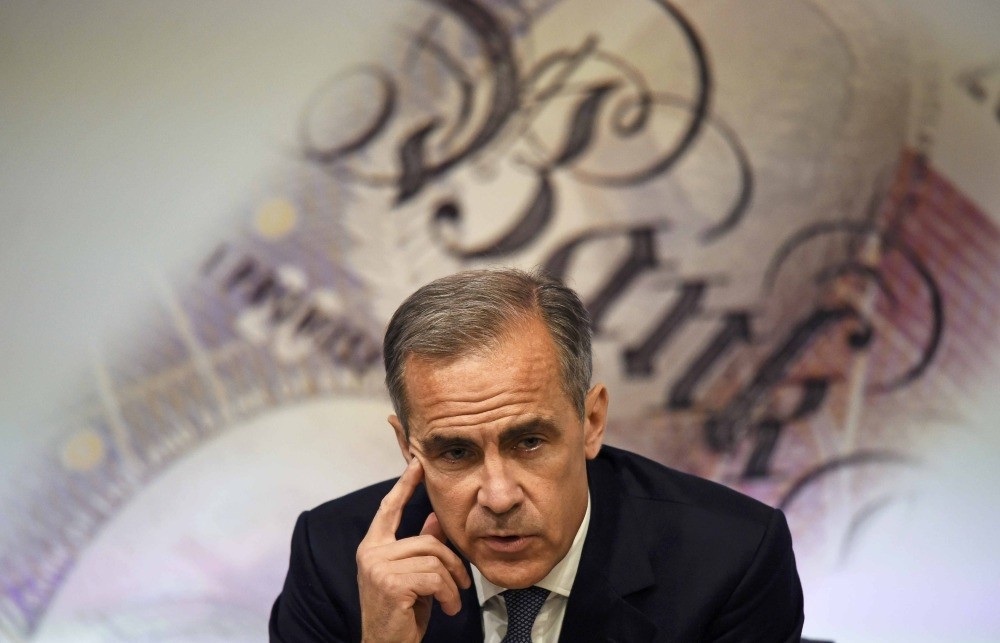 A possible recession appears to be the short term cost of the decision to leave the EU for one of the fastest-growing rich economies. This week, Governor of Bank of England Carney will decide what to do with already record-low interest rates

The Bank of England (BoE) must decide over the coming week how much trouble Britain's economy is in following the shock vote to leave the European Union, and how much firepower it can throw at the problem. After the Bank of Japan (BoJ) on Friday disappointed expectations of a major new stimulus drive, the BoE could even add to the Brexit uncertainty in Britain if it simply shaves its already record-low interest rates, some economists say.

A Reuters poll of economists published on July 26 predicted the British central bank would cut its benchmark Bank Rate to 0.25 percent from 0.50 percent on Aug. 4, but most said it would not revive its massive bond-buying program for now.

Adam Posen, a former BoE rate setter, urged the BoE to cut rates to zero - despite Governor Mark Carney's concerns that such a move could hurt banks - and also send a clear signal that further bold action is on the way. "It's not clear that the Bank of England carefully calibrating its response and communicating the message that they are worried about an uptick in inflation would do anything to stabilise the situation," Posen said. "It probably would be counterproductive."

The bank might take interim measures to help the economy, such as more encouragement for bank lending, while it waits for clearer signs of the extent of the Brexit hit to the economy.

Until now, it has not had to contemplate the kind of radical decisions taken by the BoJ and the European Central Bank (ECB), both of which have cut interest rates below zero as they try to spark their economies into life.

Britain has been among the fastest-growing of rich economies for much of the last three years. But the June 23 referendum decision to leave the EU has left it at risk of a recession in the short term and years of morale-draining uncertainty as the country tries to hammer out a new trade deal with the bloc.

Carney said a week after the referendum that he thought the Bank would pump more stimulus into the economy over the summer. But the BoE then wrong-footed investors when it kept rates on hold in July, adding to pressure for action in August.

The BoE still has no official data to assess how hard Brexit has hit the economy although surveys, which are sometimes less reliable, have shown a sharp fall in consumer confidence and suggested a weakening of activity across significant areas of the economy. One rate-setter, Kristin Forbes, has said the BoE should "keep calm and carry on" until there is a clearer picture. But fellow BoE rate-cut sceptic, Martin Weale, has sounded much more gloomy about outlook after the referendum.

MORE WEAKNESS EXPECTEDOver the this week, there are likely to be new signs of weakness in British manufacturing, construction and services in reports due out between today and Wednesday. In the eurozone also, similar purchasing manager indexes are likely to show France's economy in the doldrums, according to economists' forecasts in a Reuters poll, adding to the case for more stimulus by the ECB, possibly as soon as September.

By contrast, the U.S. economy has shown signs of strength, despite weaker-than-expected preliminary growth figures for the second quarter, and closely watched labour market data, due on Friday, is expected to show sturdy job creation.

The U.S. Federal Reserve has signalled it might raise interest rates for only the second time since before the financial crisis later this year. For many of the world's other rich countries, the search for stimulus is turning to governments rather than central banks.

Japan's government has promised a $272 billion economic stimulus spending package and Britain's new finance minister Philip Hammond has said he might deliver a fiscal boost at the end of the year once the scale of the Brexit slowdown is clearer. The Group of 20 leading economies discussed ways to use public spending to boost growth at a July 23-24 meeting China.

Economists at Citi pointed to figures from the International Monetary Fund showing rich countries were on course to loosen fiscal policy this year for the first time since 2010. But the Citi economists also said they expected only a slow shift towards more active government support for growth by cutting taxes or higher spending, possibly funded by newly created money from central banks which would not be repaid, a concept known as helicopter money.

"Thus far, policymakers all over the world have mostly looked the helicopter money gift horse in the mouth," they wrote in a report published on July 27. "We hope that in the not too distant future they will opt to get into the saddle instead."