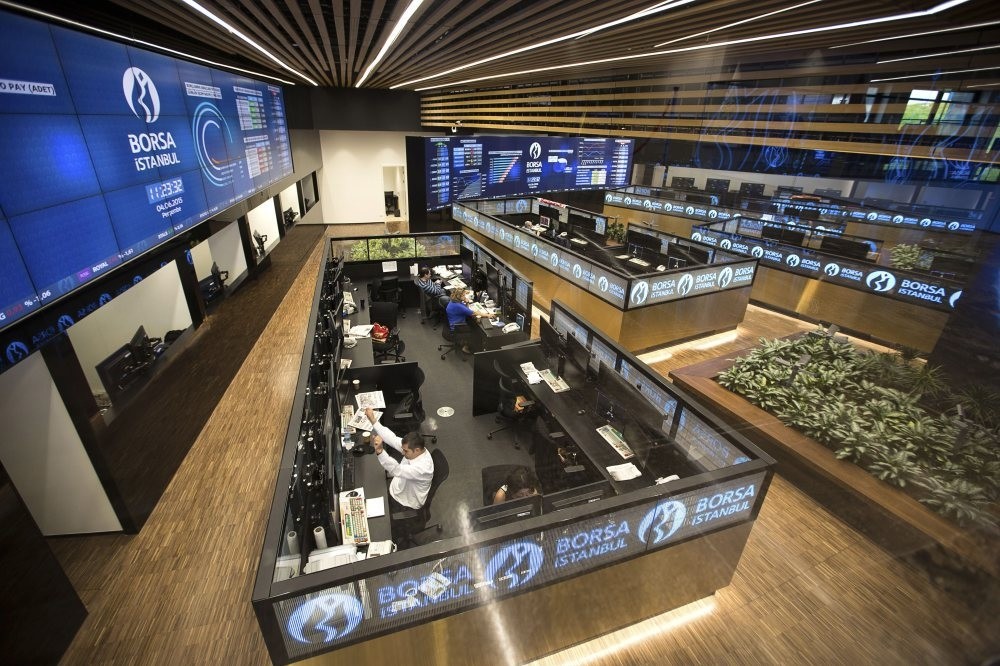 Bolstered by lower-than-expected U.S. growth rate that poured cold water on expectations for a possible interest rate hike by the U.S. Federal Reserve, a high-risk appetite led Borsa Istanbul to make a strong start to the week

Domestic markets marked a fast start to the week, with many buyers as well as an increased appetite for risk from global markets.

After the U.S. growth data announced on Friday maintained a level below expectations, domestic markets are following a positive flow along with a high appetite for risk from the markets, increased by the expectations that the U.S. Federal Reserve (Fed) would increase interest rates.

The Borsa Istanbul (BIST) Index started the week at 76,227 points, with an 822-point increase. Equities valuated by an average of 1.09 percent.

After breaking the TL 3 level, seen as a psychological level, along with the support of U.S. data, the dollar/TL exchange rate continued to fall on Monday morning.

Increases in commodity prices, even though oil prices showed slight increases yesterday, are expected to be limited, due to the continuation of high oil stocks in the market and a weakening global economic outlook. While Brent crude oil was traded at $43.72 per barrel, the barrel price for U.S. raw oil reached $41.76.

Along with the increasing demand for safe havens due to the weak data from the U.S. on economic growth, gold prices followed a horizontal flow yesterday after reaching the peak level of the past three weeks on the previous session, devaluating by nearly 1 percent. Spot gold was traded at $1,349.76 an ounce without showing a major change.

According to economic growth data announced by the U.S. last week, the economy stayed far behind the expected 2.6 percent level, growing by only 1.2 percent.

After the U.S. growth data announced on Friday maintained a level below expectations, Asian stock exchanges saw their highest level since the Fed decrease of expectations regarding an increase this year in interest rates.

The U.S. economy stayed far below the expected 2.6 percent level, growing by only 1.2 percent on an annual basis during the April to June period.

Following the Asian-Pacific markets except for Japan, the MSCI index saw this year's highest level, increasing by 1.1 percent. After the additional monetary expansion steps announced by the Bank of Japan stayed below the expectations of investors, the Nikkei index in Japan regained a horizontal level following the previous 1.5 percent level, which was negatively affected by the devaluating yen.

Markets' agendaThis week's two decisive developments will be Moody's reevaluation of Turkish credit rating following the attempted coup on July 15, and the data from non-farm payrolls which will be announced by the U.S. on Friday. The Consumer Price Index (CPI) data to be announced on Wednesday will also be closely monitored.

According to a survey conducted by Reuters with the participation of 16 institutions, while an increase of 0.72 percent is expected in the CPI on a median basis in July, inflation expectation showed a limited increase with 8 percent, in comparison to the 7.8 percent level on the previous survey.
Last Update: Aug 02, 2016 1:23 am
RELATED TOPICS