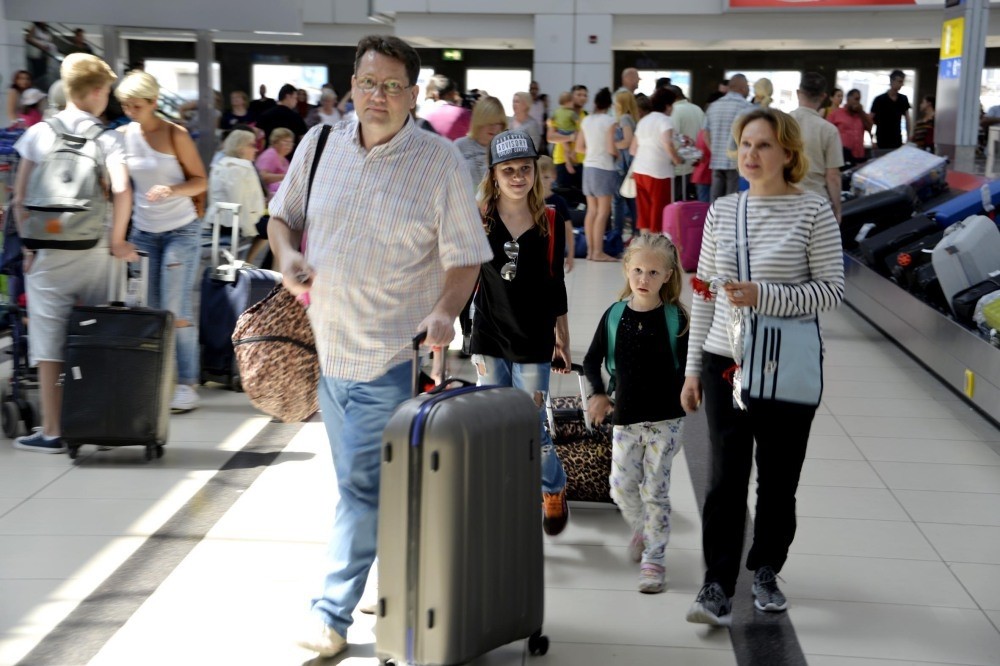 The tourism sector, which experienced considerable losses due to jet crisis between Turkey and Russia, expects to see a quick recovery.
by Daily Sabah Aug 08, 2016 12:00 am

President Erdoğan's meeting with his Russian counterpart Putin has given hope to many sectors in the economy a quick recovery in economic relations is expected. The two countries look likely to set in trade volume target of $100 billion

As part of the normalization process between Turkey and Russia, President Recep Tayyip Erdoğan and his Russian counterpart, Vladimir Putin, are scheduled to meet in St. Petersburg tomorrow. The meeting is expected to reinvigorate economic relations between the two countries.

The sectors that were greatly affected by the breakdown of relations between Turkey and Russia, with exports and tourism taking the lead, hope to rapidly return to their heyday in the upcoming period. The representatives of sectors that have a great part in Turkey's exports to Russia anticipate that exports of leather and leather products, fresh fruit and vegetables, chemicals and chemical products, machinery and machinery parts, textiles and raw materials, ready-to-wear, automotive, electric-electronic and service industries will rapidly boom.

According to Anadolu Agency (AA), Turkey's exports to Russia dramatically declined this year, with Russia falling to 20th on Turkey's export list, covering the first seven months. Russia ranked ninth on the list for the same period last year.

'We forget the past, look to the future'

Turkey-Russia Business Council Chairman Tuncay Özilhan said the meeting between Erdoğan and Putin would bring a good start to relations, adding: "We forget the past and look to the future. We believe that the two countries will be able to cooperate in many areas and create mutual economic values. It will be a meeting to make important decisions with respect to achieving a trade volume target of $100 billion."

Özilhan underlined that the meeting, which will be one of the cornerstones for the future, will facilitate steps toward new projects based on solid foundations, reach much higher figures in exports, imports and tourism for both countries and create a major balancing factor.

Başaran Ulusoy, Association of Turkish Travel Agencies (TÜRSAB) chairman, said they expect Erdoğan's visit to Russia will have very significant and positive implications. He further noted that the normalization of political relations and the creation of a new intimate dialogue channel as in previous years would certainly have a positive impact on the tourism sector.

Ulusoy referred to the fact that the number of Russian tourists visiting Turkey was 183,828 in the first half of the year, an 87.36 percent decline compared to the same period last year. He touched on Turkish Statistical Institute (TurkStat) data, saying that Russian tourists' spending in Turkey dropped to $1,900,665,000 in 2015 from $2,703,722,000 in 2014. Likewise, their spending in Turkey in the first quarter of 2016 fell by 41.4 percent compared to the same period last year. "If relations go on positively, we might expect both markets to begin truly recovering in 2017," Ulusoy said.

'Loss of Russian market can hardly be fully substituted'

Mithat Yenigün, Turkish Contractors Association chairman, said Russia always has an important position among markets from where Turkish building contractors expand to the world. According to Yenigün, the Turkish building-contracting sector has undertaken 1,941 projects worth nearly $65 billion since it first entered the Russian market in 1988.

Stressing that the contracting sector's greatest expectation is that the normalization of relations in the upcoming period will maintain positive economic contributions, Yenigün said, "In terms of both overseas contracting services and demand for construction materials, Russia is an important market that can hardly be fully substituted by new markets." The volume of new business that the Turkish contracting sector undertook was $4.8 billion, $3.9 billion and $5.4 billion in 2013, 2014 and 2015, respectively. According to Yenigün, these figures reveal a loss on an annual basis, as some projects in which the tender process had been completed were halted before the crisis and cancelled later. The sector expects that these projects - worth nearly $2 billion - will resume in the new period and that the sum of new yearly projects will gradually return to pre-crisis levels.

Mediterranean Fresh Fruit and Vegetables Exporters Association and Citrus Promotion Group Chairman Ali Kavak said Turkey's agricultural sector is looking forward to the meeting between Erdoğan and Putin. "We expect that the embargo on the import of fresh fruit and vegetables will be completely lifted," he added.

In reference to the fact that the sector's exports to Russia in the first six months dropped by nearly $360 million compared to the same period last year, Kavak stated that the sector used to increase exports to Russia by 20 percent every year, which would correspond to a loss of some $70 million. "Our one and only hope is to raise exports to Russia, our greatest market. Following the meeting, we estimate that $600 million worth of exports will be carried out in the second half of the year," he noted.

In November 2015, a Russian Su-24 fighter jet was downed by Turkish fighter jets on grounds that it violated Turkish airspace. Following the incident, Russia decided to impose economic sanctions on Turkey.

In late June, Erdoğan sent a letter to Putin both to express regret for the downing of Russian fighter jet and to discuss regional cooperation opportunities on a broader spectrum. After taking this step, Russia lifted its ban on the sales of package tours to Turkey. Both governments maintain talks for the removal of other sanctions.

Steps taken to normalize relations in the beginning of July were welcomed by professionals in both the Turkish and Russian business worlds. As part of negotiations, Erdoğan is scheduled to meet Putin in the Russian city of St. Petersburg tomorrow.
RELATED TOPICS