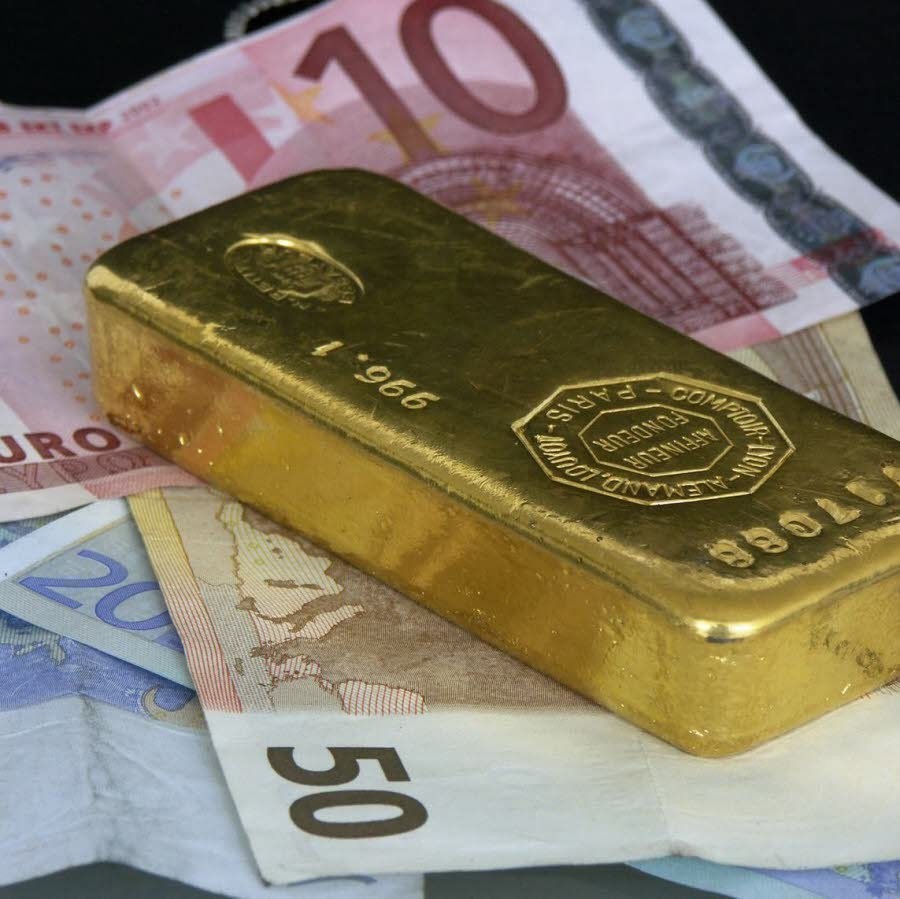 by Anadolu Agency Aug 12, 2016 12:00 am
Global demand for gold rose 15 percent in the second quarter of 2016, as investors sought security in the face of instability, the World Gold Council said Thursday.

In the first half of the year, demand for both bullion and jewelry reached 2,335 tons - the second highest level of buying over six months on record - and the global price rose 25 percent.

However, demand in Turkey fell to a historic low due to domestic turmoil and a poor economic outlook.

The council, a London-based association of the world's leading gold-mining companies, cited high investment demand as the reason for the worldwide increase.

"Investment demand reached 448 tons as investors sought risk diversification and a safe store of value in the face of continued political, economic and social instability," the council said in a second-quarter report.

This followed high demand in the year's first quarter with investment demand reaching a record 1,064 tons in the first half of the year, a 16 percent rise on the previous first-half high in 2009.

at the council, said investors were motivated by negative yield government bonds and heightened political and economic uncertainty.

The council said the growth in investment demand caused a 25 percent price increase - the strongest half-year price gain since 1980.

"The rise in the U.S. dollar price of gold was exceeded by gains in local prices in some of the major gold consuming markets, including China, India and Europe," the report said.

Jewelry demand downHowever, consumer demand, as measured by demand for jewelry, was down by 14 percent year-on-year in the second quarter at 444 tons.

"After a troubled first half of the year, the prospects are for jewelry demand to recover as we progress through the second half," the report said. "India's key festivals... together with the Q4 holiday season in the west, should inject support."

In Turkey, the world's third-largest gold buyer, jewelry demand dropped to a record low due to political tension, a fall in tourism, rising unemployment and collapsing export revenues from Russia, the council said.

"First half-year investment in Turkey fell to an historic low of 8.8 tons - the lowest in our quarterly records back to 2000. High prices were the main reason, discouraging new purchases and instead resulting in some profit-taking."

In China, another key jewelry market, the continued economic slowdown affected demand while there were signs of recovery in some Western markets such as the U.S., where demand rose to 48.6 tons, the stronge

Global investment in bars, coins and exchange-traded funds was 448 tons in the second quarter, a rise of 141 percent on the same period last year. Central bank purchases fell 40 percent to 77 tons.

Gold holdings of more than 32,800 tons worldwide at the end of June were equivalent to approximately $1.4 trillion - the highest value since 2013, the council said.

Central banks are still expected to be key contributors to global demand, as gold provides an alternative to currency reserves and Russia, China and Kazakhstan remain the dominant driving forces behind this increase in global gold reserves.
RELATED TOPICS