Turkey's FDI hunter Ermut: Investments worth $24B being monitored 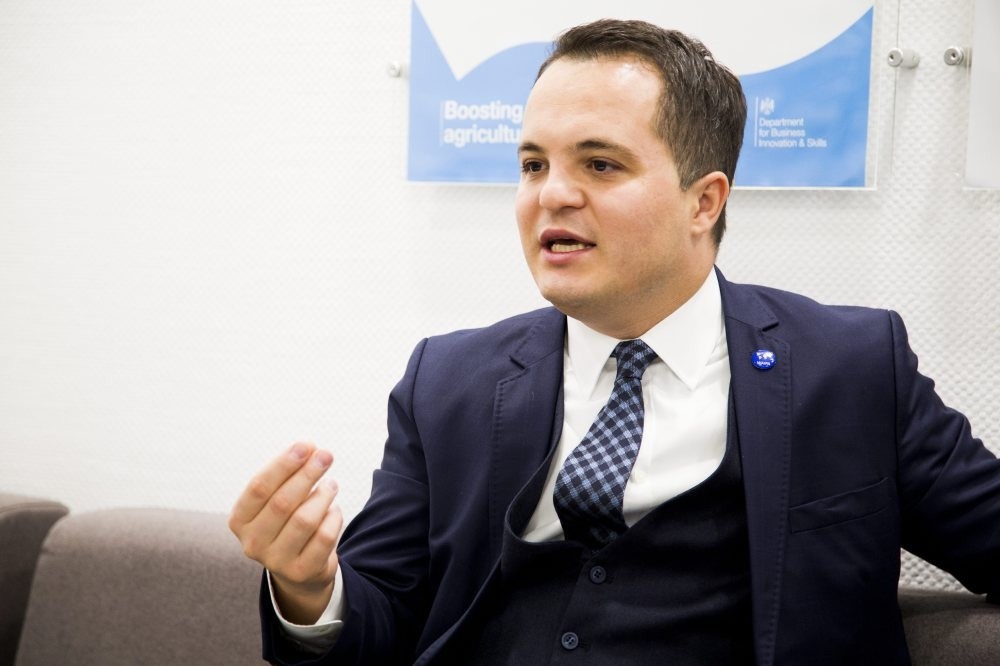 Turkey's Foreign Direct Investment (FDI) hunter Arda Ermut said that his team continues to monitor 158 foreign investments worth $24 billion despite the failed coup attempt on July 15. Pointing out that an investor from the Gulf gave orders to make more investments in Turkey following the coup attempt and Abraaj Group announced an investment fund worth $526 million for Turkey, Ermut said those investing in Turkey were more eager to continue their investments. Ermut, the president of the Investment Support and Promotion Agency of Turkey (ISPAT), said they contacted the foreign investors following the coup attempt and asked whether they would continue their investments. Speaking to Anadolu Agency (AA) regarding the recently active foreign investors' traffic in Turkey and messages given during President Recep Tayyip Erdoğan's visit to Russia, Ermut said they are currently monitoring 158 foreign investments worth $24 billion, which also involve volatile projects, emphasizing that they decided to continue with investments in actively monitored projects.

Ermut said foreign investors shared some details about the new projects with President Erdoğan during last week's meeting, which Erdoğan held with the CEOs of foreign companies operating in Turkey. Stressing that the said comprehensive projects would be announced soon, Ermut indicated they plan to announce several investments this week at Dolmabahçe with the attendance of the prime minister, as ISPAT operates under the Prime Ministry. He stressed that they have received more positive messages from investors than anticipated in the wake of the July 15 coup attempt and the democratic attitude of politicians and the public towards this attempt has proven "quite effective."

'Aim is to attract investments worth over $1 billion from Russia'

According to Ermut, Turkey has attracted annual investments ranging from $700 to $900 million from Russia over the past five years. In the aftermath of the jet crisis on Nov. 15, 2015, when Turkey downed a Russian warplane for violating its airspace near the Syrian border, resulting in economic sanctions being imposed on Turkey, Moscow did not make many investments in the country. Stressing that investments attracted from Russia are expected to return to normal pre-crisis levels following President Erdoğan's visit to Russia, Ermut said Putin also highlighted that relations will improve and Turkey should aim to attract over $1 billion in annual investment from Russia. "Considering the investment environment, Russia has an investor profile that can take over megaprojects, purchases and mergers with intergovernmental investments. From now on, we can expect purchases and merging investments from Russia in energy, real estate and various other sectors," Ermut said.

'Normalization will have positive effects on new markets'

Stating that the normalization process with Russia will also affect Turkey's potential in the region, Ermut said foreign investors come to Turkey because the country is seen as a production and management hub. Pointing out that Turkey had access to a population of 1.6 billion people and a gross domestic product worth $28 trillion in a four-hour flight, Ermut said international investors are aware of this potential and after solving problems with its neighbor and opening those markets, investments from other countries will also be positively affected. "Russia went through a tough period after oil prices started to decrease in 2014. Looking for a way out and setting off on a political and economic quest, Russia signed agreements in economic collaborative meetings in 2014, increasing its trade volume to $35 billion," Ermut said. "The gas Turkey consumes makes up a large share in mutual trade and 4.5 million tourists travel to Turkey from Russia. Turkish contractors are also taking important jobs from Russia." Stressing that trade volume is expected to reach $100 billion, Ermut said the investments are connected to each other via mutual trade and with this goal, the investments are likely to increase.

Ermut said he believed the Turkish-Russian joint fund, announced during President Erdoğan's visit to Russia, will play a huge part in increasing investments and Turkey will have the chance to attract investments from Russia's various sectors.

Stressing that the size of Turkey's fund is not certain yet, Ermut said it will not be as big as Russia's, since oil producing countries generally establish larger funds. Noting that some idle funds in Turkey will likely be brought into the economy, Ermut said the fund is likely to reach a different size when jointly established with Russia and to be determined at a later time.

'Russia's appetite for Akkuyu will increase'

Indicating that Akkuyu would benefit from incentives from the most advantageous region, Ermut said: "If there are some delays in Akkuyu due to drawbacks from the Russian side apart from miscommunication or bureaucratic procedures, these incentives will prevent those delays and the Russian side's appetite for Akkuyu will grow stronger." He said that this was an important step to speed up the process and that strategic investment incentives were crucial to increasing the investor's appetite.

The Akkuyu plant will be Turkey's first nuclear power plant, which is being built by Russia's Rosatom in a $22 billion investment.

'Different incentives for each project'

The said strategic investment status will be given to new foreign investors as well in the new period, according to Ermut. Target and demand-oriented incentives, established to attract investments, will provide the most added-value, by using Turkish facilities in the best way possible, Ermut said, suggesting that there are varying opinions about the new incentives but the incentive packages will be established by handling the strategic projects one by one. Noting that some plans were in talks for assigning important investments to a 49-year timetable or providing credit support to decrease the investment cost, Ermut said the state has turned to investment supports and incentive operations proactively, adding that a more effective and attractive incentive system in terms of the investments are likely to be created in the coming period.
RELATED TOPICS