Lira remains strong, other EM currencies down against dollar 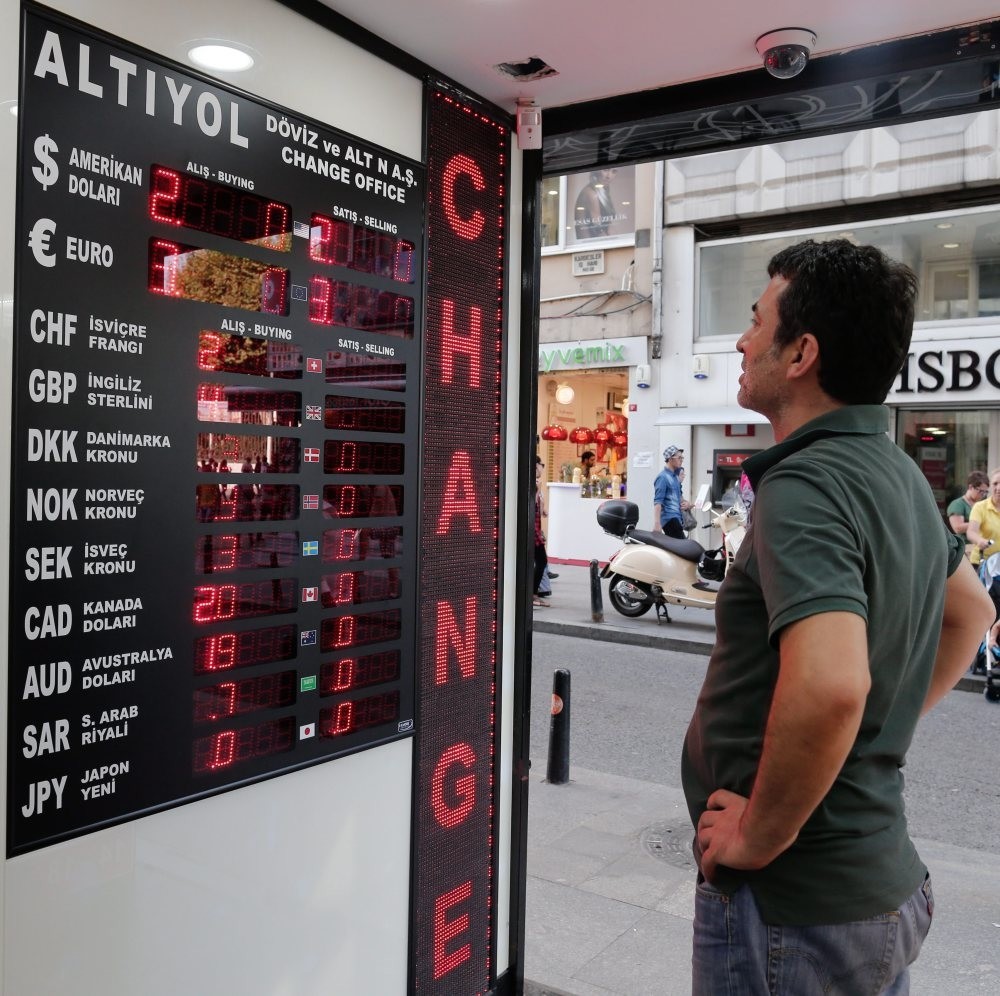 Despite the dollar rising against emerging market currencies, due to expectations of a rate hike from the U.S., the Turkish lira remained strong against the dollar, fluctuating around the highest level since the July 15 coup attempt

The dollar turned defense into attack on Wednesday and halted its slide against emerging market (EM) currencies. The Turkish lira remained strong against the U.S. dollar, starting the day at 2.92 Wednesday, the highest level since the failed coup attempt on July 15. Although the lira was trading at 2.9387 at 10:30 a.m., towards the closing session, it was trading at around 2.9340, showing modest losses compared to other emerging market currencies.

Also, Turkish stocks opened slightly higher yesterday, amid news of a possible rate hike by the U.S. Fed in September.

With the dollar firming as much as 0.23 percent against a basket of currencies following the Fed officials' comments, EM currencies struggled.

The ruble lost 0.4 percent against the dollar, hampered by a 1.2 percent selloff in oil to below $49 a barrel over doubts that producers will agree to curb supply.

Russian stocks also slipped from Tuesday's record highs, losing 0.6 percent after shares in oil producer Bashneft fell as much as 15 percent on the unexpected postponement of its privatization.

Ukraine's hryvnia lost 0.8 percent against the dollar, on track for its biggest one-day fall since mid-May, and its shares slipped 0.2 percent to their lowest since end-June as tensions with Russia simmered. "It serves as a reminder that political risk will remain high on investors' radar," Jackson said.

Emerging European currencies were mainly lower versus the euro, with both Poland's zloty and Hungary's forint losing around 0.2 percent.

Futures markets pointed to Wall Street barely budging when it reopens, but European stocks struggled as London's FTSE and Frankfurt's DAX and Paris's CAC 40 fell between 0.2 percent and 1.1 percent after Asia had eased back from one-year highs overnight. On the other hand, oil lost its grip on five-week highs as the dollar's muscle-flexing compounded doubts about whether upcoming talks between top oil exporter countries would result in firm measures to rein in ballooning oversupply.

Group head of multi-asset portfolios at GAM, Larry Hatheway, said attention was firmly on the Fed minutes and particularly why the bank's last meeting ended with a notably cautious statement.

"It wasn't really about Brexit. It is not even about the world economy which isn't in great shape but is somewhat improved from the first quarter fears, and it's surely not about the cost of capital," Hatheway said.

"So one presumes the caution reflects a thought process about a much lower equilibrium real interest rate ...or possibly the fact that inflation is just not accelerating, which was corroborated to a degree by CPI data yesterday."

With stocks on the back foot, bonds were in favor, having lost ground for the last two sessions. Yields on two-year U.S. government notes briefly touched a near three-week high of 0.758 percent, but they failed to reach the July peak of 0.778 percent and were last at 0.750 percent.

European yields nudged 2-4 basis points lower with Spanish bonds boosted ahead of a meeting that could pave the way for a new government in Madrid after eight months of limbo.

Interim Prime Minister Mariano Rajoy is to hold a meeting of his Conservative People's Party (PP) to consider a reforms-for-support offer from centrist rivals Ciudadanos. "I still have doubts about political progress in Spain and negotiations could still go on for weeks," said DZ Bank strategist Christian Lenk. "But markets do seem to like what's coming out of Madrid."
RELATED TOPICS