Early Brexit relief not much comfort for Bank of England 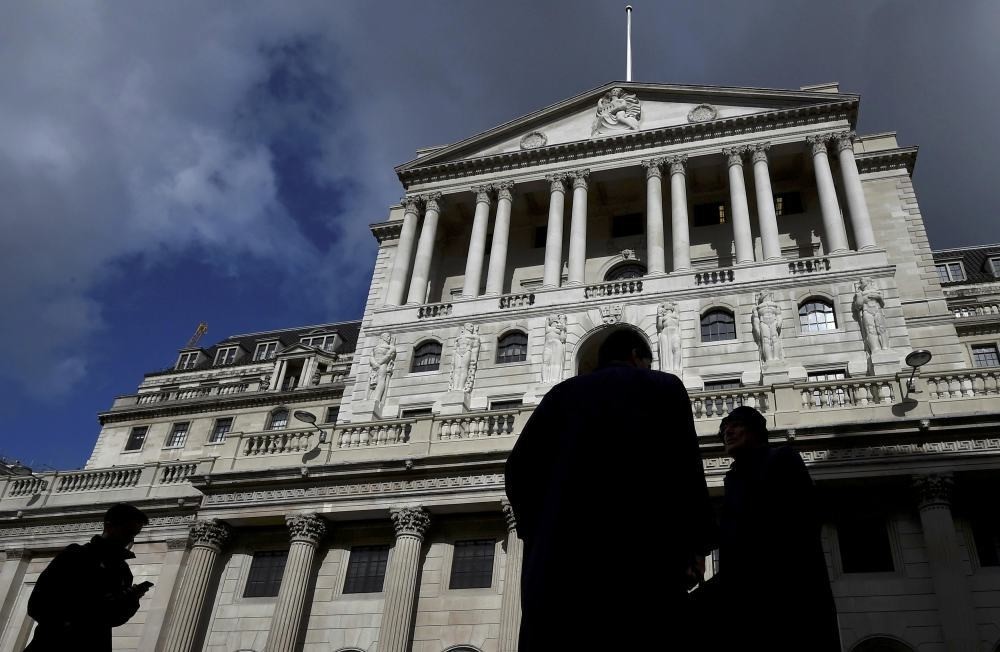 Although the data in July comforted Britons following the vote to leave the EU in June, professionals at the Bank of England are aware of the long-term effects of the decision vote yet to be observed

The Bank of England will draw some comfort from signs that Britons took the initial shock of June's Brexit vote in their stride, but will see little to lessen the concern that prompted its huge stimulus announcement this month.

The first official data covering the post-referendum period, published this week, has shown no immediate big hit to Britain's economy as retail sales surged in July and claims for unemployment benefits fell.

Sterling hit a two-week high against the dollar on Thursday after the signs that consumers were unfazed - at least initially - by the vote, raising questions about the likelihood of a further interest rate cut as suggested by the BoE on Aug. 4.

But for the Bank's policymakers who surprised investors with a "sledgehammer" stimulus plan this month, the early readings of the economy offer only a narrow snapshot compared with the years of economic uncertainty they see facing Britain as it reworks its relationship with its main trading partners in the European Union.

Think of it as the 1939 "phoney war" before five years of the real thing.

"(The) retail sales data tell us next to nothing about the health of the UK economy after the Brexit vote," Andrew Brigden, chief economist at Fathom Consulting, said.

By contrast, Tuesday's inflation data offered a sign of the challenge to come for Britain's consumers who drove the country's economic recovery over the past three years.

Price pressures in factories - which eventually feed through into consumer prices - shot higher in July, reflecting the pound's plunge since the Brexit vote, and posing a threat to the future spending power of consumers. "This is likely to limit retail sales growth in coming quarters," said ING economist James Knightley.

Individual accounts from major companies about the impact of the vote to leave the EU, meanwhile, paint a mixed picture, so BoE policymakers are likely to put their faith into broader surveys of businesses.

It was a plunge in sentiment reflected in July's purchasing manager indexes that set off the Bank's aggressive stimulus approach - including a shot-in-the-arm for Britain's economy of up to a 170 billion pounds. But they will have to wait until next month to see if the next batch of official data backs up the findings.

BoE Chief Economist Andy Haldane has said the measures were only a "short-term balm" for social and political questions about Britain's future after Brexit.

Nonetheless, the trickle of data over the next few months will influence just how far the BoE pushes the boundaries of British monetary policy.

Consumer credit figures and a measure of industrial orders next week and the next batch of Markit/CIPS PMI business surveys in early September will offer the next insight for the Monetary Policy Committee.

BoE Deputy Governor Ben Broadbent cited the PMIs, which showed the steepest downturn in corporate activity since the depths of the 2009 recession, as a key indicator for the Bank.

His boss Mark Carney - who has in the past criticized the quality of British official data - also appeared to throw his weight behind the surveys. "We are seeing these risks manifest in a wide variety of indicators ... which in many cases are better indicators of what is actually happening in the economy, rather than what we call hard data," Carney said on the day of the BoE decision.

Most big retailers have reported little impact from the referendum as yet, although many property and building companies say they have been hit hard. Carmaker Nissan said its investment plans in Britain hinged on the country's future trading arrangements, but others have pressed ahead with investment.

Online retailer Amazon said on Thursday it would create 1,500 new jobs in 2017 at a new distribution center in south-east England, adding to its investment in Britain.

But even if the dire warnings about Brexit that the Remain camp promulgated - known as "Project Fear" by its opponents - do not come to pass, BoE policymakers are unlikely to regret their stimulus blast.