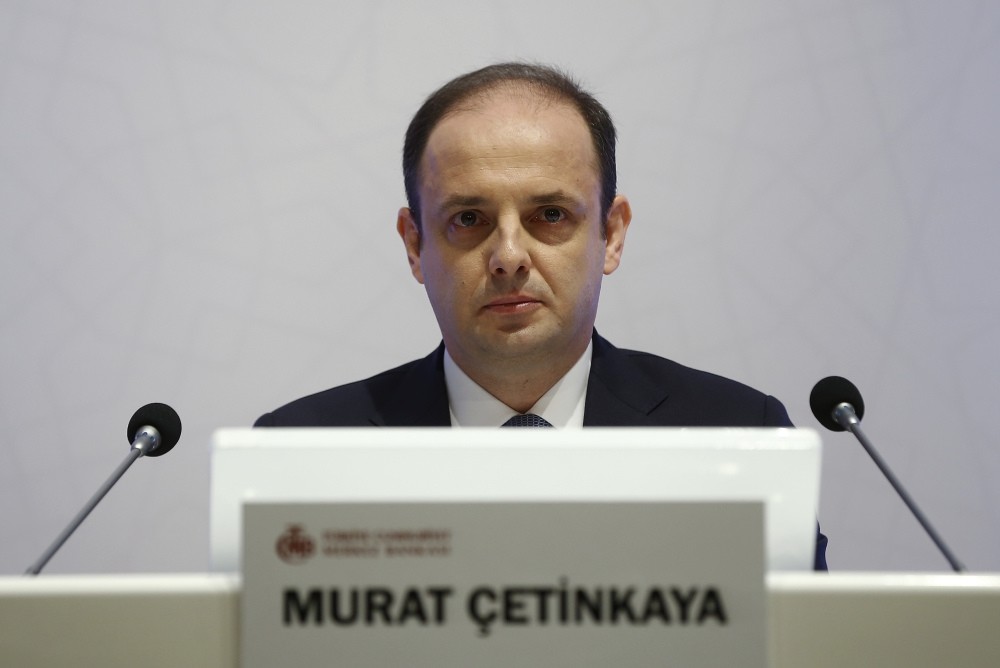 Head of the CBRT, Murat u00c7etinkaya
by Daily Sabah Aug 23, 2016 12:00 am
Most analysts expect the Central Bank of the Republic of Turkey (CBRT) to continue its interest rate cut series with an additional 25 base-point cut in the upper band of the interest rate corridor. Markets are closely watching the decisions that will be announced after the Monetary Council Committee meeting at the CBRT today, in addition to U.S. Federal Reserve Chair Janet Yellen's speech in Jackson Hole, which might signal a rate hike in September.

Economists attending the Anadolu Agency Finance poll expect the upper band of the interest rate corridor, which currently stands at 8.75 percent, to be lowered to 8.50, while no change is expected in the other short term rates. All of the participant economists expect a rate cut in the upper band. Sixteen of these economists expect this rate cut to be 25 base points, while only one economist expects a 50 base-point cut.

In July, the CBRT in its latest monthly meeting, in line with market expectations, cut the upper band of the interest rate corridor (the marginal funding rate) another 25 points, to 8.75 percent while holding the policy rate (one-week repurchase agreement rate) at 7.5 percent, and the lower band of the corridor (borrowing rate) at 7.25 percent. This means the CBRT has lowered the upper band 2 percentage points in total over the six months preceding July. With this latest move, the CBRT created the narrowest gap since 2010 in the interest rate corridor, which it has been using as a monetary policy strategy.

The CBRT has responded to the government's repeated calls for cheap credit. In late liquidity window interest rates between 4 p.m. to 5 p.m., the borrowing rate was kept at zero percent and the lending rate has been reduced from 10.5 percent to 10.25 percent.

In addition, the banking sector gave one of the most concrete reactions to the CBRT's interest rate cut series, by lowering the monthly interest rate cuts on home loans. Accordingly, approximately 20 banks have decreased their home loan interest rates for various terms below 1 percent in August; also, a second discount is expected in the markets.