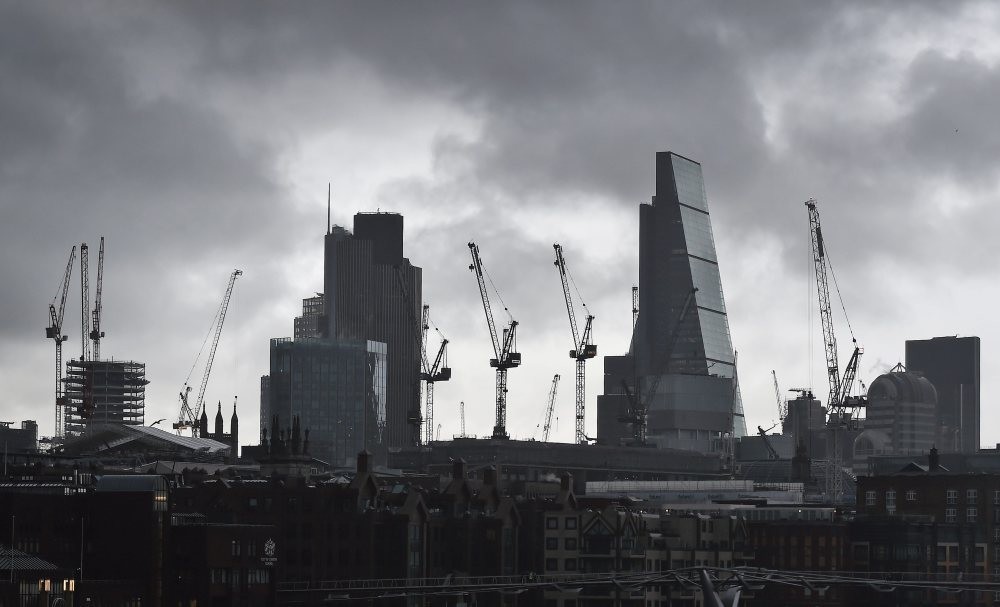 British economy grew by a faster than expected 0.6 percent in the second quarter despite June's shock vote to leave the EU. Any uncertainties in the run-up to the referendum seem to have had a limited effect, but the reality will become clearer as the months go by

Britain's high streets are heaving with shoppers despite June's shock vote to leave the European Union, big companies have reported few signs of distress and some tabloid newspapers are even talking about a post-Brexit economic boom.

The overwhelming view from economists is that it is too early to know how Britain will cope with years of Brexit uncertainty - but there is a growing belief the country can avoid a recession that only weeks ago was regarded as likely. On the face of it, the early optimism contrasts with the pre-referendum warning from former Prime Minister David Cameron that a Brexit vote would put a "bomb under the economy".

Before the June 23 referendum, the British finance ministry had warned a Brexit vote would mean homeowners facing higher borrowing costs, pushing the economy into a "DIY recession", and that equity prices were likely to fall.

However, nearly half of mortgage borrowers look set to gain from the Bank of England's interest rate cut on Aug. 4, while British equity markets have risen.

Some British newspapers which supported the Leave campaign have hailed such news. "Remainers were WRONG!" the Daily Express declared earlier this month, adding: "Brexit Britain booms".

But most economists do not share this jubilance and caution these positive signals may have little bearing on the long-term outlook for the economy, which must contend with years of uncertainty as Britain extricates itself from the EU.

New British Prime Minister Theresa May has said she will not trigger the EU's Article 50 this year, to begin formal talks with the bloc to negotiate the terms of Britain's exit from the EU and its future trading relationship with the bloc. "The fact that the UK avoided an immediate crisis does not tell us much about the future," said Holger Schmieding, chief economist at Berenberg Bank, adding he thought Britain would probably avoid a technical recession - defined as two consecutive quarters of falling economic output.

Business surveys and some forward-looking indicators of inflation already offer reasons for caution.

A YouGov/CEBR gauge of consumer morale, published on Friday, showed consumers have regained some of the confidence they lost after the referendum, but researchers warned this positive trend could easily change next year. The outlook for the housing market, the bedrock of British consumer wealth, is also unclear: a Reuters poll on Thursday suggested the Brexit vote will have a negative impact on both prices and turnover. [GB/HOMES]

Charles Goodhart, a former BoE interest-rate setter, said so far there had been almost no data on important areas of the economy such as investment, inventory levels and construction. "I think it would be very dangerous to take a position either that it's all going to be alright and that the fears were massively overdone, or that the fears were justified," said Goodhart, a professor at the London School of Economics, said. "The answer is, frankly: we don't know."

While the mood among economists remains one of concern, it has brightened across financial markets.

Investors were braced for a global economic shock after a vote for Brexit, but the FTSE 100 index .FTSE of UK blue-chip companies is about 8 percent higher since the referendum, helped by overseas earnings that will benefit from the fall in the value of the pound.

The more domestically focused FTSE 250 .FTMC index of mid-sized companies is up by about 5 percent. Many big companies have reported little immediate impact from the vote in Britain, including retailers John Lewis and Next (NXT.L), the world's biggest staffing company Adecco (ADEN.S) and carmaker BMW (BMWG.DE). Some major employers - carmaker Nissan, for example - say their plans for investment in Britain will hinge on the trade deals it strikes with other countries. Martin Sorrell, chief executive of the world's largest advertising group WPP, said there was little clarity on when Britain would even begin negotiating its EU exit and that his company's clients were increasingly cautious.

For now, economists are playing the long game. Official data due next month will offer a better gauge of Britain's resilience to Brexit, providing the first detailed breakdown of how manufacturing, services and construction firms fared in July. "Any short-term growth slowdown matters but the economics of Brexit are mostly about the long term," said Robert Wood, an economist with BofA Merrill Lynch. "Leaving the EU single market is, in our view, likely to make the UK less open to trade and therefore damage economic performance in the long run."
RELATED TOPICS