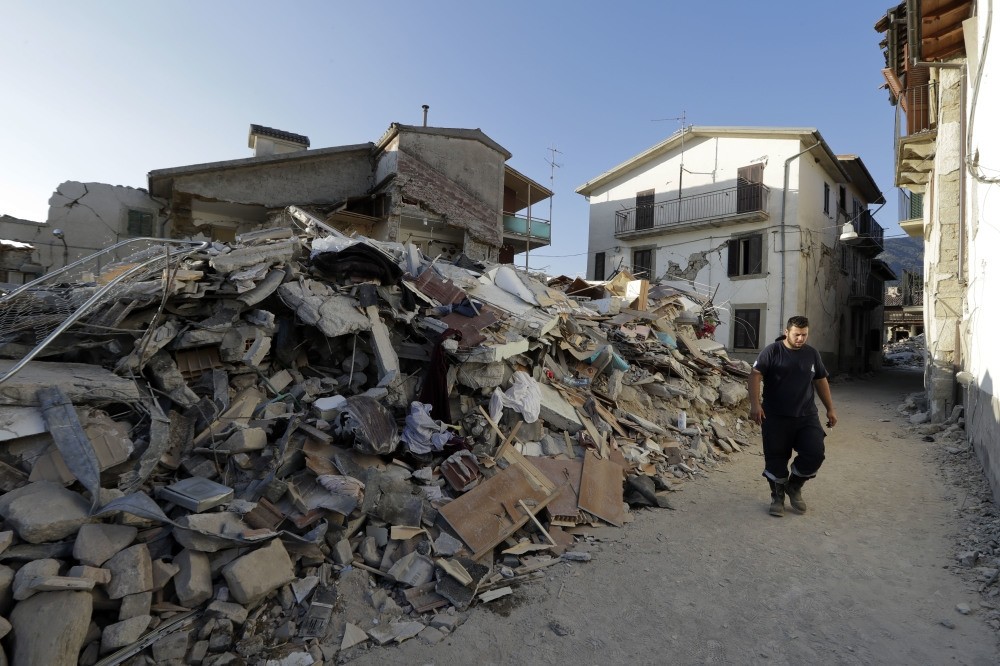 "It is not a request to spend money liberally," Deputy Economy Minister Enrico Zanetti told the La Stampa newspaper. "It would be a serious, specific and gradual request to tackle seismic risks with the necessary investments," he added.

A 6-magnitude quake struck a mountainous area of central Italy on Wednesday, destroying several towns and killing at least 290 people. The cost of repairing the damage is unclear, but works are likely to cost several billion euros and take years to complete. In addition, more than 50 per cent of existing private homes in the country do not meet any earthquake safety regulations, and securing those in the areas at highest risk would cost almost 36 billion euros, the National Council of Engineers has said.

EU rules, which require eurozone countries to aim for balanced budgets, already contain several exceptions, including for one-off spending on emergency relief and reconstruction as a result of natural disasters. Rome would like to stretch that clause to cover earthquake prevention costs, Claudio De Vincenti, undersecretary in Prime Minister Matteo Renzi's office, said in another interview with Il Messaggero newspaper.

Writing in the same daily, former premier and European Commission president Romano Prodi said Italy needs a "plan for the next 30 years," and stressed that each euro spent on earthquake prevention is worth "at least as much" as 4 euros spent on post-quake reconstruction. Meanwhile, donations were flooding in for victims of the calamity.

Nearly 10 million euros has been collected in an SMS fundraising campaign, Italy's civil defense agency, the Protezione Civile, said, and Sunday's proceeds from ticket sales in public museums would also go to quake-hit areas, the ministry for culture said.

Aftershocks are still rocking the damaged towns of Amatrice, Accumoli and Arquata del Tronto, where nearly 2,700 people are homeless. The National Institute for Geophysics and Vulcanology counted 1,820 since Wednesday, including 12 strong ones of a magnitude above 4. Even before the catastrophe, Renzi's government was expected to apply for an easing of EU fiscal discipline in order to stimulate a flagging economy. Growth in the eurozone's third-largest economy ground to a halt in the second quarter of 2016.

Rome authorities are also under pressure to prevent corruption and rigging by Mafia-controlled firms in reconstruction tenders.

"The risks are there, it is no use hiding it. Historically, post-earthquake reconstruction awakens the hungry appetites of criminal cliques and corrupt lobbies," National Anti-Mafia Prosecutor Franco Roberti told La Repubblica daily. But he also said authorities were well equipped to watch out against those risks. Renzi has called in the help of the National Anti-Corruption Authority, which is experienced in monitoring tender procedures.