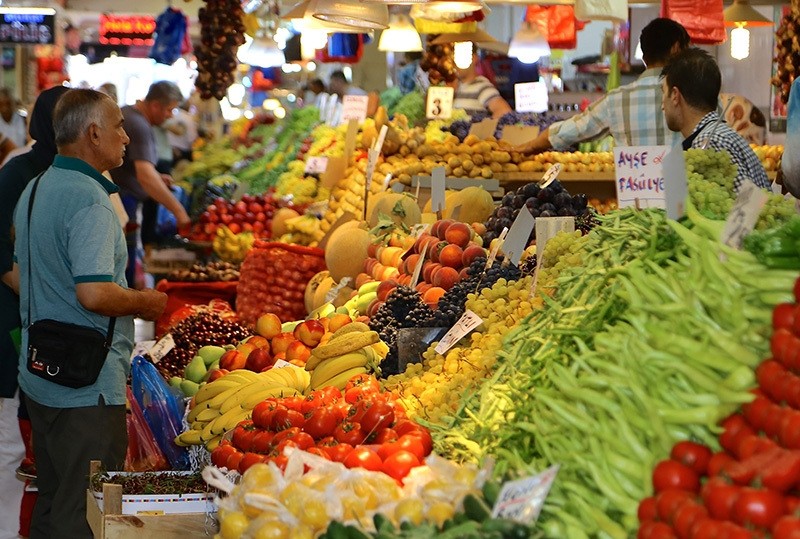 The consumer price index (CPI) decreased by 0.29 percent in August, with the annual inflation falling to 8.05 percent from 8.79 percent in earlier month, according to the data released on Monday by the Turkish Statistical Institute (TÜİK).

The CPI fell for the first time since April, raising hopes for achieving the updated 7.5 percent expectation by the government and the central bank. Monthly inflation also fell to its lowest rate for the last 14 months.

The domestic producer price index (D-PPI) increased by 0.08 percent on a monthly basis and 3.03 percent on an annual basis in August.

The CPI increase was announced as 7.98 percent on a 12 month moving average basis, a 4.53 percent shift since December 2015.

The highest monthly increase was in the alcoholic beverages and tobacco category with 3.44 percent, followed by education with 2.61 percent, hotels, cafes and restaurants with 0.82 percent, housing with 0.47 percent and miscellaneous goods and services with 0.45 percent.

The food and non-alcoholic beverages category, which is among the main determinants in CPI and primary cause of increasing inflation in 2015, saw a decrease by 1.92 percent in August, helping the index decrease. The highest monthly decrease was in the clothing and footwear category with 4.69 percent.

With August's data, the alcoholic beverages and tobacco category again stood as the champion of price increases with a 23.03 percent rise in prices in the last 12 months, followed by miscellaneous goods and services with 11.84 percent, health with 10.6 percent, education with 9.18 percent, and hotels, cafes and restaurants with 8.63 percent.