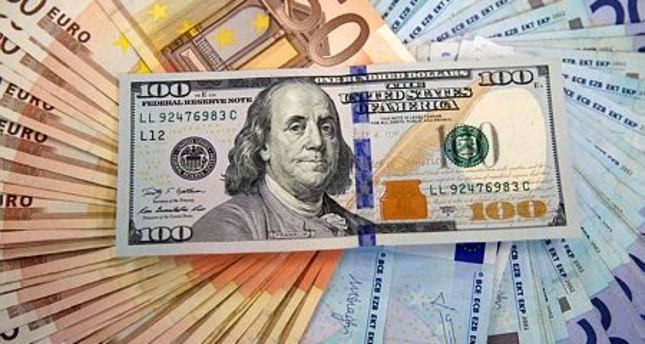 The U.S. dollar fell against the euro on Wednesday as investors started to focus on the upcoming European Central Bank (ECB) meeting.

The euro rose to $1.0745 on Wednesday as a result of the expectations by the ECB to taper easing operations. The ECB is due to make decisions on Thursday.

A would-be decision of tapering is expected to cause a sharp surge in the euro.

Analysts foresee that the ECB could actually deliver some easing but the plan on tapering operations would rather be scheduled in coming months.

In the meantime, the Fed will be holding a meeting next week where it will most likely raise interest rates. Such a decision could lead to boost the dollar and pressure currencies of the emerging markets such as the Chinese yuan or the Russian ruble.

The recovery came amid President Recep Tayyip Erdoğan's call to protect the currency by exchanging dollars for liras which caused a rush by people and institutions who converted their dollars into liras.

The dollar/lira rate decreased to 3.38 after the historic high of 3.59.