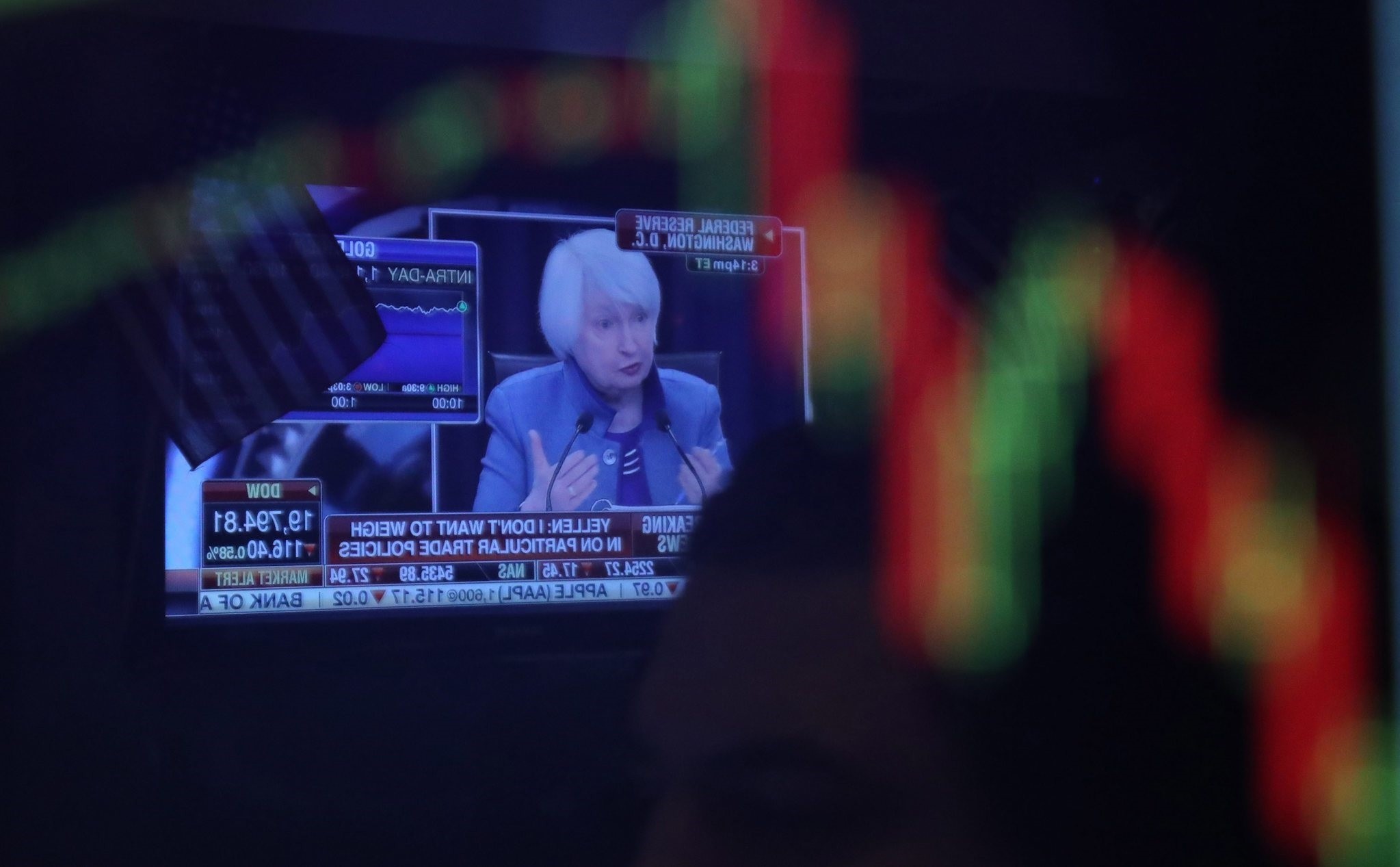 While markets promptly reacted to the FED's decision to hike interest rates with climbing U.S. bond yields and depreciating currencies and commodities, the uncertainty due to Trump's pledges for stimulus policies clouds the FED's intention to have more hikes in 2017

The U.S. Federal Reserve (FED) raised short-term interest rates for the second time in a decade on Wednesday and forecasts a faster pace of tightening in the economy next year in response to a U.S. economy gaining momentum with low unemployment and inflation.

Following the FED's decision hike interest rates, which came in a unanimous 10-0 vote, and hints at more increases in 2017 than investors anticipated, the dollar surged to its highest levels in 14 years, creating a sway over emerging markets. Further hikes are hardly guaranteed as the FED predicted it would raise rates four times in 2016.

While the 10-year U.S. Treasuries yields rose to 2.584 percent, having risen more than 0.7 percentage points since Donald Trump was elected as the next U.S. president and yields on two-year Treasury paper jumped more than 10 basis points to 1.28 percent, the allure of higher U.S. yields has raised risks for emerging markets in Asia and elsewhere, as funds look to take advantage of rising U.S. rates in an environment of sluggish global growth.

The yuan promptly fell to its lowest levels in more than eight years, reflecting the weakening in the daily midpoint. Low-yielding currencies such as the Singapore dollar and Korean won came under pressure, and analysts anticipate the low-yielders will be on the back foot in an environment of a rising dollar, higher U.S. yields and a depreciating yuan.

Wall Street suffered its biggest percentage decline since before the Nov. 8 U.S. presidential election, though the loss was slight compared with the gains of the last month or so. The Dow ended Wednesday down 0.6 percent, while the S&P 500 lost 0.81 percent and the Nasdaq 0.5 percent.

While dollar-TL parity surged with the forecast that the FED will tighten its monetary policy way above expectations next year, the exchange rate rose up to 3.54 in early morning quotes. Later, the exchange rate, which has loosened up to 3.5040, stood at 3.5211 in the afternoon. After the FED's decision to raise the interest rates, the BIST 100 index started yesterday at 76,325,92 points with a 0.72 percent decrease, but hit 76.698 in the afternoon.

The rising dollar also slugged commodities with a slip in oil prices, already smarting from concerns about oversupply. Brent crude futures dropped to $53.87 per barrel, turning negative on the week. Similarly U.S. crude was quoted at $50.87 per barrel, having slipped 6.7 percent from its near one-and-a-half-year peak hit on Monday. Gold dropped to its lowest in more than 10 months at around $1,135.1 per ounce.

Signals of doubts over

At the press conference held after FED's decision, FED chairperson Janet Yellen attributed the FED's higher number of estimated rate hikes for 2017 to a lower unemployment rate and possibly some changes in Federal budget policy beginning next year. But she emphasized that any changes to the FED's projections were "modest."

She said FED officials, during their meeting, discussed Trump's economic plans as well as the surge in stock prices, bond yields and the dollar that's followed his election. The body's leader said they had reached no conclusions. "We are operating under a cloud of uncertainty at the moment, and we have time to wait and to see what changes occur and to factor those into our decision-making," she concluded.

After a presidential campaign full of blunt words and sweeping promises, the FED chair sought Wednesday to make a nuanced point: The moment for a deficit-fueled stimulus to accelerate job creation has likely passed. With unemployment at a low 4.6 percent and hiring consistently solid, Yellen said she thought employers no longer needed large tax cuts and heavy infrastructure spending to create jobs. In fact, she suggested that with unemployment at a nine-year low, a major stimulus of the kind Trump is pushing could pose risks. For one thing, Yellen indicated that the government's debt could become a heavier burden. "As our population ages, the debt-to-GDP ratio is projected to rise," she said. "And that needs to continue to be taken into account."

Yellen's remarks, at a news conference after FED announced it was raising its key interest rate, cast her in an unusual role: Once a strong advocate of Federal spending to support the economy in the aftermath of the Great Recession, Yellen now has cautionary words about such efforts. "I would say at this point that fiscal policy is not obviously needed to provide stimulus to help us get back to full employment," Yellen said. "I wouldn't want to speculate until I were more certain of the details and how they would affect the likely course of the economy," the FED chair added.

Details about Trump's policies remain too scarce for FED to adjust its policies accordingly. But the nonpartisan Committee for a Responsible Budget estimates that Trump proposals would add $5.3 trillion to the national debt over 10 years.

Despite abstaining from any blatant comment directed at Trump's stimulus intentions, private economists noted that her remarks suggested that FED might choose to raise rates at an accelerated clip if Trump manages to enact a massive dose of stimulus. A sustained series of rate increases would likely limit the economy's ability to grow 3.5 percent annually - the pace Trump's advisers say can be achieved.

A Fitch viewpoint on FED's decision

The U.S.-based credit rating agency Fitch Ratings has announced that Fed's decision to raise interest rates may be an indicator that monetary policy will normalize faster than anticipated for 2017 and 2018. It was noted in a statement released by Fitch that Fed will be less likely to postpone interest rate hikes in the coming period, and that interest rate hikes are expected to be made gradually and in line with historical standards, in line with Yellen's comments.

The statement indicates that Fitch expects to see two 0.25-basis point rate hikes within the next year according to the latest estimates, but there are risks associated with a faster interest rate hike, and core inflation in the U.S. is still above 2 percent.

Noting that wage inflation has risen over the past 18 months, and unit labor cost has maintained a level above 2 percent, Fitch pointed out that unemployment is below natural rates according to several measurements, adding that this situation is more noticeable in the Fed's opinion.