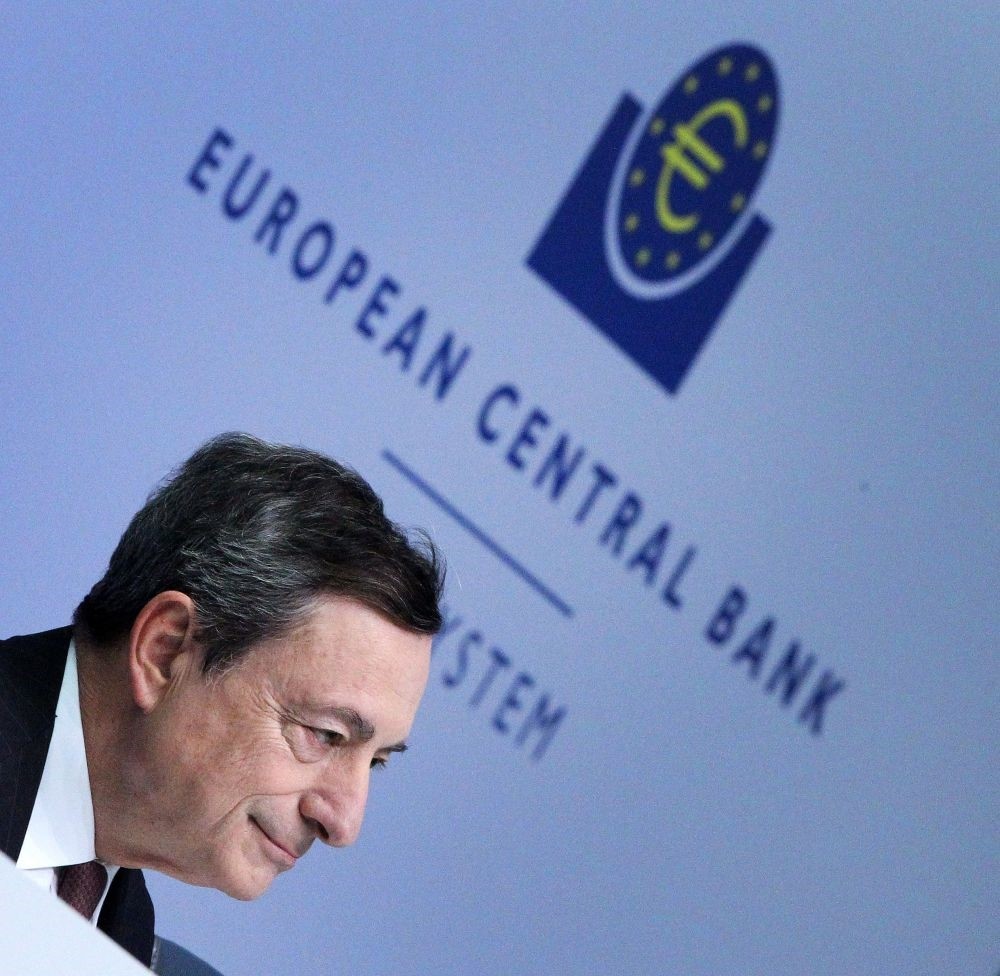 ECB President Mario Draghi
by Feb 01, 2017 12:00 am
Growth in the eurozone accelerated, inflation rose towards the European Central Bank's (ECB) key target and unemployment fell to a seven-year low as the bloc's economy shrugged off uncertainty over the Brexit and with U.S. President Donald Trump taking the Oval Office. The EU's Eurostat statistics agency said growth in the eurozone sped up in the fourth quarter of 2016 to 0.5 percent, beating analysts' estimates. The data meant that the eurozone economy grew by 1.7 percent in 2016, exceeding the United States which gained 1.6 percent last year.

Faster growth came on a spike in consumer demand in France and Spain while Germany's export-driven economy remained on a solid course. Inflation in the eurozone meanwhile jumped to 1.8 percent in January, a big leap from 1.1 percent a month earlier. That will put pressure on the ECB to scale back its controversial stimulus measures as it nears its stated target figure of inflation below but close to 2.0 percent. EU Economic Affairs Commissioner Pierre Moscovici cautioned that the solid growth data still fell short of a full recovery. "The recovery is solid for the fifth year running... but it is still too weak to create all the jobs we need," Moscovici said. Moscovici, a former French finance minister, also insisted that the inflation data were shy of the objectives set out by the ECB when it embarked on its stimulus program.

Eurostat also said that the eurozone jobless rate fell to its lowest level since May 2009 in December. Unemployment in the 19-nation eurozone fell to a lower-than-expected 9.6 percent in the last month of 2016, with big drops in Spain and Portugal, where joblessness has remained high since the crisis.

During the worst of the debt crisis, unemployment in the single currency bloc peaked at 12.1 percent. Improvement since then has been painfully slow, with the economy way off of the 7.5 percent jobless rate seen before the 2007-2008 financial crash. Youth unemployment in the eurozone still stood at a very high 20.9 percent, though this was lower than the 21.8 percent posted a year earlier. The fall in unemployment will add to the growing list of arguments out of powerful Germany that the ECB should put a stop to its massive stimulus program as early as possible.

"The ECB will look at this batch of data with a mix of joy and concern as it does show that the economy is moving in the right direction," said Bert Colijn, senior economist at ING. But it will also "probably bring out the hawks early," he added, referring to powerful voices in Europe that want the stimulus to come to an end soon.

Germany, the EU's biggest economy, has long grumbled about ECB policy, objecting that the stimulus, along with low interest rates, hurts savers and encourages overspending governments to delay much needed belt-tightening.

The ECB, led by Mario Draghi, is at pains to stress that despite the series of positive economic signals, it may be too soon to pull back on the program. Analysts agreed, cautioning that the boost in inflation was primarily due to increased energy and food prices and that underlying consumer prices remained very low. The ECB is most afraid of deflation, a sustained fall in prices as consumers lose faith in the long-term health of the economy.

"The ECB has made it very clear that it wants to see sustained, decisive evidence that underling eurozone inflationary pressures are picking up," IHS Markit economist Howard Archer said. "Consequently, we suspect that the ECB is not for changing tack any time soon."
RELATED TOPICS