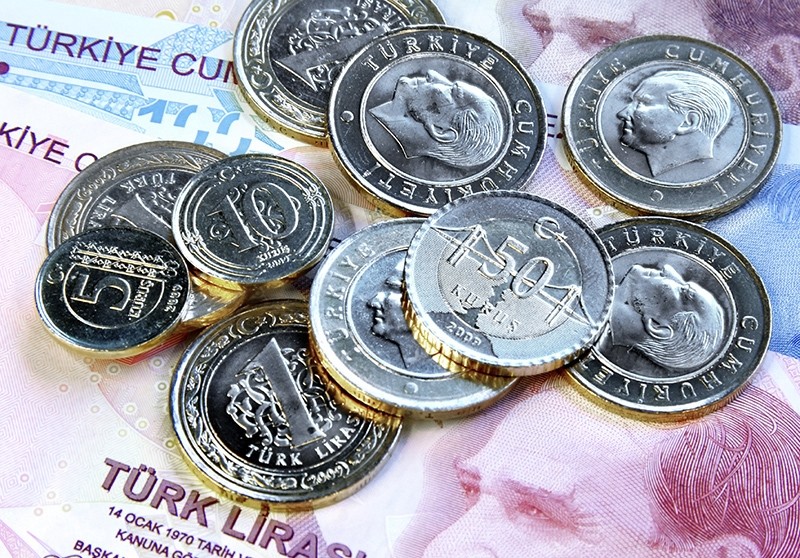 The Turkish lira surged to a three-week high on Thursday, leading emerging markets which took heart from a weaker dollar after the U.S. Federal Reserve gave no hint of accelerating rate hikes.

Dollar started the day by losing ground against lira and the dollar/lira exchange rate decreased by 1 percent to under 3.73.

Analysts say the decline in the dollar index, which started after Fed decided to keep the bank's policy rate unchanged at 0.50-0.75 percent, may continue in the coming days and the dollar/lira exchange rate may fall further down to 3.65.

The lira rose as much as 1.5 percent to hit a three-week high, its fourth straight day of gains after suffering the worst January in almost a quarter of a century. "One (factor) is the broad-based weakness of the dollar - this is something we are seeing across the market," said Murat Toprak, FX strategist at HSBC. Toprak said markets had started to unwind some of the extreme lira short positions of recent days. "Also, the liquidity tightening policy of the Turkish central bank is starting to produce some effects, with the average cost of funding of banks above 10 percent providing support for the lira," said Toprak

In case the support level in the dollar/Turkish lira parity, which is currently 3.75, is broken, the dollar is expected to continue tumbling against the Turkish lira and parity will reach the 3.50-3.60 level. Analysts also note that the liquidity tightening steps of the Central Bank of Republic of Turkey (CBRT) as well as the depreciating demand in the auctions of foreign currency depo against the Turkish lira, which was construed as a swap in the market, also ceased the upward movement of the exchange rate.