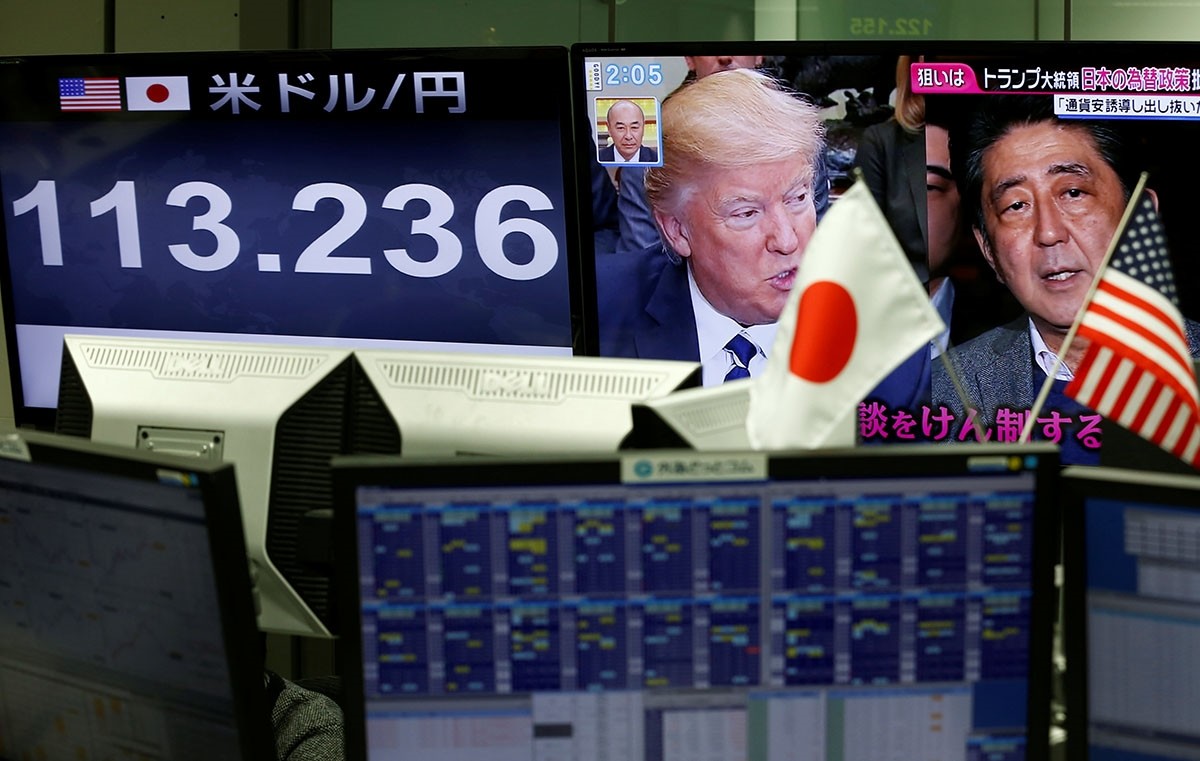 A TV monitor showing U.S. President Donald Trump and Japanese Prime Minister Shinzo Abe is seen next to another monitor showing the Japanese yen's exchange rate against the U.S. dollar at a foreign exchange trading company in Tokyo. (Reuters Photo)
by Feb 03, 2017 12:00 am

Japan is putting together a package it says would generate 700,000 U.S. jobs and help create a $450-billion market to present to President Donald Trump next week, government sources familiar with the plans said.

The plans, to be unveiled when Prime Minister Shinzo Abe visits Trump on Feb. 10 in Washington, envisage investments in infrastructure projects such as high-speed trains and cybersecurity, said the sources, who declined to be identified as they are not authorized to speak to the media.

Investing in overseas infrastructure projects dovetails with a key plank in Abe's growth strategy, which is to export "high-quality" infrastructure technology.

The government may tap its foreign exchange reserves account to fund the package, the sources said.