Turkey's inflation stands above expectations at 2.46 pct in January, rises to 9.2 pct on annual basis 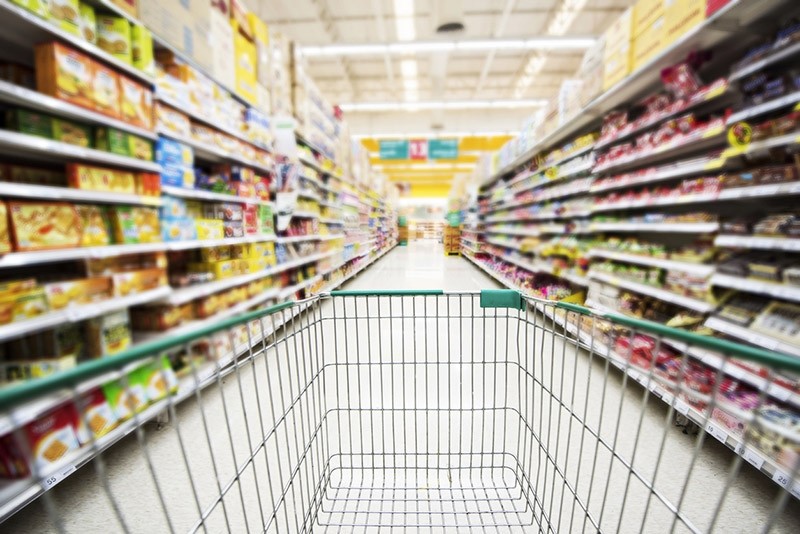 Turkey's consumer price index (CPI) rose by 2.46 percent in January, bringing the annual inflation rate to 9.22 percent, according to the data released by the Turkish Statistical Institute (TurkStat) on Friday. The rise on the 12 months moving averages basis was 7.76 percent in January.

Despite a slowdown in food prices in 2016, the food and non-alcoholic beverages category was again the driving force in the rise of inflation in January as prices rose by 6.37 percent. Health, transportation, miscellaneous goods and services, and recreation and culture followed with the next highest price increases, with 4.66, 4.25, 3.24 and 2.39 percent rates, respectively.

The only monthly decrease was in clothing and footwear with a 6.99 percent decline in overall prices.

On an annual basis, alcoholic beverages and tobacco again lead in inflation as prices rose by 22.9 percent. Other categories with the highest increases were transportation with 15.61 percent, miscellaneous goods and services with 12.74 percent, health with 12.13 percent and education with 9.43 percent.

Concerning the average prices of 414 items in the index, the average price of 31 items remained unchanged in January, while those of 300 other items increased and that of 83 items decreased.

"The inflation rate will fluctuate between 6.6 percent and 9.4 percent through to the end of 2017 and the mid-point will be 8 percent," CBRT Governor Murat Çetinkaya said on Tuesday.

A panel of 22 experts questioned by Anadolu Agency predicted on average a 1.73 percent hike in consumer prices in January on a monthly basis and 8.44 percent on an annual basis.

Minister of Finance Naci Ağbal stated that the food committee's decisions, along with the practices that the Central Bank of Republic of Turkey will initiate and the government's upcoming fiscal policies for the next period, will together facilitate a downward movement in the inflation in the middle term.

With regards to the reasons for the above-expectations inflation rate, AA Finance Analyst and Economist Haluk Bürümekçi explained that the upward movement in unprocessed food (fruit-vegetable) and the significant hikes in the prices of goods fragile to exchange rates both fed the inflation hike. Although the sales rate exceeds last year's sales rate, the increase in the prices of the groups of goods susceptible to exchange rate such as furniture, household appliances, automobiles, audio-visual systems, healthcare) has led to a hike in core inflation, said Bürümekçi. He further noted that in addition to the uncertainty and volatility in the food prices, the upward trend in the prices of commodities such as crude oil and the volatility in currency will yield further risk of an upward movement in inflation in the coming period.

In parallel with Bürümekçi, Finansinvest Chief Economist Burak Kanlı asserted that the inflation hike occurred because of three main reasons: the increase in the fruit and vegetable prices due to frost and the inundation that occurred in December and January, increasing energy prices and the depreciation of the Turkish lira.