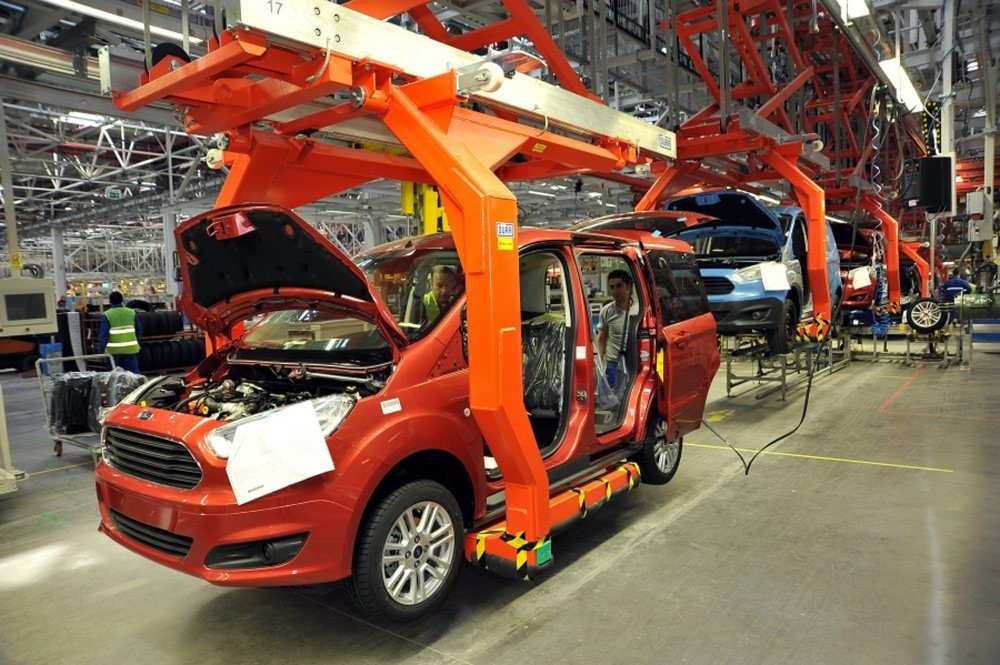 The incentive program titled Centers of Attraction for which $5.22 billion worth of foreign investment is planned and which offers hassle-free investment zones in 23 eastern provinces has already attracted both Turkish and foreign investors for industrial projects. Iranian companies have come to the fore among foreign investors, followed by Germans and French

The Centers of Attraction program is designed to revive a sluggish foreign investment market, energizing business professionals and increasing the foreign investment curb appeal in regions across the country. Iranian-based companies now lead the way among foreign companies seeking to invest in the country, followed by German and French companies.

In organized industrial zones across Turkey's eastern Van province, managers informed Daily Sabah that German chemical giant BASF as well as a famous food brand have launched investment projects in the southeastern province of Diyarbakır amid aims to increase production in Turkey.

Companies seeking to invest in Diyarbakır include German plastic producer Werde and chemical company Wilco, as well as Iran's largest lumber company Aida along with the Sahan Group. While Aida seeks to establish a huge, medium-density fiberboard (MDF) factory in the city of Diyarbakır, Kaptanoğlu Plastics Company, which has international investments, also plans to invest in the city of Van where organized industrial zone authorities say they expect roughly 10 new investments from Iranian companies by the end of the year. France-based TelePerformance is one of the companies planning to make employment-oriented investments, while the CEO of the company's Turkey offices, Engin Utkan, said that the Center of Attraction offers significant opportunities for new investment, adding that the company will be moving its investments to these organized industrial zones and indicating that they expect nearly 10 new investments from Iran by the end of the year. In addition, France-based Teleperformance is one of the companies planning employment-oriented investments. Teleperformance Turkey CEO Engin Utkan said the Center of Attraction offers them significant opportunities for new investments, adding that they will move their investments to these provinces in 2017.

According to Southeastern Young Businessmen's Association President Hakan Akbal, the most important reason for the great interest in the centers of attraction is that they have solid regulations. He stated, "If this excitement and legal regulations continue, investments that have been suspended for a long time can be actualized."

$1.1 billion worth of investment in 'one go'

Karacadağ Development Agency (KKA) Secretary General Hasan Maral said investors visit the agency's offices to receive information, noting that more than 300 investors received information about the issue in Diyarbakır and Şanlıurfa. Also, a total of 40 companies made pre-applications for Diyarbakır alone. The investments of these companies will exceed $1.1 billion including their spending on building, machinery, equipment and working capital loan - which will create around 6,000 jobs in the region.

Centers of Attraction covering 23 provinces appeal to foreign investors from Iran, Germany and France. Development Minister Lütfi Elvan has stated that companies began delivering their official requests on Jan 24. He added, "Pre-requests have amounted to TL 20 billion. We think they will create jobs for 112,000 people. Strong companies having a significant foothold in eastern and southeastern Turkey made applications."

With regards to investments encouraging the development of the centers, chairs of Turkish business associations highlighted the contribution that the centers will make to the Turkish economy and believe that these reforms and incentives will revive Turkish trade.

Speaking to Anadolu Agency (AA), Independent Industrialists' and Businessmen's Association (MÜSİAD) Chairman Nail Olpak noted that the program has found significant backing in the business world. Stressing that the rapid implementation of investments is as important as their content, Olpak said that the book-building process lasted from Nov. 28, 2016, to Jan. 14, 2017, to see the interests of investors in the program. According to Olpak, nearly 200 applications were made for the program within two months alone and the investments amounted to TL 19.6 billion ($5.1 billion). So the facts are encouraging: "On the one hand, these figures indicate that reforms are practicable, and on the other, they indicate that applications will continue to increase in the upcoming period," Olpak noted.

Underlining that investments are fundamental variables for economic growth, Olpak said reforms will contribute to economic growth in 2017. He added that given the investments amount to TL 19.6 billion in the book-building process, it seems reforms will give provide major support to the positive growth of the Turkish economy and usher in a fruitful period.

Istanbul Chamber of Industry (ITO) President Erdal Bahçıvan stated that the incentives and packages introduced aim to financially aid companies and facilitate their access to loans.

Referring to the research and development activities and export incentives that aim to boost investments and competitive power, Bahçıvan said awareness and willingness about reforms in the business world and public has increased in recent years. Defining this as a significant advantage, Bahçıvan noted that the content of the reforms introduced is largely agreeable. "Certainly, the government's measures about financing have strengthened the hands of our SMEs and industrialists while making plans for 2017," he concluded.