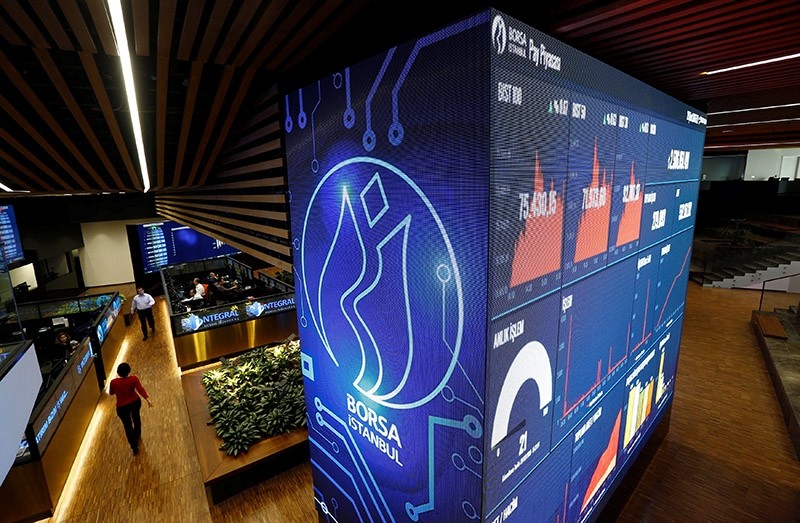 Foreign investors, who ended the year 2016 with purchases in Borsa Istanbul (BIST) Stock Exchange, have made a net purchase worth $816 million in shares in the first month of this year.

Foreign investors, who were on the purchasing side of the stock exchange for the most part of last year, completed 2016 with a net purchase of $614 million.

The foreign investors have made the strongest purchase since Jan. 2016 with net $ 816 million in January.

According to the analysts, the fact that corporate shares traded on BIST remained cheaper than their counterparts in dollar terms made it possible for purchases by foreign investors to be strengthened.

Analysts said that uncertainties over the financial policies of the US president-elect Donald Trump lowered the expectations of the US Federal Reserve (the Fed) to raise interest rates in March and June, suggesting that investors' risk appetite remains strong despite recent macroeconomic data which came out better than expected in the US.

While foreign investors generally preferred bank share markets in their purchases in January, strong purchases in Turkish Airlines (THY) shares were also noteworthy.

Meanwhile, ASELSAN was the first choice of foreign investors with net sales totaling $23.7 million during the same period, followed by Türk Traktör with $6.4 million, Tekfen Holding with $5.6 million, Migros with $3.4 million and Park Electric with $3.2 million.