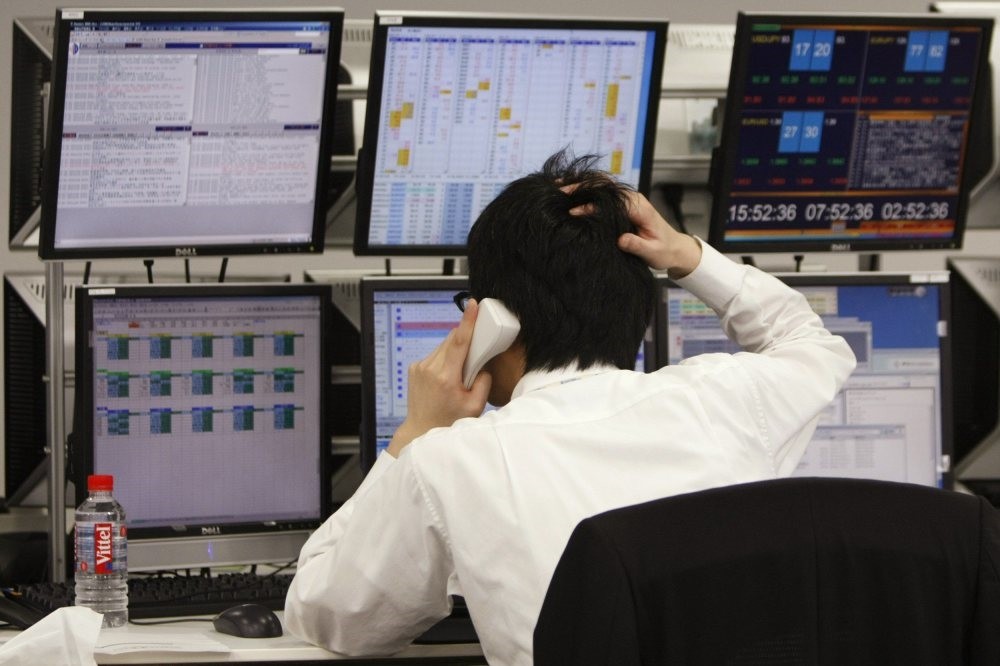 The Capital Markets Board shook the FX market in Turkey by setting a minimum margin of TL 50,000 in leveraged transactions and reducing the leverage to 10:1 in an effort to protect retail investors from losses in a decision that could lead some investors to close their positions for good and leave the market, analysts say

The Capital Markets Board (SPK) introduced a couple of amendments in leveraged forex trading transactions on Friday. The board brought a minimum margin of TL 50,000, which is also referred to as the collateral that forex traders use to invest in various financial instruments, in leveraged trading transactions and the leverage was re-arranged as 10:1; previously, before the amendment it was100:1.

The communiqué released by the SPK stipulates that positions that do not comply with the latest amendment shall be made compliant with the amendment within a period of 45 days. The following are the headlines in the SPK communiqué published in the Official Gazette yesterday:

The leverage provided in forex transaction allows forex traders to gain high returns. It signifies the ratio for positions that can be bought in return for collateral deposited to engage in transactions. Leverage that can be imposed on the positions may not exceed 10:1.

The SPK has the authority to change this ratio and determine leverage ratios based on the asset when it deems necessary.

To initiate leveraged transactions, a minimum margin of TL 50,000 or equivalent amount of foreign currency must be deposited in the account.

The minimum leverage that will be imposed within the framework of the first article is set on the contract that will be signed between forex brokers and customers. To change the leverage afterwards, the approval of the customer is required. Customer approval is possible through any kind of tool in the electronic media under the condition that the forex broker encourages to do so.

Leverage can be defined as borrowing a certain amount of money necessary to make investments. In the case of forex, the money is borrowed from a broker, the company providing forex services. Forex trading offers high leverage for an initial margin requirement; a retail investor can build up and control a huge amount of money. In other words, leverage in forex trading, magnifies gains and losses.

Assume that an investor has an account with an online forex broker, which provides the investor with the maximum leverage permissible in Turkey, which is currently 10:1. The leverage means that for every dollar the investor puts up, he or she can trade $10 of a major currency, if the investor has an account in the U.S. dollar. If the investor deposits $5,000 as margin, which is collateral or equity in the trading account, then she or he can put on a maximum of $50,000 in currency trading positions initially. Nevertheless, this amount will fluctuate depending on the profits and losses generated from trading. Prior to Friday's amendment by the SPK, an investor with $5,000 as margin had been able to put on a maximum of $500,000, as the permissible leverage was 100:1.

What will happen in the FX market?

Friday's decision of the Capital Markets Board raised both serious questions and worries as to what will happen in the forex market, as the decision was mostly unexpected despite previous attempts to regulate and adjust by the board. Analysts and economists generally view this decision as meant to shake the Turkish forex market and cause losses both for investors and forex brokers.

When asked about why the SPK made such a decision that shocked investors and forex brokers, Taha Meli Arvas, a Turkish financial analyst, said that the recent amendment is already a continuation of steps taken during Professor Vedat Akgiray's tenure as head of the SPK to regulate the FX market in Turkey. These are much-needed steps taken to protect the smaller retail investor, many of whom are fooled by promises of quick high returns using ridiculous amounts of leverage. "Lending unsuspecting investors 100 times their capital in markets that move in excess of 200-300bps per day guarantees the unsophisticated investor is bound to lose all of his or her money quickly," he said, drawing attention to the fact that the decision will not affect firms that use FX markets to hedge against currency moves because they do not use such high leverage multiples. Also, he added, the TL 50,000 minimum to open an account is no barrier to firms but is rather meant to prevent unsophisticated and inexperienced retail investors from losing all of their investment. In that regard, the decision is a step taken to protect investors with no financial literacy.

When the decision first hit the wires, the cause may be considered one of the series of steps taken to balance out currency volatility from which the Turkish lira has been suffering for a while. However, analysts do not construe the SPK's decision as a measure to prevent currency speculations. Evaluating the decision, Arvas said that the amount traded by retail investors is not sufficient to move markets; therefore, it is not a decision to counter currency volatility.

Like Arvas, Enver Erkan, Deputy Research Manager at KapitalFX, said the amount traded in the FX market is not large enough to yield speculations that fluctuate parities, particularly the USD/dollar parity.

Erkan also noted that the decision to reduce the leverage to 10:1 was taken to prevent retail investors who suffer from large losses due to high leverage ratios and lack of efficient risk management. Depicting the decision as a radical one, Erkan also underscored that the minimum margin of TL 50,000 will cause the FX market in Turkey to lose a great number of investors.

In fact, Erkan said that both the capital market and the FX market will be affected by the decision, creating a contraction in the market, and the solution to regulate the market is not to stall investors from engaging in forex trading. Although leverage in the FX market in Turkey required a regulation, the requirement of minimum TL 50,000 was a radical decision, according to Erkan.

In addition to adjusting leverage and the minimum margin amount, investors in the FX market should be provided with financial literacy, Erkan highlighted, as it is unsophisticated investors who suffer from great losses.

Moreover, since small forex brokers, rather than foreign firms or firms backed by holdings or big investment companies, may have to close their business or resort to laying off employees, which will cause further unemployment in the sector, which currently has 6,500 employees, Erkan said. Another point he drew attention to is the macroeconomic impacts of the decision. In the very near future, capital is likely to flow out of Turkey because portfolios might leave the Turkish FX market and go to foreign brokers through online trading platforms, which would have major impacts on the current account deficit. With regard to the SPK's decision, Deputy Prime Minister Nurettin Canikli said the leverage was reduced with the aim of protecting investor losses and preventing speculative transactions on foreign currencies by minimizing the risks ensuing from over-volatility.

On Monday, representatives of 44 forex firms will hold a meeting to assess the recent decision. Now, they weigh the situation, asking what's going to happen in the market.
RELATED TOPICS