Turkish organic products to be promoted in Germany 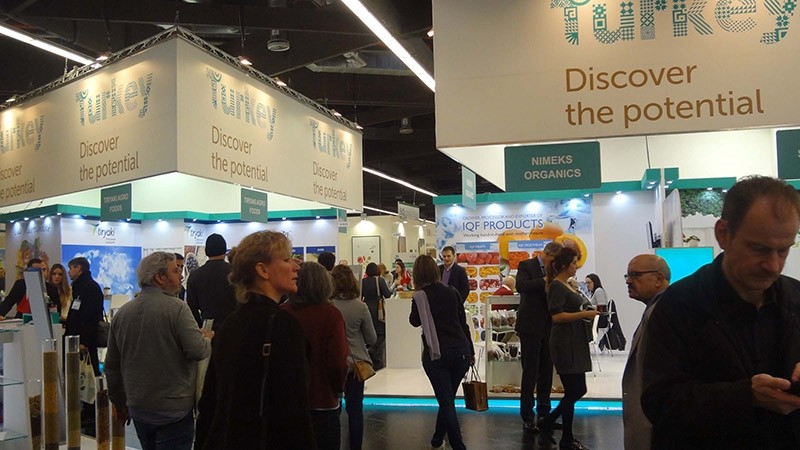 A total of 20 Turkish companies will promote their products at the world's biggest organic products fair in Germany's southwestern city of Nuremberg this February.

The 28th Biofach fair, which will be open to visitors between February 15 and 18, exhibits a wide range of organic products including food, textile, ready wear, accessories, paper, furniture, musical instruments and agricultural produce.

The Aegean Exporters' Association, which represents the Turkish companies, stated that export of Turkey's organic products sector is aimed to increase to $2.5 billion yearly by 2023 from its current level of $400 million.

Turkey previously participated in the 2015 Biofach fair with 13 companies and the following year with 16, Nurettin Tarakçıoğlu from the Aegean Exporters' Association said.

Tarakçıoğlu also added that the Biofach fair was a great opportunity to promote Turkish organic products as there were about 50,000 visitors in 2016 with participant countries mostly from Europe, and increased interest from China, India and North America.

According to recent worldwide research, an area of about 31 million hectare is being used for organic agriculture and the number of organic farmers reached a new high of 634,000. The largest organically cultivated areas can be primarily found in Australia, Argentina, U.S., Canada and India.