Valentine's Day expected to contribute TL 9B to Turkish economy 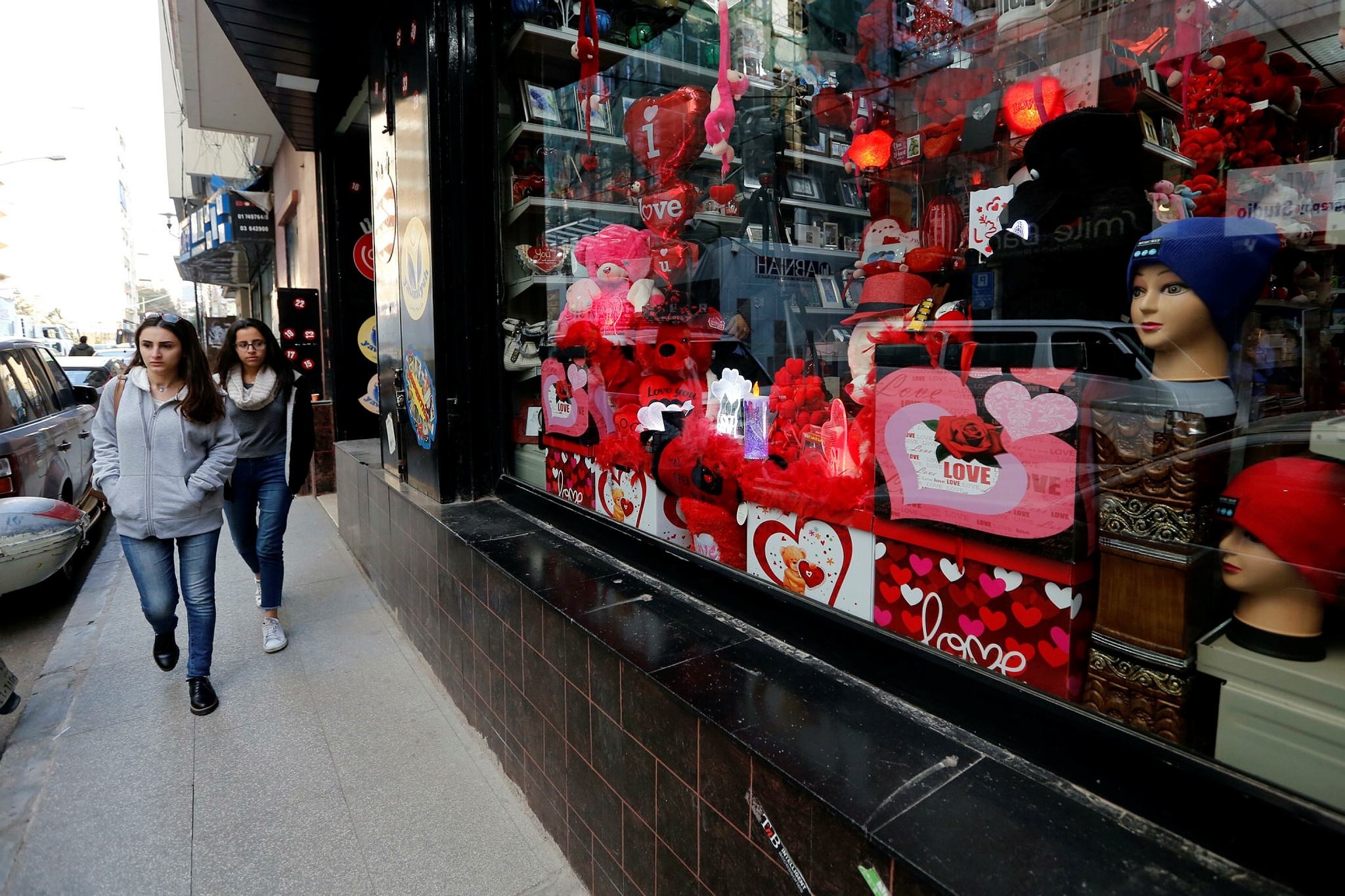 The retail sector expects high outcomes from Valentine's Day on Feb. 14. Sales have already jumped by 25 percent and are expected to generate TL 9 billion in revenue, as people try to find the best gifts for their loved ones

The retail sector, which got off to a positive start in 2017 and saw several active days with recent discounts and promotional campaigns, has seen a 25-percent boost in sales thanks to Valentine's Day on Feb. 14 and the positive impact of a busy weekend. With the current state of the real sector, Feb. 14 is expected to contribute TL 9 billion ($2.4 billion) to the country's economy.

Bendevi Palandöken, president of the Confederation of Turkish Tradesmen and Craftsmen (TESK), said that over the past two years, the week of Feb. 14 has seen weekly spending amounts exceeding TL 8.3 billion in sales, adding that Feb. 14 is expected to contribute TL 9 billion to the economy this year. Underlining the estimate that between 18 million and 20 million red roses will be sold on Valentine's Day, Palandöken said that rose sales increase tenfold on Valentine's Day compared to regular days in a calendar year.

Owner of Saat&Saat Ramazan Kaya said that they made a good start to February with sales increasing by 24 percent by the end of the week compared to the same period last year. Highlighting that sales saw an upward trend last month despite frigid weather conditions, Kaya said: "Generally there is a demand for models special to Valentine's Day, such as heart-shaped and red-colored products. The sales of male products also go well." Kaya said, noting that the average Valentine's Day shopper is between the ages of 20 and 32. Ersa Saat consultant Cent Uğurdağ said that they achieved their highest sales figures on Feb. 14 compared to the rest of the year, adding that they have seen a sales increase of more than 30 percent of the average for the whole year.

According to a survey conducted by e-commerce retail giant GittiGidiyor for Valentine's Day, 34 percent of men prefer to purchase flowers for that special someone, while 28 percent like to give jewelry to their Valentines. Among women, 42 percent prefer to purchase apparel for their loved ones. Gifts ranging from TL 50 to TL 150 in price are preferred by 32 percent of single men, 35 percent of single women, 30 percent of married men and 33 percent of married women. Among the most widely preferred gifts of the previous year, necklaces, romantic gift packages, wrist watches, perfumes, smart watches, cameras, mobile phones, tablets, computers and game consoles.

Kiğılı General Manager Hilal Suerdem said that the sales increase will reach as much as 25 percent on Valentine's Day. Damat-Tween's Chairman Süleyman Orakçıoğlu said, on the other hand, that they have sold mostly shirts, knitwear and accessories, increasing their sales by 10 percent.Matraş Chairman Erdal Matraş said that the sales increase is likely to hit 20-25 percent by the end of the week, stressing that people have tended toward consumption once again thanks to the stability in the markets and the mitigation of the surging dollar.
RELATED TOPICS