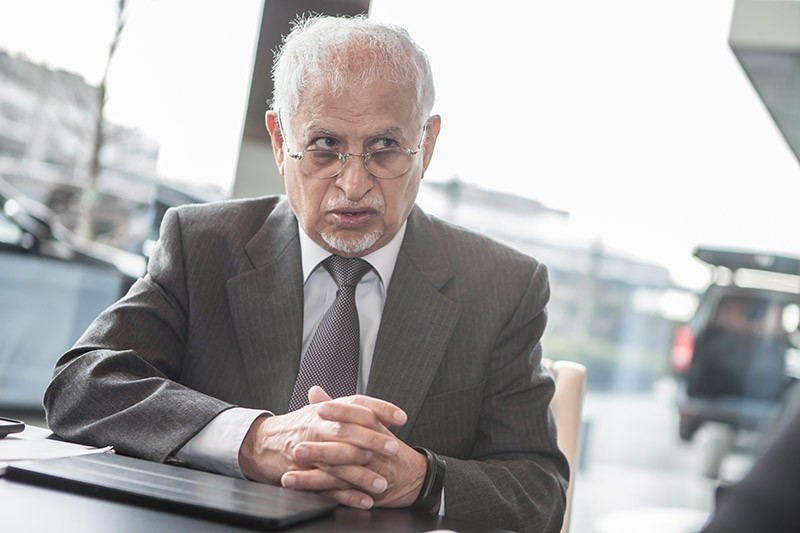 by Şeyma Eraz Feb 15, 2017 12:00 am
President Recep Tayyip Erdoğan paid a visit to Riyadh Tuesday to discuss economic and political ties with the country's top officials. The Saudi government is looking for ways to diversify its economy to escape its oil dependence, particularly after the recent low oil prices dragged down the country's economy.

Thanks to low drilling costs, the Saudi capital has been only marginally affected; however, the government needs to think about the future. This has forced it to enact new reforms and establish new targets like the Saudi 2030 vision.

The new reforms have opened up opportunities for Turkish companies to benefit since the resource-poor country has had to expand its economy in different sectors, helping its businessmen gain expertise in different fields. Now, through joint ventures, Saudi businessmen can make use of Turkish expertise.

"Investment is the priority," Abdulrahman Abdullah al-Zamil, chairman of the Council of Saudi Chambers and head of Zamil Group, told Daily Sabah. Zamil underlined that the only way to build strong relations is through economy, investment and trade.

"Erdoğan's visit was not only on the leadership level but also on the business level, which is crucial," Zamil said.

"Turkey is one of the most important areas to invest in for Saudis," Zamil further said, adding that there is a lot of interaction between the two countries and more projects are likely to emerge as the two countries build stronger ties.

Turkey's imports from Saudi Arabia totaled $1.8 billion last year, with plastics, plastic products and mineral fuels being the most important imported items. On the other hand, Turkey's exports to Saudi Arabia surged to $3.2 billion in 2016 from $1.5 billion in 2007. Electrical machinery and appliances, carpets and floor coatings constituted the most important exported items. And that appears to be just one side of economic relations. The two countries are keen on developing investments.

"Saudis, when they invest in something locally or in another country, don't think about the exit," Zamil said, explaining the way the Saudis work. "Because most of the Saudi firms investing in Turkey are not financial institutions. Financial institutions are the only ones who think of the exit. Because they need to get back the money to give to their shareholders. But, investors know that there will be ups and downs."

"Saudis invest in Turkish brands. The second step is they take the joint venture here together to Saudi Arabia, not only to serve the Saudi market but also to serve to the surrounding market," he said.

The Saudi government project "Buy Saudi" requires local production for government procurement. Turkish-Saudi joint ventures are important for investors who seek to take a share from the large Saudi budget. Considering the incentives provided by the government, investing would be "very appealing" for Turkish firms, according to Zamil.

The Saudi government provides loans of up to 75 percent of the total investment, with zero interest and long-term payment periods of up to 20 years. Zamil called on Turkish companies to take advantage of the opportunities in Saudi Arabia.

"Especially in the field of construction, Turkey must pay more attention to Saudi Arabia. More business will come now, even though oil prices are down," Zamil said.

Saudi Arabia is now going through a privatization process, which Turkey has been through in the last decade. This will open up many tenders, especially for the construction sector, like bridges, roads, hospitals, and power plants. According to Zamil, Turkish contractors should eye the joint ventures to takeover new projects in Saudi Arabia.
Last Update: Feb 15, 2017 2:46 pm
RELATED TOPICS