World stocks head towards record high on Yellen, US outlook 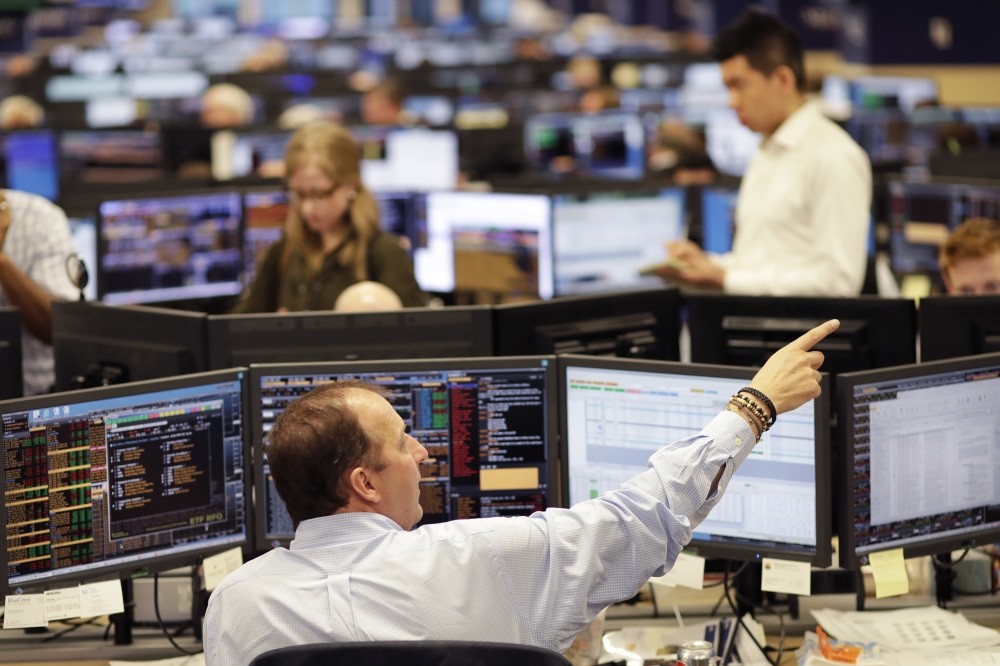 Following Yellen's testimony before Congress, in which she hinted at a possible interest rate hike in the March meeting of the Fed, stocks around the world and the dollar continued to rally, while oil and gold prices declined

World stocks rose to a whisker off all-time highs yesterday and the dollar rose for the 11th straight day following Federal Reserve Chair Janet Yellen's flagging of a possible interest rate rise next month. The dollar notched up its longest winning streak in almost five years after Yellen said on Tuesday the Fed would probably need to raise rates at an upcoming meeting and that delaying could leave the central bank's policymaking committee behind the curve.

Propelled by record highs on Wall Street, MSCI's benchmark global equity index rose 0.25 percent to 442.4 points, its highest since May 2015 and two points off

its record high. It has not fallen for six sessions, its longest such run since last July.

"The simple act of leaving a March (U.S.) hike on the table, given that it had been all but written off by investors, is what triggered such a reaction," said Craig Erlam, senior market analyst at Oanda.

Europe's index of leading 300 stocks rose nearly 1 percent earlier to its highest since December 2015, but by mid-session had settled back to trade up 0.4 percent on the day at 1,465 points. Germany's DAX was up 0.2 percent and Britain's FTSE was up 0.5 percent, boosted by sterling's slide after soft UK wage growth data. Yellen's remarks helped push Wall Street by boosting U.S. bank stocks. Goldman Sachs shares hit a record high, and are up 37 percent since the U.S. presidential election on Nov. 8.

Financials also led the way in Europe, with Credit Agricole up more than 3 percent after France's biggest retail bank beat forecasts with a smaller than expected earnings drop in the fourth quarter. Six of the top 10 gainers in Europe were banks. MSCI's broadest index of Asia-Pacific shares outside Japan rose 0.7 percent, rising to its highest since July 2015. Japan's Nikkei added more than 1 percent, buoyed by a weaker yen. U.S. futures pointed to a flat open on Wall Street.

The dollar index against a basket of major currencies chalked up its longest winning streak since May 2015. It was up 0.2 percent at 101.220, near a four-week high of 101.380 scaled overnight. Yellen's remarks rekindled expectations in some quarters for the Fed to raise rates three times in 2017 rather than twice. The futures market did not share this view amid doubts about the U.S. economy's ability to sustain three hikes. Yellen testifies to Congress again yesterday, this time to the House of Representatives. According to CME Group's FedWatch data, U.S. interest rate futures implied an around 30 percent chance of at least three increases this year, little changed from the previous day - though the chance rose above 40 percent immediately after Yellen's comments. "That kind of rate re-think is dollar-friendly, but too timid to derail the risk rally that starts in U.S. equities and spreads into emerging market currencies," said Kit Juckes, head of FX strategy at Societe Generale in London.

Sterling was the big mover in FX, sliding 0.5 percent to $1.2410 after figures showed that UK wage growth slowed unexpectedly at the end of last year, thereby cooling inflationary pressures and the need for tighter monetary policy.The dollar was supported as U.S. Treasury yields rose on the Fed Chair's comments, with the benchmark 10-year yield climbing four basis points to an 11-day high of 2.50 percent the previous day. They were last at 2.48 percent. The stronger dollar, which puts non-U.S. buyers of dollar-denominated commodities at a disadvantage, weighed on crude oil prices.