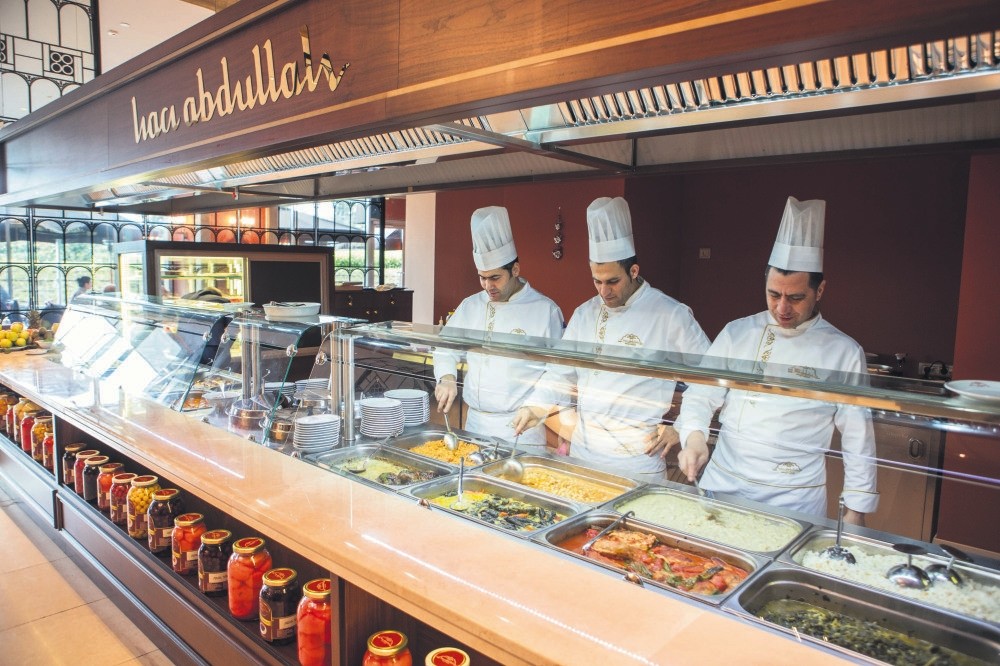 Despite 2016 being a hectic year, which also affected the Turkish commercial real estate sector, the food and cosmetics sectors overcame the troubles of the previous year with minimal damage. Among the most-frequented shopping boulevards, Nişantaşı comes to the fore while Istanbul preserves its charm as a top choice for retail shoppers

The report puts forwards that the coup attempt on July 15, the terrorist attacks and the increase in the dollar as the main factors that negatively affected the Turkish economy and the real estate sector in 2016.

Foreign direct investment in Turkey fell by 42 percent in 2016 compared to the previous year. According to JLL Turkey, transparency is the most effective way to attract foreign direct investment. Ten countries, including the United Kingdom, Australia, Canada, the United States, France, New Zealand, the Netherlands, Ireland, Germany and Finland, are rated by JLL's "Global Real Estate Transparency Index" in the category of "highly transparent" countries.

The total investment these countries attracted in commercial real estate constitutes 75 percent of the total global direct investment in commercial real estate. According to the 2016 Global Real Estate Transparency Index, two-thirds of the markets have made progress worldwide in the last two years. However, Turkey, one of the countries with the highest growth rates in 2010 and 2012 surveys, could not sustain this momentum and has declined on the global ranking since 2014. Turkey ranked 44th in 2016.

The number of retail visitors remains the same

There are important assessments in JLL's study about the retail sector, which is positioned as the carrier of the real estate sector. According to the report, the number of visitors of organized retail in 2016 remained at the same level compared to the previous year. Regarding the sectoral context, brands in the food and beverage and cosmetics sectors came to the forefront as the retailers least affected by the crisis. Children's markets and sportswear brands also performed well throughout the year. It has been observed that while the areas assigned to the food and beverage sector are increasing every year in the global retail outlook, the gastronomy areas in shopping centers that have recently opened in the Turkish organized retail market have reached 30 percent.

According to JLL's study, regarding the investors, "savings" will be at the top of the agenda in 2017. Investors, who accept short-term incentives such as currency stabilization and rent reduction provided to retailers, are expected to have a savings tendency due to increased labor and operational costs as well as declining revenues.

Nişantaşı is the least affected street

JLL's 2016 year-end report also included a section on street retailing. According to the study, the region that was least affected by the political and macroeconomic developments was identified as Nişantaşı.

Nişantaşı, which maintains a balanced brand mix, in which Teşvikiye addresses to the top segment and Rumeli Street responds to the middle income group, attracts significant foot traffic with the contributions of City's Shopping Center.

In the meantime, even though the shopping streets that seem to be the least affected are located in Nişantaşı, the streets were also affected by the agenda. While shopping streets in Nişantaşı were not able to respond to high customer demand in the supply context in 2015, they hosted empty stores in response to the falling demand in 2016.According to the results of the report's section on the Turkish office market, the Class A office stock in Istanbul increased by 325,000-square-meters as of the end of 2016 compared to the end of 2015. In Istanbul, the stars of 2016 were identified as Maslak and Kağıthane on the European side and Ataşehir on the Anatolian side. According to JLL Turkey, the increase in the number of transactions in the first half of 2017 may be in question due to the demand for offices that are suppressed and stuck by the political and economic atmosphere from 2016 and the higher rent levels in the older buildings than the newer ones.

The report's section on hotel's market pointed out that Istanbul, which spent 2016 with terrorist attacks, has surprisingly preserved its charm. Istanbul maintains its position as one of the world's major destinations according to the 2016 MasterCard Global Destination Cities Index. Istanbul is still the 8th most visited destination in the world and continues to be the third fastest growing city in Europe after Hamburg and Berlin from 2009 to 2016. Additionally, there has been a steady increase in airport arrivals over the last 10 years. In 2016, the number of passengers coming to Istanbul by using Ataturk Airport and Sabiha Gökçen Airport increased by 0.3 percent compared to 2015, exceeding 89 million.

"We trust Turkey's future. We are experiencing a 'Wait-See' period especially in commercial real estate. If we protect our country and our business, commercial areas will continue to develop. Health and shopping tourism opportunities will increase the variety and demand of the market," JLL Turkey Country Chairman Avi Alkaş noted in the report, adding that even though the increase in the dollar negatively affects the markets, the retail sector finds its internal balances. "We cannot say that 2017 will be an easy year, but we will move forward once again with the revival of tourism in the second half of the year."