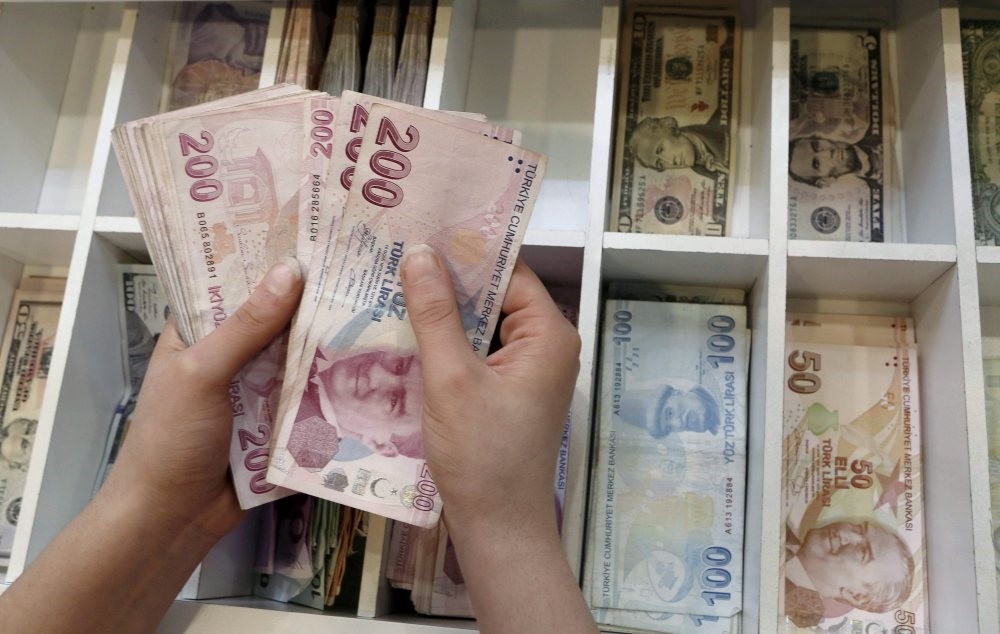 The Turkish lira which spiked against the U.S. dollar for the third time in a row since March 2016, increased by 3.83 percent, earning the currency a positive divergence from other emerging market currencies

The Turkish lira, which appreciated for three weeks in a row against the U.S. dollar after almost 11 months, put up the best performance among emerging market currencies with a 3.83 percent gain since the beginning of February to yesterday's close.

Even though the U.S. dollar/TL parity started the year at 3.52, it rose to 3.94 on Jan. 11, in parallel with the rising dollar demand in global markets. It has, however, maintained a downward trend with the interventions of the Central Bank of the Republic of Turkey (CBRT) and depreciated three weeks in a row for the first time since March 14, 2016.

The parity, which also maintained its downward trend this week, fell to 3.6132, the lowest in one-and-a-half months, on the first trading day of the week.

On Jan. 30, with a level of 3.80, the U.S. dollar/TL parity approached the levels predicted by the Netherlands-based Rabobank, which, in an earlier report, had forecasted the parity would fall to 3.59.

This month, the Turkish lira outperformed the other emerging market currencies, as it appreciated the most against dollar, rising 3.83 percent from the beginning of February to yesterday's close.

In that same period, the Russian ruble appreciated by 3.44 percent. It was followed by Brazilian real at 3.16 percent, South African rand at 2.73, Mexican peso at 1.75 percent and the Indian rupee at 0.8 percent.

Piotr Matys, an emerging-market currency strategist at the Rabobank, told the Anadolu Agency (AA) that Turkish lira was the currency that performed the best this month among emerging currencies.

Noting that the Turkish lira benefitted from the new capital flow in the global markets, Piotr Matys said it was the best performing currency among Central and Eastern Europe and the Middle East and African currencies this month. Recalling that the lira experienced record lows this year, Matys said, "It was a matter of time before opportunistic foreign investors decided to make capital entry into Turkey."

He pointed out that the CBRT has stabilized Turkish lira with its tightening monetary policy, which has also increased the demand for stocks, suggesting that if the government focuses on the economy after the referendum, the sensitivity to Turkish assets may improve among foreign investors, resulting in a year-end forecast of 3.40 for the dollar/TL parity.

The CBRT, which did not hold the one-week maturity repo auction on Jan. 12 and moved to implement a tighter liquidity policy, has continued its stance for the last 29 working days. Mainly by directing policy-making banks to the "Late Liquidity Window (LLW)" during that period, the central bank has increased the funding costs by about 200 basis points.

It also reduced the borrowing limits for banks in the Interbank Money Market, operating under the CBRT, from TL 22 billion to TL 11 billion on Jan. 13 and started the foreign exchange deposit market against Turkish lira deposits on Jan. 18.

The CBRT continued its auctions for foreign exchange deposits against Turkish lira deposits, which are evaluated as swaps in the markets. It prevented the speculative foreign currency demand with these moves. It has continued its one-week maturity auctions for foreign exchange deposit against Turkish lira deposits, which started with $300 million, with $1 billion since Jan. 27.

While the aim was to bring back the Turkish lira that went abroad as a result of the swap agreements made through London, to the central bank, the exchange rate liquidity was also increased without making foreign exchange sales.

Moreover, enabling the repayment of rediscount credits for export and foreign exchange earning services that were made available before Jan. 1, 2017, and was due on May 31, 2017, with the Turkish lira on the condition of paying on the date of maturity, the CBRT stated that the buying rate (USD/TL 3.5338) announced on Jan. 2 will be taken as the basis.

USD/TL to move in balance for some time

Cüneyt Paksoy, a strategy expert at SAXO Capital, said that the dollar/TL parity soared to 3.94 with a rapid move, during the period between the U.S. presidential elections and Turkey's rating downgrade by the international credit rating agency Fitch Ratings, and noted that the CBRT has made significant corrections with its moves and rational steps.

Paksoy said they were satisfied with the correction process experienced in the said parity, which had previously showed a clear negative divergence and reached excessive trading levels both in basic and technical terms in the short term.

He added that the potential accumulation in the Turkish lira in the negative dissociation process enabled this gap to close quickly, and that the dollar/TL parity will be able to move in balance for some time, compared to the other developing country currencies.

He said the fact that the government is determined to continue structural reforms coupled with the CBRT's decisive tightening measures and almost implicit interest rate movement are all important for the Turkish lira. He also stressed on the fact that the Turkey Sovereign Wealth Fund (SWF) will provide significant gains in the medium term as far as financial stability is concerned.

Paksoy said the fact that the dollar index stopped rising with the influence of U.S. President Donald Trump, despite the Federal Reserve (Fed) and was in search of balance in a certain band interval, supported the developing country's currencies. "The main direction may continue to be on the rising side for a certain period in the medium and long term, depending on the Fed, the EU, China, geopolitical risks and domestic dynamics," he said.

Paksoy said that if the CBRT remained active behind the wheel and continued to pursue a tight monetary policy, there may be seasonal increases in the currencies, but the wavelength may continue to decline for a while. Underlining that the compound interest rate of the benchmark bond in the country, maintaining a band of 11-11.50 percent comes to the fore as a noteworthy measure, Paksoy noted that maintaining permanence below 11 percent would support the decrease in dollar/TL parity.

Noting that the possibility of breaking the support of 3.58-3.60 is important for speeding up the technical correction, and if this happens, a movement toward the broad band range below 3.40-3.55 may become possible, Paksoy said, "If the parity exceeds 3.65-3.67 in occasional increases, the range of 3.70-3.75 will stand out as a significant resistance threshold."
RELATED TOPICS