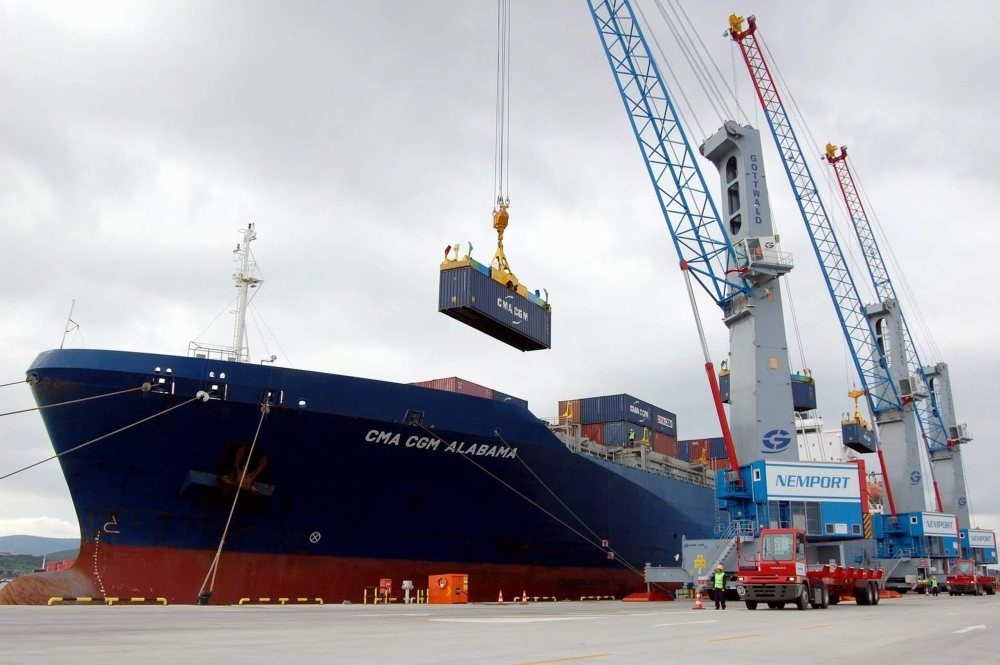 Turkish exports increased by 5.1 percent in February, recording a hike in a four consecutive month period.
by Daily Sabah with AA Mar 03, 2017 12:00 am

Increased government incentives and the eased facilitation of bureaucratic processes including time-allotted, multi-entry visas for exporters have allowed Turkey's export volume to soar in a consecutive four-month period for the first time since 2014

Speaking to Anadolu Agency (AA) about the recent developments, Büyükekşi noted that Turkey has seen a good start to the new year in terms of exports, noting the significant boost in the country's export volume from January to February this year. Recalling that in late 2016 the assembly had predicted that 2017 would be a "leap year" in terms of exports, the chairman said TİM aims to close the year with a foreign purchase of $155 billion and has proceeded to take firm steps in that direction, noting: "This is the first time Turkey has seen a consecutive increase over a four-month period since 2014. The last four months have shown a continuous increase in export volume, which is a welcomed development for us [TİM]."

Pointing out that there are multiple contributing factors that account for the increase in Turkey's export volume, Büyükekşi asserted that "We [Turkey] had a problem with Russia that was resolved at the end of the year [2016] as well as difficulties with Iraq, which were smoothed over when Prime Minister Binali Yıldırım paid a visit to the country. We expect that there will be positive developments with Iran, as well. Ultimately, we are looking forward to recoveries this year in Syria as well." Büyükekşi said even though the rising prices of the resource go against Turkey's current account deficit, oil-exporting countries have made an economic recovery in terms of exports to Turkey, reflecting the stability of Turkey's foreign trade market.

Continuing on with his remarks Büyükekşi asserted that government incentives announced for 2017 have contributed largely to the increase in exports, citing the "green passport" as well as increased budgetary support for exports which rose from TL 1 billion in 2016 to TL 3 billion in 2017, presenting advantages for new investment incentives.

Citing the "price-matching" incentive, one of these government incentives, Büyükekşi explained that the government will meet the costs of new employee recruitment in 2017 thanks to the employment mobilization push initiated by President Recep Tayyip Erdoğan, calling this a positive development for the Turkish economy and trade. Büyükekşi declared, "Hopefully, we will make the best of these incentives and announce an increase each month in export volume in 2017."

He also recalled that Turkey's culture and tourism minister visited Israel two weeks ago, followed by a meeting with the consul general of Israel last week, which focused on visas as obstacles to the increase in trade.

"The Israeli consul general promised that Israel will give Turkish exporters a three-year, multi-entry visa, especially for businesspeople. I will go to Israel May 15 to 17 accompanied by a large delegation of businesspeople. Relations have become more positive, so one of the countries with the highest increase in exports is Israel."

Turkish exports increased by 5.1 percent in February reaching $11.3 billion, according to a year-end and monthly export data report TİM released Wednesday.. Over the last 12 months, exports increased by 2.6 percent compared to the previous year, amounting to $143.2 billion.

Previously in an evaluative presentation presented by Büyükekşi regarding Turkish export data and 2017 goals, the chairman announced that TİM aims to supersede the objectives set forth in the medium-term plan at $153.3 billion, suggesting that the country's exports are forecast to rise to $155 billion by the end of the year.
RELATED TOPICS