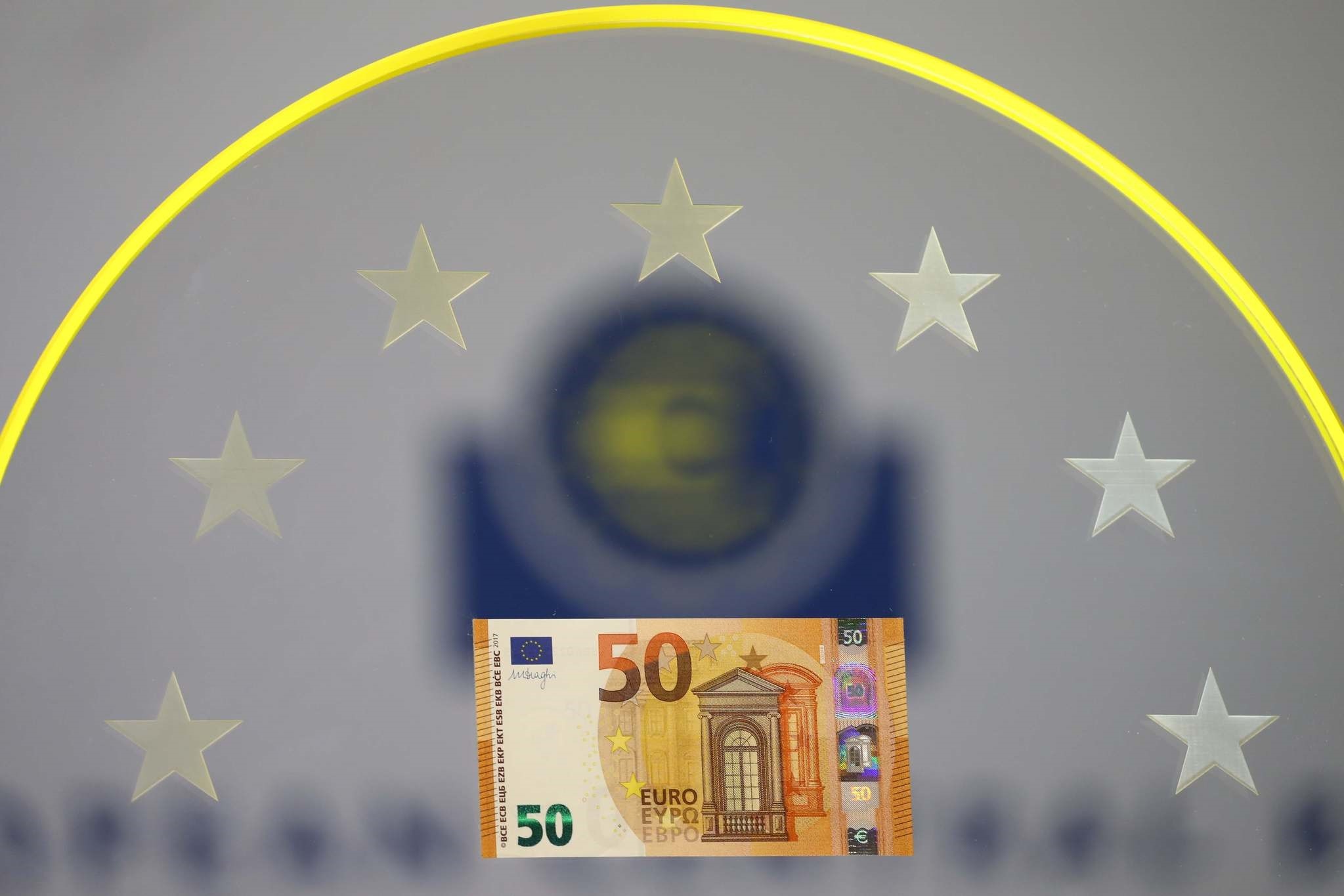 More than half of all counterfeit euro banknotes last year were 50-euro bills, Germany's Bundesbank said.

The 50 bill is also the most used note in circulation in the 19-member eurozone.

He said that a survey carried out the ECB's behalf found that more than three-quarters of all payments at points-of-sale in the eurozone were in cash.

Among the new 50-note's security measures that are aimed at making life more difficult for forgers, the authorities have included a transparent window featuring a portrait with a watermark of "Europa" a Greek goddess on a metallic strip.

The authorities improved the security on the 10-euro note in 2014. The 100- and 200-euro notes are also expected to undergo a revamp.

Another safety feature of the new 50-euro note is that the printed numeral is emerald green in colour but changes to deep blue depending the light and viewing angle.