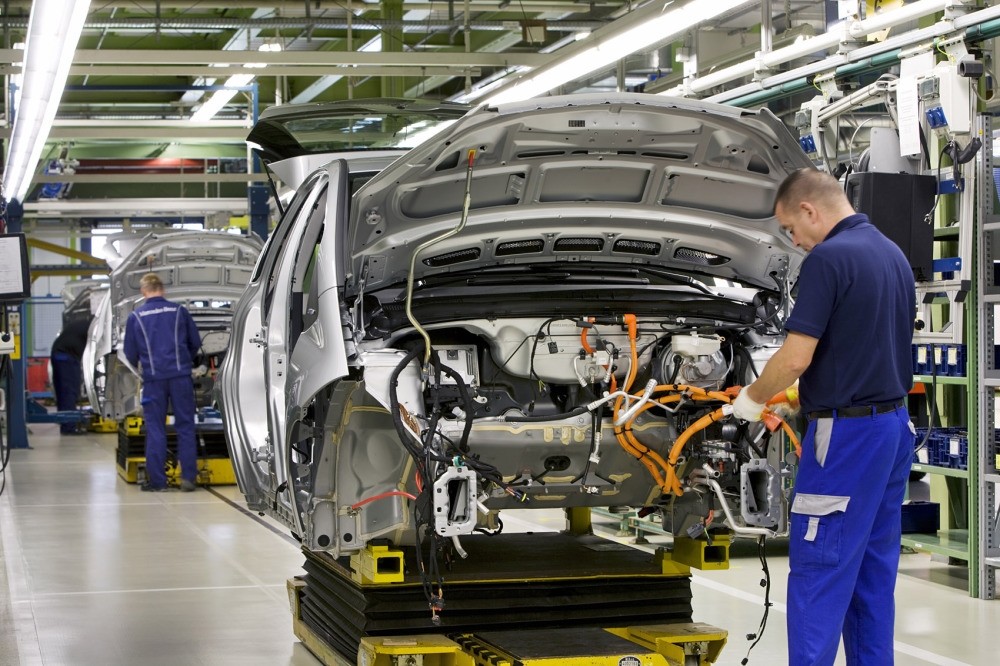 According to recent data, the Turkish economy has performed well in the last quarter, surpassing forecasts with a 3.5 growth in Q4.
by Ali Ünal Apr 07, 2017 12:00 am

Despite all the presumptions and scenarios, the Turkish economy has surpassed all expectations and has delivered a surprisingly good performance after the failed coup attempt last year, securing a 3.5 percent growth in the last quarter of 2016, British expert believes

Underlining that the Turkish market would rally if the upcoming April 16 referendum results in "yes," Ash also asserted that Turkey may return to its golden age between 2003 and 2013 if the Justice and Development Party (AK Party) focuses on business-minded policies and reduces political tension after the referendum. 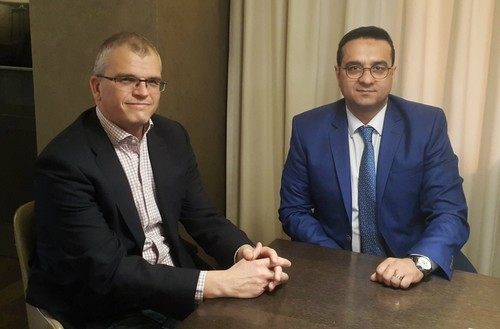 Speaking to Daily Sabah during his visit to Ankara, the economist said the Turkish economy has performed "remarkably" after last year's July 15 failed coup attempt and there are robust reasons to believe in the future of the Turkish economy. "Fiscal discipline has been solid and there has been durability. A 2.9 percent growth figure in 2016 was remarkably strong. Turkey's strength is in public finance. The Turkish Treasury and Finance Ministry have been doing a good job in the last 15 years. Turkey has very credible institutions. Fiscal policy has been pretty orthodox; there is a low deficit and favorable debt ratios. Public debt to GDP is around 28 percent, which is very low by emerging market standards, there is a well-regulated, well-managed banking sector and the demographics can be considered a plus factor in the Turkish Economy," Ash said.

According to Ash, the recent uncertainty about security and political tensions are the main challenges for the Turkish economy. He added that both foreign and domestic investment have stalled because investors are waiting for the outcome of the referendum.

Prominent economist Ash believes that Turkish markets will rally if the upcoming April 16 referendum results in "yes." "I think the assumption is a 'yes' vote would mean less political uncertainty. If it is a 'yes' vote, the assumption is [President Recep Tayyip] Erdoğan and the AK Party administration would go back to some kind of normality. Markets don't like uncertainty, they don't typically like election campaigns without certain outcomes. It's important to see normalization after the referendum. I do hope to see normalization and reduced tension in domestic politics and normalization with the European Union," Ash said. "Most foreign investors are sitting on the sidelines waiting [for the referendum results]. In addition, the global environment is very favorable at the moment, the European recovery is continuing, foreign investors are looking for opportunities and want to buy assets. If the outcome suggests less political stability and more security, I think they would put money in Turkey, so the Turkish market probably will rally after the referendum," he added. However, Ash underlined that the positive atmosphere may not continue if the AK Party decides to call for early elections after the referendum.

If the referendum results in a "no," Ash says that the market reaction would be negative. "If [President] Erdoğan's response to a 'no' outcome is early elections, investors won't like this decision," he said.

"International investors do not like more elections, and business markets like certainty. Elections are disturbing because the politicians tend to campaign very aggressively using populism. I think Turkey has big strengths and big positives in terms of economy. I do not think its problems are so deep that they cannot be solved," Ash added.

Ash also emphasized that post-coup dismissals aimed at cleansing Turkish state institutions from infiltrated FETÖ members has not affected the strength and credibility of the financial institutions. "I do interact with the Central Bank, the Treasury and the Finance Ministry and these institutions look pretty OK. Turkish institutions have maintained their strength," he said. Regarding the credibility of the Central Bank of the Republic of Turkey (CBRT), he said that it is still credible. "I'm not a fan of the CBRT monetary policy and the CBRT missed its inflation target over the last decade, but institutionally I think the CBRT is still a pretty credible institution," he said.

Describing the ruling AK Party as "a party for business," Ash said that "Turkey may return to its golden age between 2003 and 2013 if the AK Party focuses on business-minded policies after the referendum. "The AK Party has been a party for business. I think Turkey was certainly going in a particular direction between 2003 and 2013. The AK Party needs a precise business agenda. Business needs stable politics and security and I hope Turkey will refocus on that after the referendum," he concluded.
RELATED TOPICS