Stocks plunge, oil rallies after US missile strike on Syria 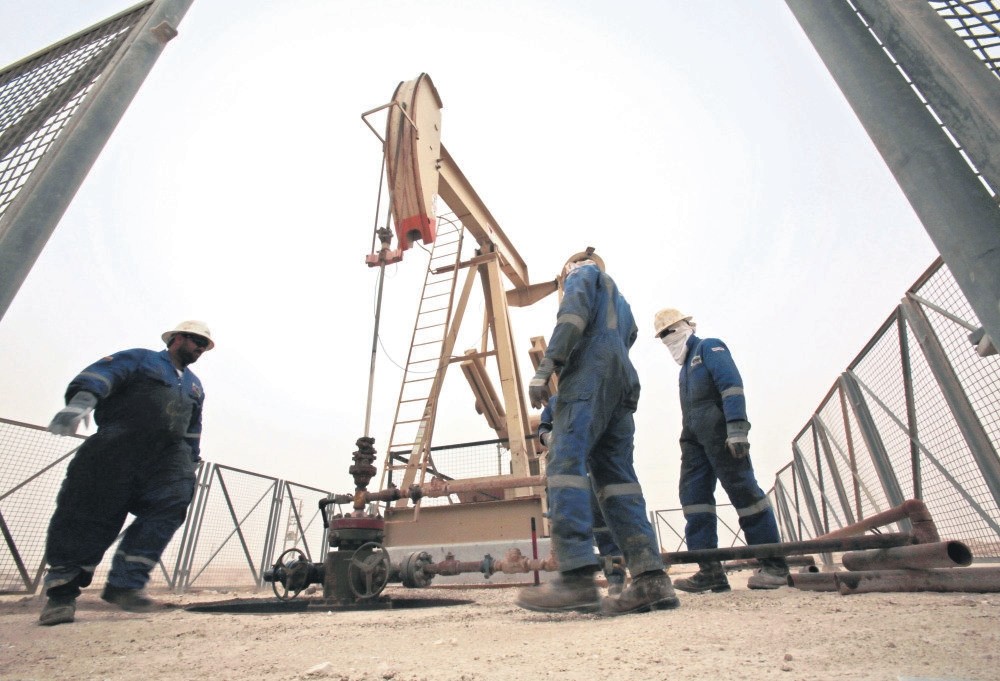 Oil prices reached one-month highs as the attacks led to concerns about supplies in the Middle East.
by Apr 08, 2017 12:00 am

Oil prices held near one-month highs on Friday after the United States attacked a Syrian air base but stocks and the dollar recovered early falls when a U.S. official played down the risks of an escalation.

The U.S. dollar recouped all of its losses against a basket of major currencies and was last trading little changed. S&P 500 futures were flat.

European stocks fell 0.2 percent weighed down by weakness in mining stocks as investors locked in some profits following the sector's stellar run this year.

The United States fired dozens of cruise missiles at a Syrian air base from which it said a chemical weapons attack was launched this week, an escalation of the U.S. military role in Syria that swiftly drew sharp criticism from Russia.

"The U.S. missile strike on a Syrian air base overnight caused a knee-jerk shift into safe havens, although the impact was moderate as it is being interpreted as a one-off proportionate response," said Ian Williams, a strategist at Peel Hunt in London.

Oil prices hovered near one-month highs though prices pared some gains as there seemed no immediate threat to supplies. Brent crude futures which surged more than 2 percent after the U.S. attack were last up 1.5 percent at $55.72 a barrel. U.S. West Texas Intermediate (WTI) crude futures were up 1.6 percent.

The strength in crude oil lifted shares on major oil and gas producers in European with BP, Royal Dutch Shell and Total all up about 0.5 percent. Focus was also shifting to U.S. payrolls later in the day for further cues on the strength of the economy. Job growth likely slowed in March after unseasonably mild weather boosted hiring over the prior two months.

Non-farm payrolls probably increased by 180,000 jobs last month, according to a Reuters survey of economists.

Elsewhere, euro zone finance ministers are due to meet with a discussion on Greece's progress in implementing reforms needed to unlock aid as part of the agenda. While risky-assets were off their lows on the day, demand for safe-haven assets such as gold remained intact.

Investors had already been on edge with talks poised to begin between Donald Trump and Chinese leader Xi Jinping over flashpoints such as North Korea and China's huge trade surplus with the United States. Investment flows underscored the broadly "risk-off" tone in markets in recent sessions.

The latest data from Bank of America Merrill Lynch and fund tracking firm EPFR showed investors pumped $12.4 billion into bond funds over the past week while pulling $7.4 billion from the equities, the largest outflow in 40 weeks. Spot gold was up a percent while high-rated euro zone government bonds edged lower.