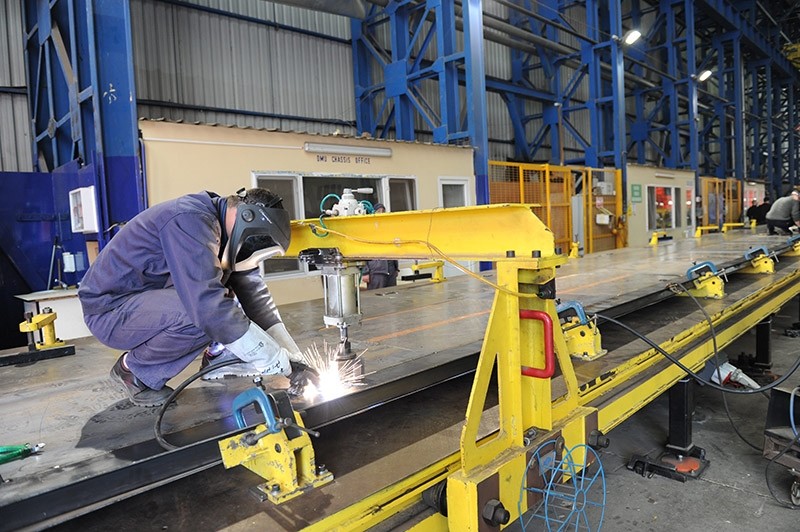 Among three main sub-indexes, the mining and quarrying index slipped by 13.6 percent while the electricity, gas, steam and air conditioning supply index and the manufacturing index advanced by 9.4 percent and 0.7 percent year-on-year respectively.

The term "calendar adjusted" is used to refer to data without calendar and holiday-originated effects.

However, the production level was slightly less compared with the same figure for January 2017.

"Industrial production decreased by 0.4 percent compared with the previous month," TurkStat said in a statement.

On a monthly basis, the mining and quarrying index rose by five percent while the manufacturing index decreased 0.9 percent in February. The electricity, gas, steam and air conditioning supply index saw an increase of 0.6 percent in the same period.

"When the seasonally and calendar-adjusted main industrial groupings (MIGs) were examined, the largest decrease was in capital goods by 4.6 percent in February 2017, compared with the previous month," TurkStat added.

Producers of durable consumer goods saw the largest increase -- 5.1 percent month-on-month -- in February among the MIGs.

According to a survey conducted by Anadolu Agency's Finance Desk on April 6, the median estimate for annual industrial production in 2017 stands at two percent.