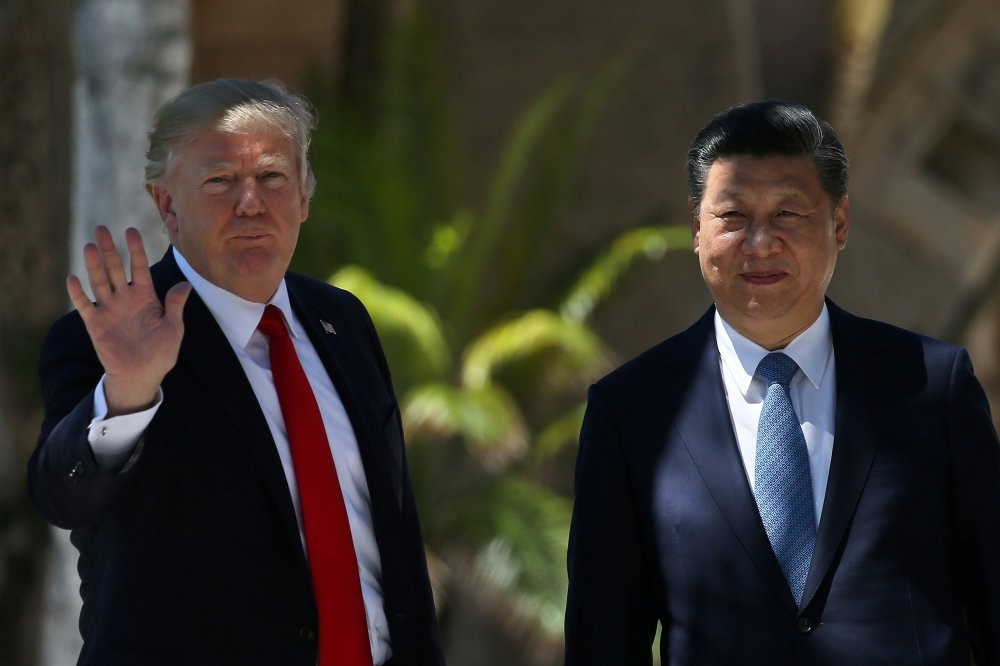 After U.S. President Trump's remarks on a better trade deal with China in return for Chinese collaboration in North Korea following his meeting with Chinese President Xi, the U.S. business community is worried about being used as a bargaining chip for political purposes

Days after Trump's meeting with President Xi Jinping, Trump tweeted that Beijing would get a better trade deal with Washington if it helped resolve the U.S. problem with Pyongyang.

The U.S. business community should not be used as a "bargaining chip", said James Zimmerman, a Beijing-based lawyer and the former chairman of the American Chamber of Commerce in China.

The White House has said U.S and Chinese officials are still at the early stages of "fleshing out" a pledge by Trump and Xi to develop the 100-day plan to reduce the U.S. trade deficit with China, which last year reached $347 billion.

It was among the limited set of public outcomes from their first meeting in Florida.

While Trump has promised to aggressively address trade imbalances and open the Chinese market to more American goods and services, William Zarit, the Chamber's current chairman, said the talks need to address the "structural impediments" U.S. companies face in China.

"We'd rather be talking than having a trade war. But remember we've been talking for 20 years and haven't gotten very far," Zarit said.

The White House has said that issues including opening up China's financial services sector and getting U.S. beef exports into China were up for talks. "We are pleased to hear the issue has been elevated to the highest levels of both governments and that there is commitment to resolve the U.S. beef access issue in an expedited fashion," CEO of the U.S. Meat Export Federation Philip Seng said. Others remain skeptical.

"Beef should have been done 10 years ago. The fact that that has been going on for so long is emblematic of the imbalance in the way we negotiate and deal with each other," said James McGregor, Chairman of APCO Worldwide in Greater China.

China has purchased hardly any American beef since it conditionally lifted an import ban last year that was imposed in 2003 due to a case of mad cow disease in Washington state.

Despite initial media reports suggesting Xi may have offered access for U.S. beef as a concession to stave off rising trade tensions, China's Premier Li Keqiang this week appeared to link progress on the issue to U.S. restrictions on imports of some Chinese poultry products for food safety reasons.

"China is willing to import market-competitive U.S. beef that meets quality and health standards," Li told a U.S. Congressional delegation in Beijing on Monday, according to the state-run Beijing News. "Chinese chicken is also very competitive in the international market. We hope the United States can quickly lift the ban on Chinese chicken imports. Only in this way can we better embody fair trade," Li said.

While individual companies are hesitant to criticize China for fear of backlash, critics from U.S. business groups accuse Beijing of unfairly subsidizing domestic firms and restricting foreign investment into much of the world's second-biggest economy. A 50-percent ownership cap for foreign life insurers, for example, despite China's 2001 World Trade Organization commitments to lift it, has helped limit their market share to about 6 percent.

Beijing has repeatedly promised to open up financial services more widely to foreign firms, but has given few details on implementation.

Jacob Parker, vice president of China operations at the U.S.-China Business Council, said concerns persist that China would make commitments but not follow through or take only incremental steps. While the government could remove some industries from a list of sectors restricted for foreign investment, businesses could still face red tape and licensing hurdles or be restricted to regional pilot zones.

Xi proposed further cooperation on infrastructure development in meetings with Trump, but Chinese state-owned companies working on major U.S. public works is a politically fraught issue in the United States, where Trump campaigned on creating jobs. High-tech industries where China hopes to funnel investment, such as semiconductors, virtual reality and autonomous vehicles, are considered sensitive. Such partnerships would likely also have to clear national security hurdles. Sceptics also wonder if Chinese cooperation in redressing the trade imbalance will be limited to areas that serve Chinese needs, such as increasing imports of U.S. gas, oil and coking coal.