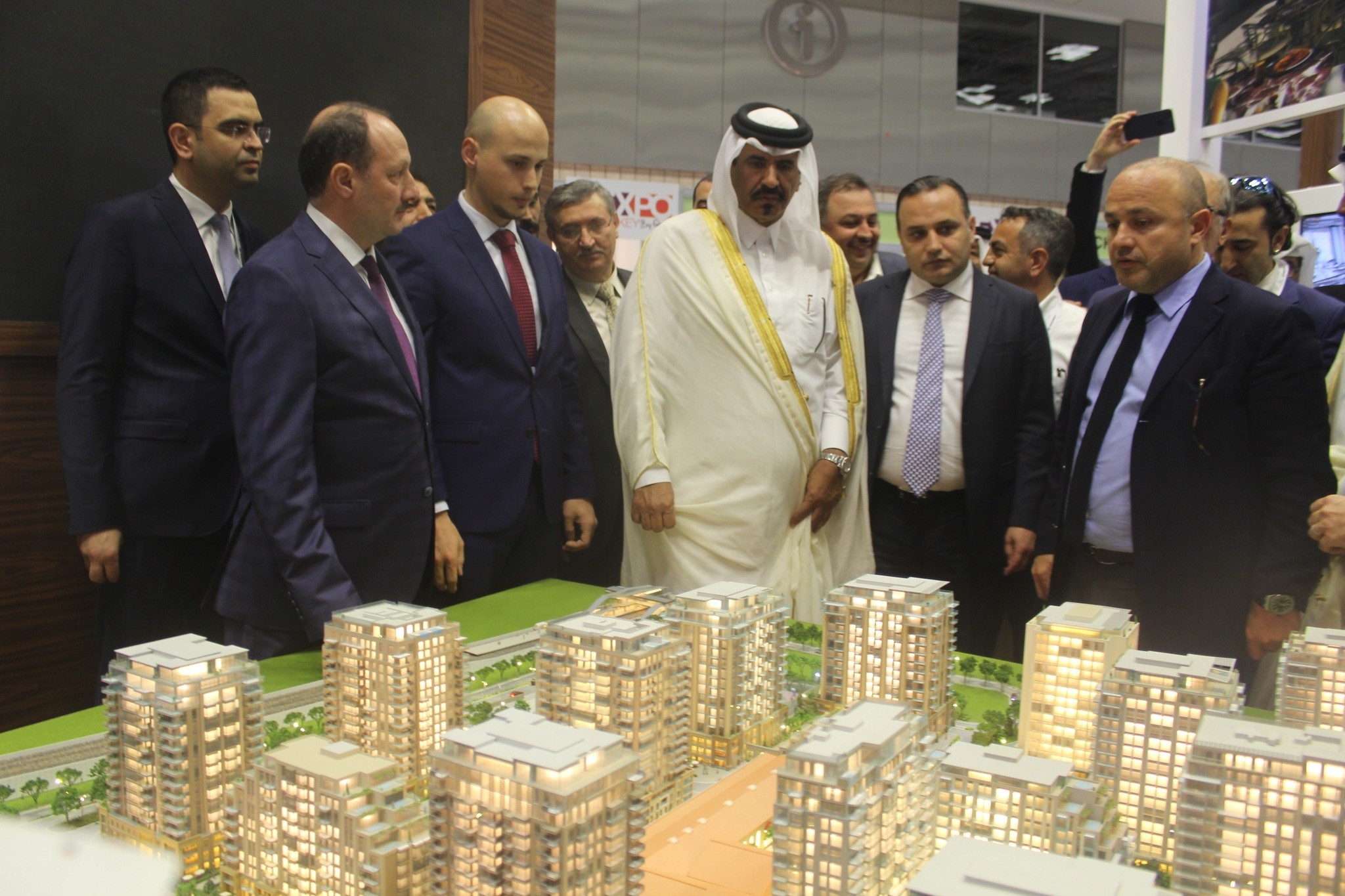 Expo Turkey by Qatar hosts the prominent names of the Turkish business world in real estate, furniture, healthcare and other sectors as well as Qatari investors.
by Daily Sabah Apr 20, 2017 12:00 am

Following Sunday's referendum, which conveyed a message of stability and confidence, the Turkish business world demonstrated its resolution to revive the economy at Expo Turkey by Qatar, where Turkish and Qatari businesses in real estate, furniture, healthcare and manufacture met

The strategic partnership between Turkey and Qatar is on the world stage at Expo Turkey by Qatar. Following the message of confidence and stability emerging from the constitutional referendum in Turkey, Turkish businessmen showed strength at the Expo Turkey by Qatar fair in the Qatari capital of Doha. Strong relations between Turkey and Qatar were reflected in the fair, as 154 companies in a wide variety of sectors, such as real estate, furniture, building materials, industry and information, introduced products in a 30,000-square-meter area. Gulf investors took great interest in the booths of Turkish companies.

Speaking at the opening of the fair, Qatar Chamber of Commerce Vice Chairman Muhammed Bin Ahmed Bin Towar Al Kuwari said: "The Qatari market needs Turkey. The fair provides the development of strong relations that the leaders of the two countries desire. We are paving the way for big Turkish companies to invest in Qatar."

Underlining that Turkish investments in Qatar will increase and diversify in the coming period, Al Kuwari said Qatari investments would increase in Turkey with political stability as well.

Turkish Ambassador to Doha Fikret Özer said the value of 126 construction projects undertaken by Turkish construction companies in Qatar since 2002 exceeds $17 billion and "Turkey continues to be an important tourism destination for Qatari people."

The largest trade event between Turkey and Qatar

Hakan Kurt, the chairman of Medyacity, which organized the fair, pointed to strong political and diplomatic relations between Turkey and Qatar and said: "Qatar is a country that has declared to the world that it is on Turkey's side. I think both Turkish and Qatari leaders are duly fulfilling their political task. The rest is the task of the business world." He indicated that the Turkish business world should create a sustainable, effective business model rather than short-term agreements in Qatar.

Stressing that Expo Turkey by Qatar is the largest trade event between Turkey and Qatar, Kurt said the fair has three objectives: To diversify and increase direct investments between Turkey and Qatar, increase the volume of foreign trade between the two countries and increase the share of Turkish firms in the $170 billion of infrastructure and superstructure projects in Qatar, which is preparing to host the 2022 FIFA World Cup.

One of the most interesting stands at the fair was the Kuzu Group stand. Qatari Chamber of Commerce President Mohammad Bin Towar Alkowari and Qatari retail giant Abu Issa Holding's founder and CEO Ashraf were very interested in the SeaPearl project in Istanbul. Noting that he quite liked the project, Alkowari stated that he would see the project as soon as possible. Qatari retail giant Ashraf indicated that he previously visited SeaPearl on site and discussed it with Qatari investors.

Board member Özen Kuzu noted that Turkey has successfully managed an important referendum process. "Uncertainty has come to an end for the foreign investor waiting for the results to make investments in our country," Kuzu said. Stressing that granting Turkish citizenship to foreigners that purchase immovable properties worth $1 million and the VAT exemption are great opportunities for investors, Kuzu said they've sold 10 apartments to Gulf investors with these advantages. Stating that Qatar is Turkey's fellow country, Kuzu said commercial relations between the two countries would be reflected in the real estate sector.

Artaş İnşaat Chairman Süleyman Çetinsaya said that people in Qatar participated in the fair to get to know projects in Istanbul. "Commercial relations between the two countries are well-developed with the contribution of Mr. President. We want to sell houses to investors by taking advantage of these good commercial relations between Qatar and Turkey," Çetinsaya said.