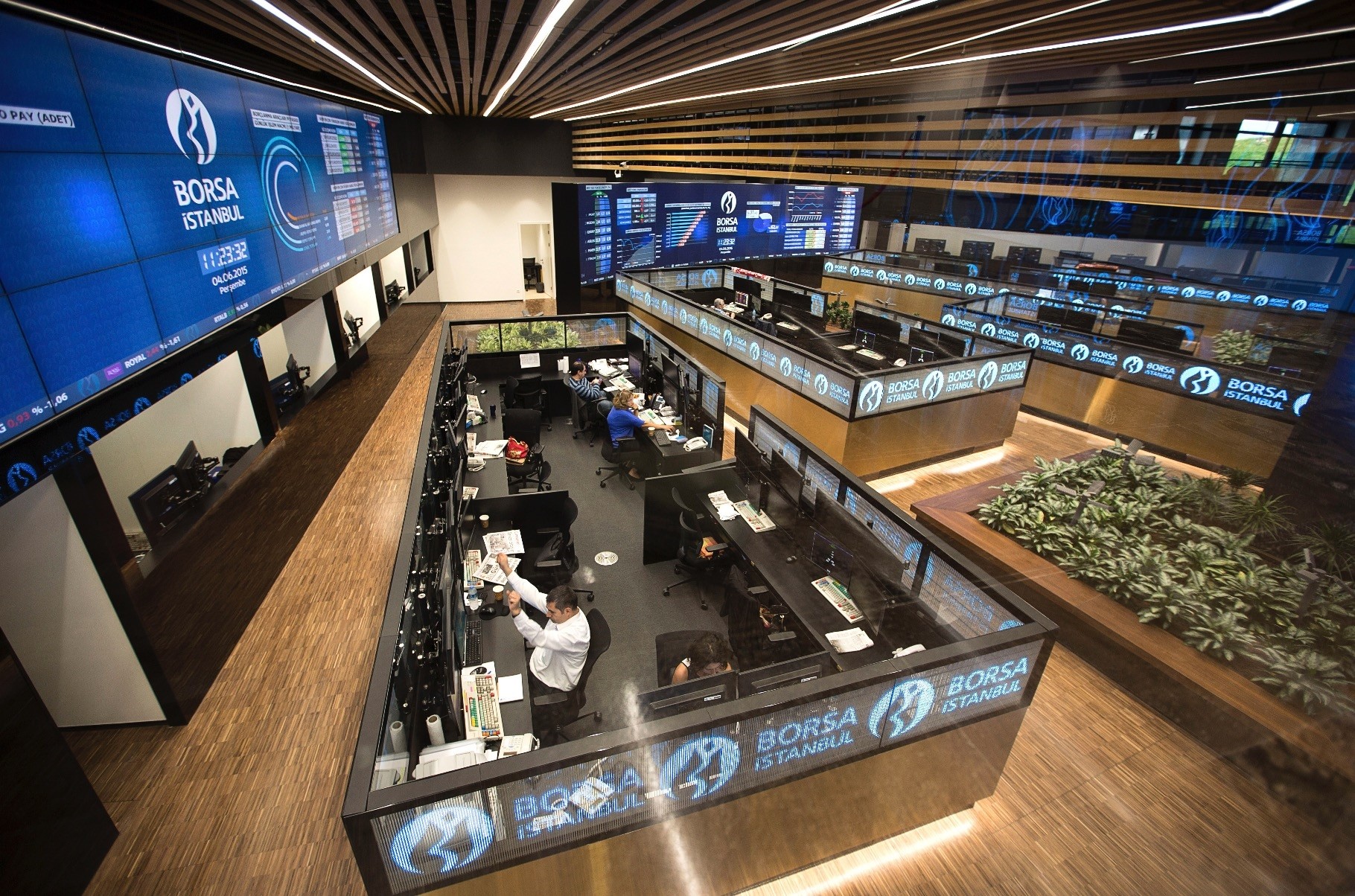 After the April 16 referendum, which resulted in a ‘yes' vote for constitutional reform, the rally in Borsa Istanbul continued due to the appetite of foreign investors, creating record-level market value for companies whose shares are traded on the stock exchange

With the increase of foreign investors' interest in the Borsa Istanbul stock exchange, the BIST 100 index closed at 92,423.93 points, the highest closing figure since May 22, 2013, while the total market value of the companies reached an all-time high of TL 718 billion ($197.2 billion).

The company with the highest market value on the stock exchange was Koç Holding at TL 41.1 billion ($11.37 billion) followed by Garanti Bank, Akbank and Türkiye İş Bankası.

When the BIST 100 index reached its previous historic peak on May 22, 2013, the total market value of companies listed on the stock exchange was TL 657 billion ($180 billion). When we look at the 10 companies with the highest market value since then, it is striking that Koç Holding has advanced to first from its previous ranking of fifth, while Halkbank, Yapı Kredi and Anadolu Efes have lost their places on the "Top 10" list, replaced by Enka İnşaat, Tüpraş and Ereğli Demir Çelik.

'The story of a strong Turkey after the referendum'

Arif Ünver, chairman of the Association of Capital Market Investors (SPYD), said that the market value of the firms traded on the Borsa stock exchange after the recent rise soared to TL 718 billion ($197.2 billion).

Stressing that the total market value of the companies listed on the stock exchange in October 2007 was between $550 and $600 billion (TL 151 and TL 165 billion), Ünver said: "The rate of local and foreign investors in our market was not very different from what we see today in 2017. We have a Turkey with a strong story after the referendum. The expectation that structural reforms in the administration will be realized with rapid steps as a result of a faster decision-making mechanism will bring a strong story to Turkey."

According to Ünver, the total market value of the companies traded on Borsa might increase three to four times on the dollar basis over the next five to 10 years. Noting that it would be proper for account owners to plan their equity investments in accordance with the next five to 10 years, Ünver said: "We now have a Turkey with a strong story and a cheap asset price on a dollar basis. I think that individual investors in particular would benefit from this potential by making longer-term investment plans."

Stock market returns to May 2013 levels

The BIST 100 index rallied as of January 2017 and climbed to 92,424 points, approaching the historic peak it experienced before the Gezi Park protests in May 2013.

After seeing a record high level of 93,398.33 points in May 2013, the BIST 100 index continued its sales cycle for a long time starting with the end of May 2013. Despite pushing 92,000 points for the fifth time thus far, the index was unable to exceed this level.

However, it has exceeded 92,000 points for the first time since May 2013 and surpassed an important threshold on a lira basis. Also, it still has very significant return potential in dollar terms. The BIST 100 index, which reached 50,860 points in dollar terms in May 2013, is still at 25,300 points despite this year's rally.

Historically, the dollar-based peak of the BIST 100 index hovered between 50,000 points to 51,000 points, while the dollar-based base level stood between 20,000 points and 22,000 points. Serhat Gürleyen, research director at İş Yatırım, said that investors' interest in Borsa Istanbul, which has remained cheaper than its equivalents, has increased thanks to factors stemming from global and internal dynamics.

Stressing that the relaxation of 10-year bond rates in the global bond market supports equity markets, Gürleyen stated that expectations that the dollar will appreciate against other currencies are also being lowered.

Gürleyen noted that the expectations of investors and businessmen regarding the Turkish economy have improved since the Constitutional amendment package was approved in the referendum, adding that the stock market also priced the rising expectations.

Underlining statements made from the economy administration in the wake of the referendum and the global economy support markets, Gürleyen noted that these developments have allowed them to increase their growth expectations for the Turkish economy to 3.8 percent for 2017 and maintain their target of reaching 95,000 points in the BIST 100 index.

SAXO Capital Strategy Expert Cüneyt Paksoy indicated that the rise in dollar-lira parity to 3.94 in January with an upward trend that started before the U.S. presidential elections, causing the BIST 100 index to decline to 20,000 points from 30,000 points in dollar terms, which is considered very cheap compared to its equivalents.

"Taking into consideration 51.000 points, which is an all-time-high level, the Borsa Istanbul stock exchange is still considerably cheap. Moreover, the current levels represent very critical support in the long-term, big picture," he said. Paksoy noted that this cheapness is a means by which the BIST 100 index could be squeezed into a narrow band on the lira basis, to somewhere between 75,000 points and 78,500 points, accumulating a certain rise in potential. "The steps taken by the government regarding ongoing structural reform and incentives coming being brought into force allow expectations for economic growth to increase. The normalization process experienced in the currency exchange rate as a result of the Central Bank of the Republic of Turkey's (CBRT) efficient and tight monetary policy has brought about an expectation for a considerable rise of the Borsa Istanbul stock exchange."