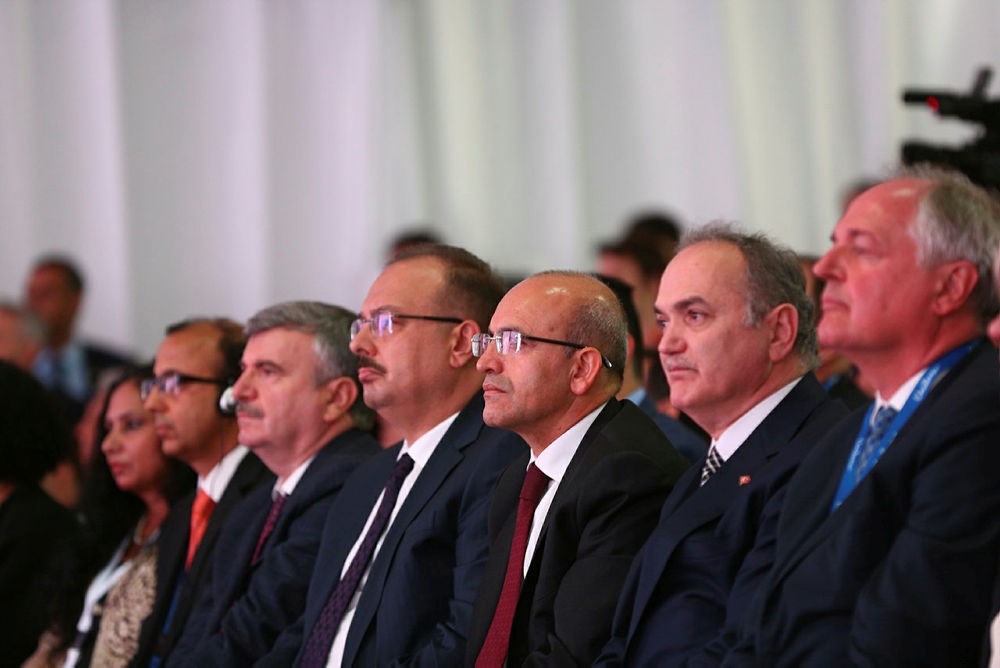 Deputy Prime Minister Mehmet Şimşek stated Thursday that the Turkish economy had survived several severe shocks and was now back on track, increasing the national income to enter the league of upper-middle-income economies.

Speaking at a factory opening ceremony in the central Anatolian province of Konya, Şimşek said that the worst phase for Turkey had ended and that he was optimistic regarding the future growth of the global economy.

"Turkey truly rose from its position in the lower-middle-income-group to the upper-middle-income group thanks to structural reforms which began in the 2000's. Turkey took a leap," Şimşek said, adding that the government would continue to carry out important reforms.

Şimşek emphasized the fact that the Turkish economy had been confronted with a range of crises, but had proven to be resilient, fighting off the shocks it was exposed to during the past years, namely the global crisis, the European debt crisis, ongoing unrest in the Middle East, as well as shocks within Turkey, including the July 15 coup attempt.

Şimşek offered the figures of 5.7 percent growth for the period of 2002-2016, beginning with when the AK Party acceded to government in 2002, while former growth rates ranged around 4.5 percent.

During his speech, Şimşek also pointed out that Turkey's perception abroad was distorted, and that geopolitical tensions have played a role. He said that, taking the international crisis into account, 5.7 percent could be considered a remarkable performance and also pointed out that the relative growth rate of the Turkish economy was much higher than that of the EU and other comparable entities.