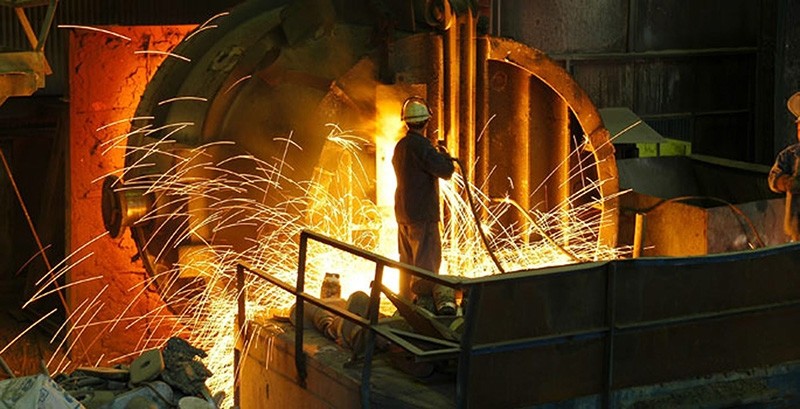 Turkish industrial output was higher in March compared to the same month last year, according to official data released on Monday.

A report from the Turkish Statistical Institute (TurkStat) revealed that Turkey's calendar-adjusted industrial production rose by 2.8 percent year-on-year in March 2017.

The term "calendar-adjusted" is used to refer to data that has removed calendar and holiday-originated effects.

Among three sub-indexes compared with the same month last year, the mining and quarrying index suffered by 3.8 percent in March 2017, according to the report.

The electricity, gas, steam and air conditioning supply index and the manufacturing index surged by 7.7 percent and 2.5 percent, respectively, in the month compared to March last year, according to TurkStat.

The report also showed that the production level was also higher -- 1.3 percent -- in the month compared with the figure from April 2017.

"When the sub sectors of the seasonally and calendar-adjusted industrial sector [based on 2010=100] were examined, mining and quarrying index increased by 2.1 percent, manufacturing index surged by 1.6 percent, while electricity, gas, steam and air conditioning supply index decreased by 1.1 percent in March 2017, compared with previous month," TurkStat said.

According to a survey conducted by Anadolu Agency's Finance Desk on Friday, the median estimate for annual industrial production in 2017 stands at 2.5 percent.

"When the seasonally and calendar-adjusted main industrial groupings (MIGs) were examined, the largest increase was in durable consumer goods by 6.4 % in March 2017, compared with previous month," the institute said.

The production of intermediate goods was the second best performer among the main industrial groupings -- 2.7 percent -- from the previous month.

Turkey's industrial output is deemed as a vital indicator for economy as it is seen as a preliminary gouge for Gross Domestic Products (GDP) growth of the country, which estimated to be 4.4 percent in 2017 according to Medium-Term Program of Turkey's Development Ministry.